A county organized crew took the sky to survey the ongoing emergency road work in Puna on Tuesday.

(ABOVE VIDEO) A different view of the ongoing emergency access road work in Puna. The County of Hawaii chartered a flight aboard Paradise Helicopters and asked Hawaii247.com’s Baron Sekiya to shoot some video of construction being carried out in response to the June 27 lava flow. Pilot Calvin Dorn provides some insight as they record.

PUNA, Hawaii – A county organized crew took the sky to survey the ongoing emergency road work in Puna on Tuesday.

Part of the job will involve connecting Nanawale Estates to Railroad Avenue via an extension of Kehau Road off Mauna Kea Road on the north end of the subdivision.

Here is an official county map of the roads undergoing improvement. 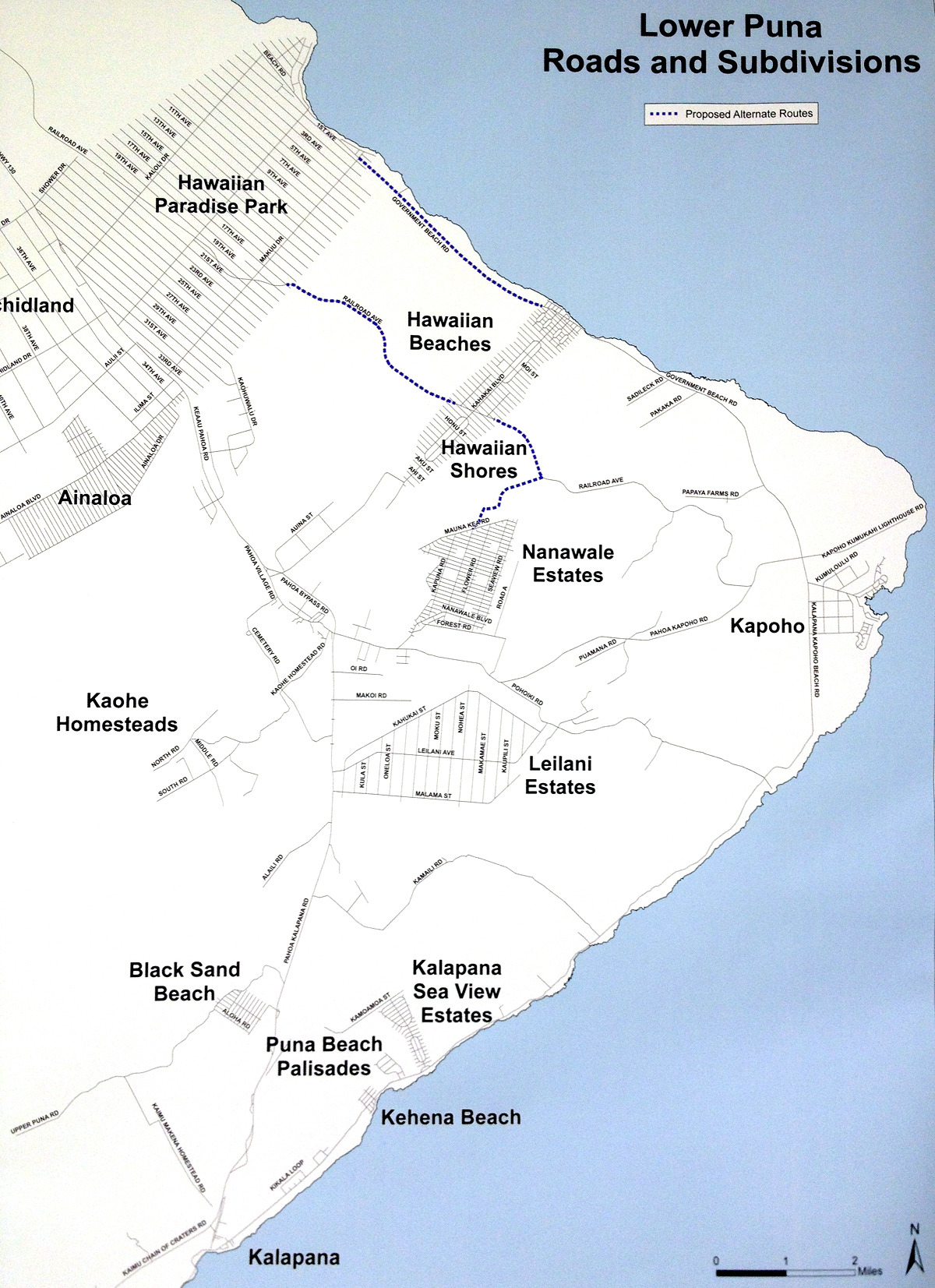 Photograph of an official Hawaii County map showing planned roadwork. Much of it is already well underway.

Road crews began working at 6:30 a.m. for the first time today (previously 7:30 a.m.) and will continue through sunset.

Ilagan also confirmed some troubling vandalism rumors. “Overnight, some of the equipment was vandalized and some diesel fuel was stolen,” he wrote. “Neighborhood Watches in the area are encouraged to be vigilant for suspicious activity. Under a state law approved this year (Act 111), petty misdemeanor criminal property damage during an emergency is elevated to a Class B felony punishable by up to 10 years in prison and a fine of up to $25,000.”