(ABOVE VIDEO) On Wednesday night at the King Kamehameha Kona Beach Hotel, Kalani Flores and Pua Case were given 10 minutes to speak during the public testimony portion of the Office of Hawaiian Affairs board meeting. The two Waimea residents talked about Pohakuloa Training Area (we’ll have that story later), and their ongoing struggle against the Thirty Meter Telescope.

Here is the film that was shown during the Flores / Case testimony. Pua said it was inspired by a letter to the editor that she wrote to the local newspaper. 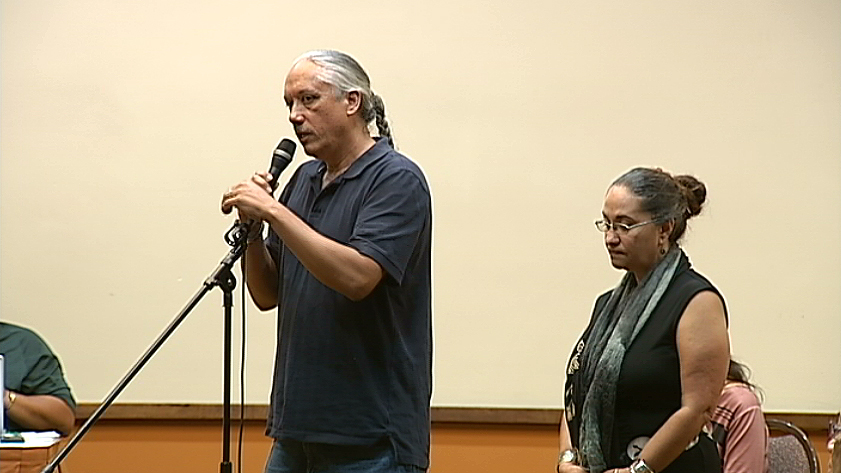 Kalani Flores and Pua Case address the OHA Board of Trustees in Kona, Sept. 17