The leading surface lava flow has not advanced since yesterday, but a small breakout continues heading northeast.

(ABOVE PHOTO) Still image taken from video shot by Mick Kalber of a Sept. 22 overflight aboard Paradise Helicopters

This map was posted by Hawaii County Civil Defense on Wednesday, Sept. 24. Close-up insert on top, wide out below. Full map can be found on the Civil Defense Active Alert website. 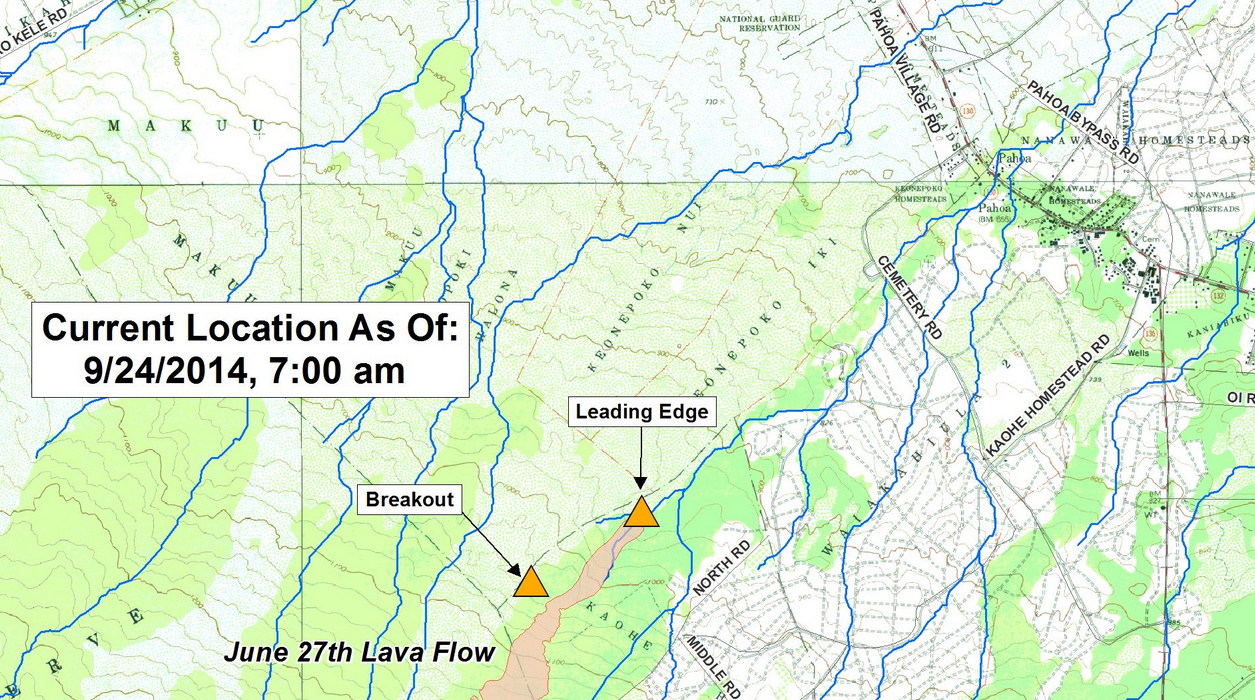 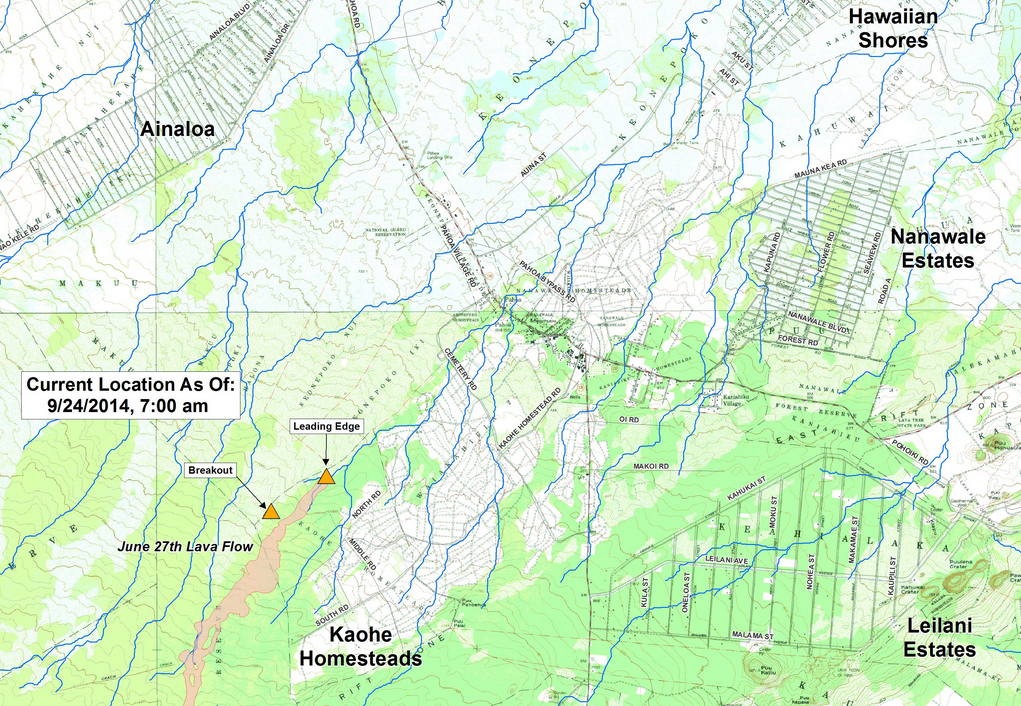 This morning’s assessment shows the leading surface lava flow has remained slow and has not advanced since yesterday. The flow front remains approximately 100 yards wide and again very little activity noted this morning. The small breakout flow upslope from the leading edge along the north flank continues and is moving in a northeast direction. That breakout has advanced approximately 100 yards since yesterday however remains further upslope and to the north and does not pose an immediate threat to area communities.

The brush fire that had been started by the lava flow this past Saturday has been contained and there is no active burning this morning.

We would like to thank everyone for your patience and understanding and your cooperation and assistance is greatly appreciated.Hawaii County Civil Defense, Sept. 24

A Civil Defense overflight this morning found no change at the front of the June 27th lava flow. Surface lava, however, remains active several hundred meters (yards) upslope, where a breakout was advancing into forest along the north edge of the flow. This breakout advanced another 90 m (100 yards) toward the northeast since yesterday morning and was moving in a northeasterly direction.

Breakouts also remain active closer to Puʻu ʻŌʻō, roughly midway along the length of the June 27th flow. None of these breakouts by itself has been very vigorous, but together they compose a significant portion of the total flow volume. Some of these breakouts are also producing smoke plumes as they creep into the forest along both the north and south edges of the flow.

Puʻu ʻŌʻō Observations: There was little net change in ground tilt at Puʻu ʻŌʻō over the past day, but there has been a very gradual inflation since mid-September. Glow was visible overnight above several outgassing openings in the crater floor. Three small, short-lived lava flows were erupted from a pit on the southeast side of the crater early this morning. The most recent sulfur-dioxide emission-rate measurement for the East Rift Zone was 350 tonnes per day (from all sources) on September 23, 2014.USGS Hawaiian Volcano Observatory on Sept. 24