EDITORIAL NOTE: After a visitor to our site questioned our previous headline, “VIDEO: Images Reveal Lava Breakout Becoming New Flow Front,” we have taken the criticism under consideration and changed the headline. While new maps published by USGS specifically attach the label “Sept 24 flow front” to the breakout, we agree that the previous headline could be seen as a forward looking statement.

(ABOVE PHOTO) A look at the stalled June 27 lava flow front and the breakout that is slowly advancing to the northeast, from Ena Media Hawaii / Courtesy of: Blue Hawaiian Helicopters

These photos come to us via Ena Media Hawaii on a Wednesday lava flow overflight courtesy Blue Hawaiian Helicopters. 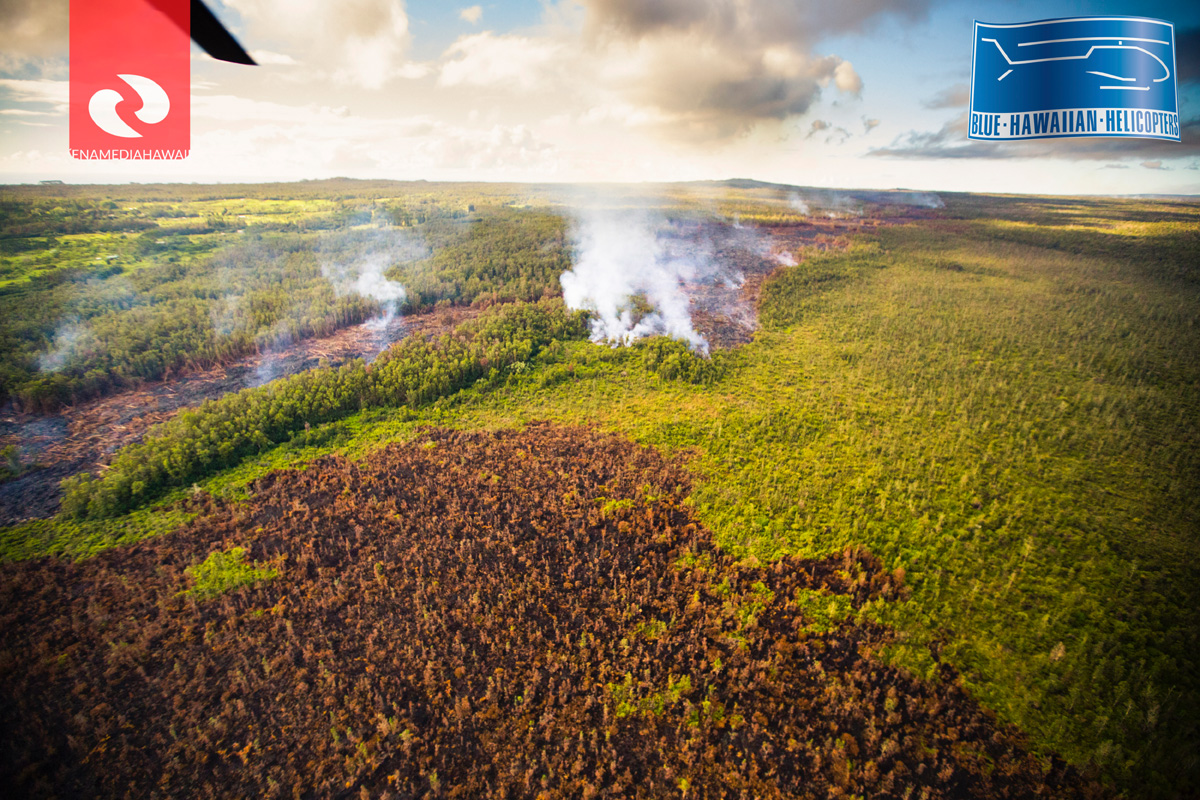 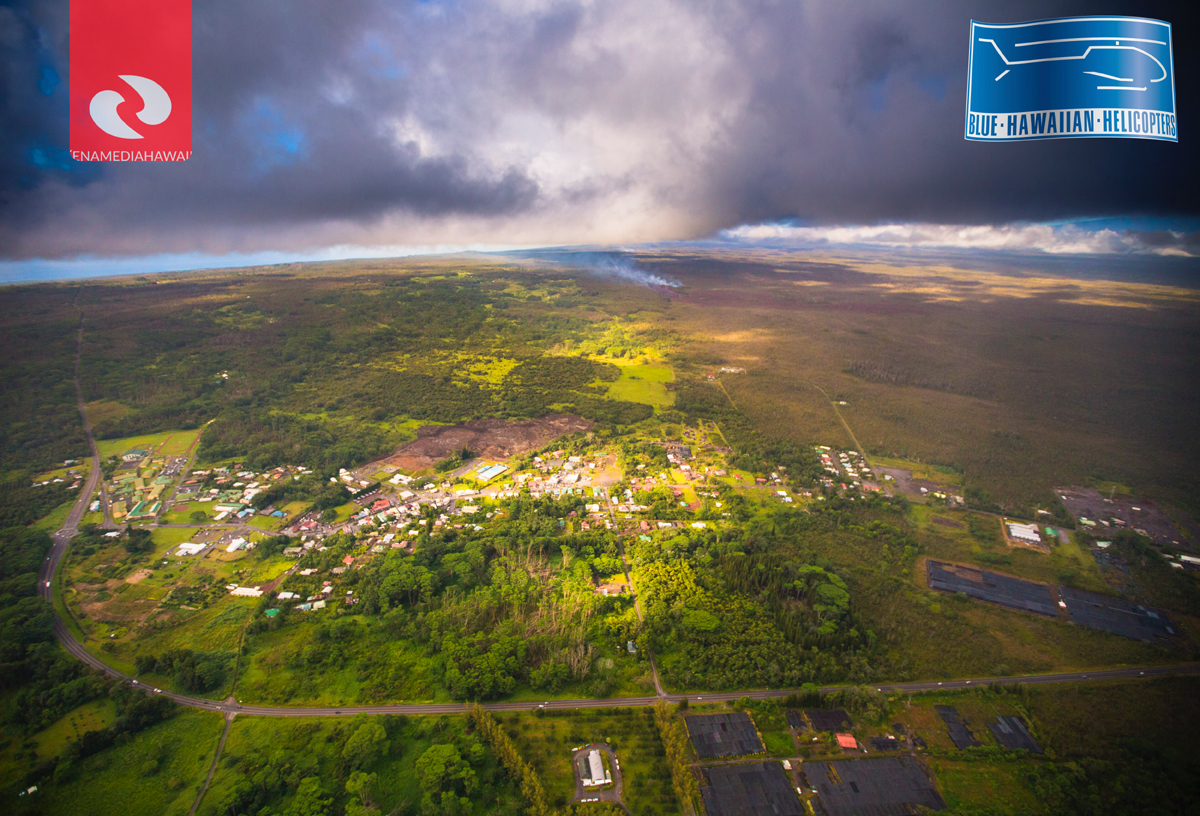 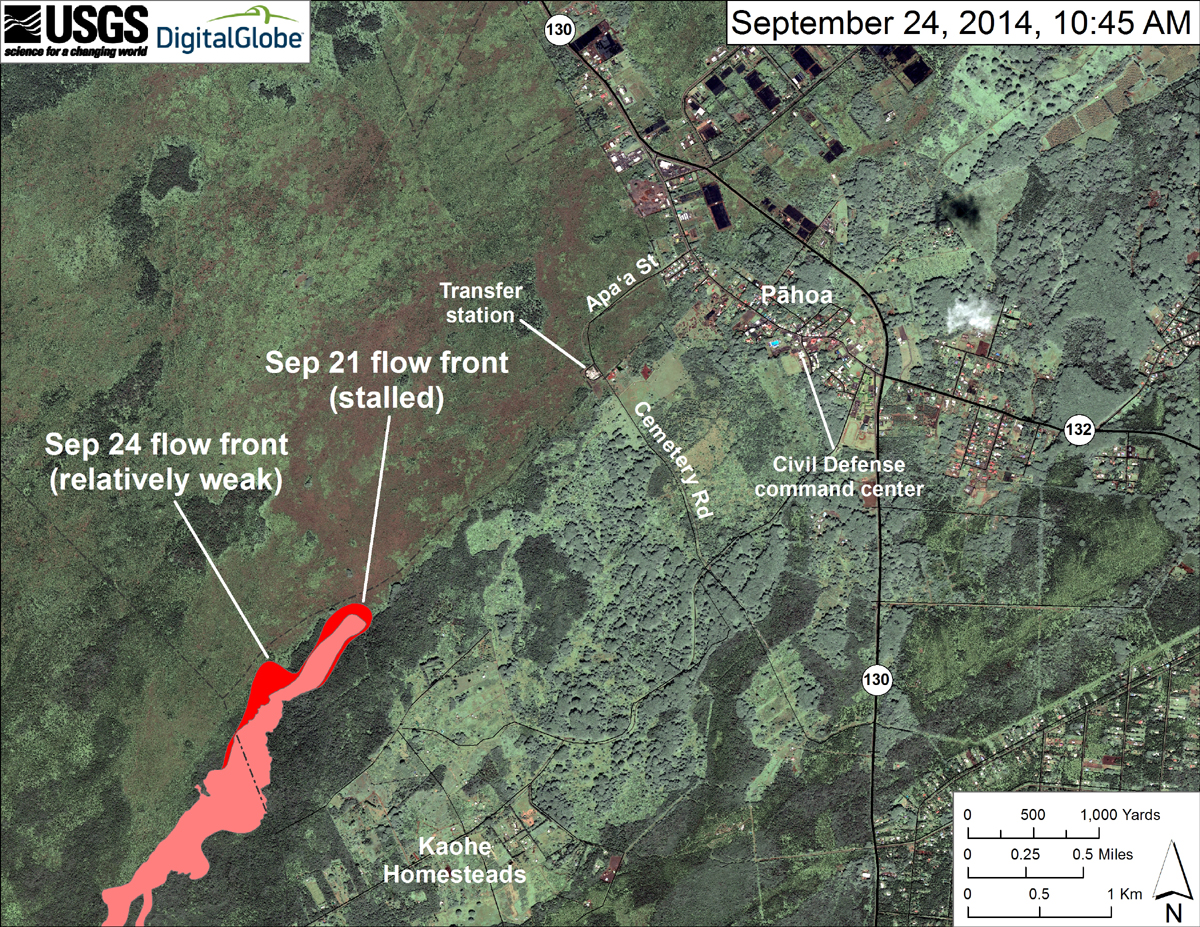 According to USGS HVO, “This map uses satellite imagery acquired in March 2014 (provided by Digital Globe) as a base image to show the area around the front of the June 27th lava flow. The flow front closest to the transfer station was inactive, but small, sluggish breakouts were scattered across the surface of the flow upslope from the stalled front. The most active breakout was advancing northeast from the north margin of the flow. Because the flow has not been advancing at its leading edge, we do not project its advance at this time.” 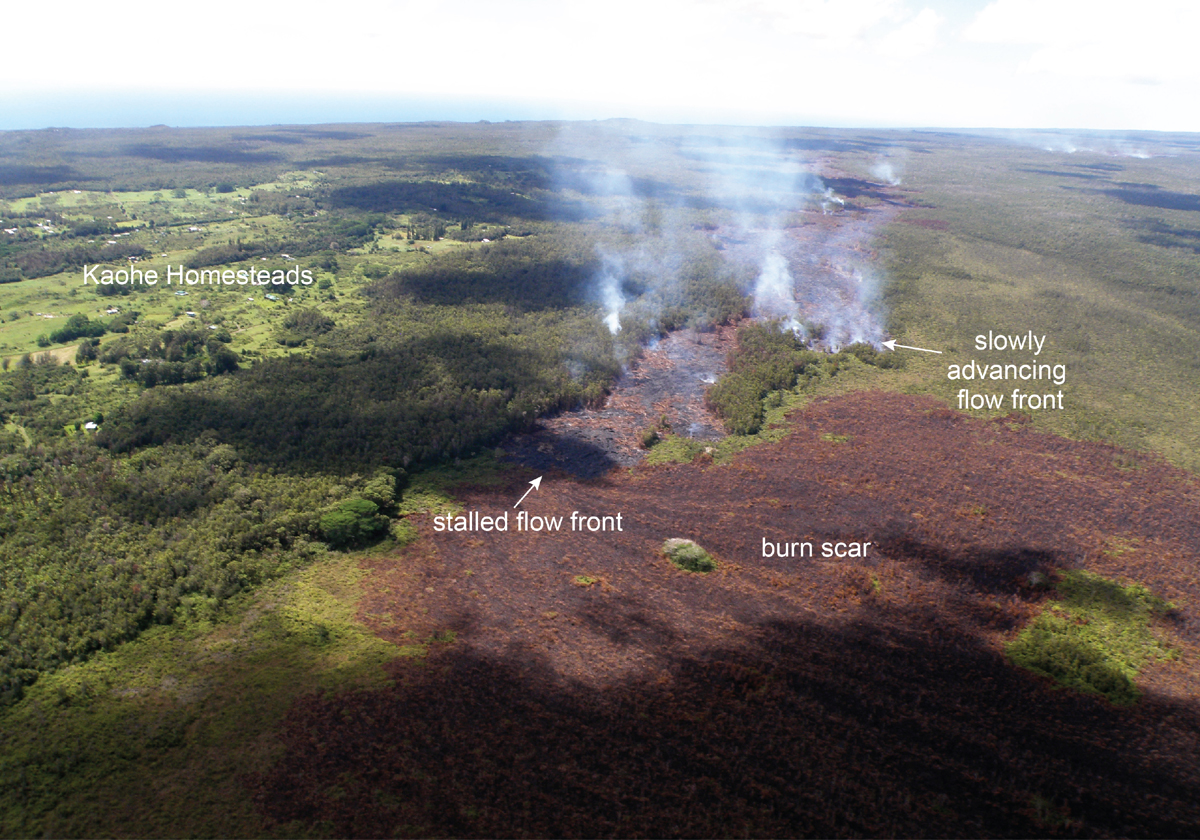 USGS posted this photo on September 24, saying, “The leading edge of the June 27th flow stalled over the weekend, but active breakouts persist near the flow front, a short distance behind this stalled front. Today, lava was slowly advancing on a different front, along the north margin of the flow. The burn scar from a brush fire triggered by the lava this weekend covers much of the lower portion of the photograph.” 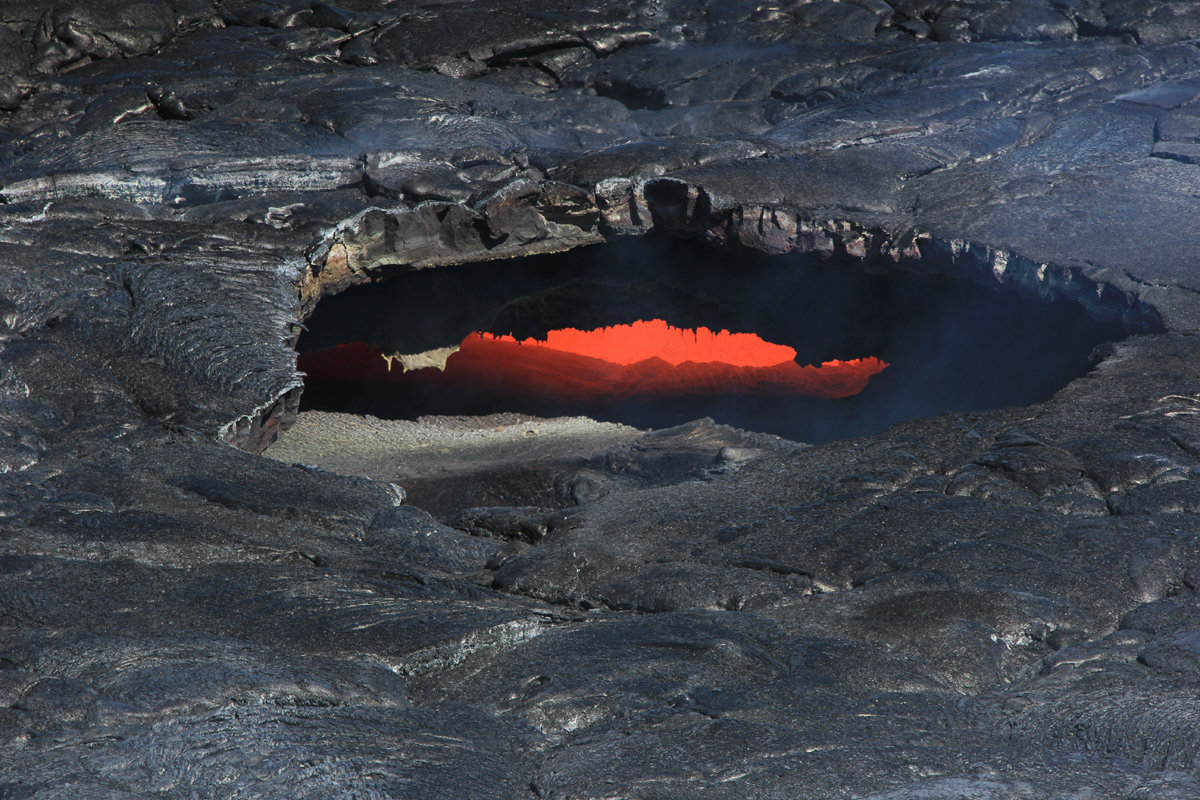