The flow front is not moving, but a lava breakout upslope has moved 70 yards northeast since yesterday.

Residents have been told to expect fluctuations in the lava advance rate. The current decrease in activity at the flow front does not mean the June 27 lava flow is finished. Scientists are looking for clues to explain the slowdown. They have noted the presence of small breakouts of lava at several points along the length of the June 27th flow. They saw lava actively moving through the tube from Puʻu ʻŌʻō, but said “the volume of lava appeared lower than documented last week.” We will see if inflationary ground tilt that began at the summit of Kilauea at about 3 p.m. on Wednesday afternoon translates to any changes in activity downrift. There was no net change observed in ground tilt at Puʻu ʻŌʻō over the past day, according to USGS HVO.

“Because the flow did not advance over the past few days,” scientists wrote in an update issued last night, “we do not offer a projection of its future movement. These estimates will be revised after our next overflight, now scheduled for Friday.”

This morning’s assessment shows the leading surface lava flow has remained inactive and has not advanced since yesterday. The flow front remains approximately 100 yards wide and again very little activity noted this morning. The small breakout flow upslope from the leading edge along the north flank continues and is moving in a northeast direction. That breakout has advanced approximately 70 yards since yesterday and remains further upslope and to the north and does not pose an immediate threat to area communities.

HELCO crews will be working in the Government Beach road area and digging holes to allow for the installation of power poles. This will result in the road being blocked and the public is advised to avoid the area and to use alternate routes to allow for these operations.

The public is reminded that the flow is not visible and cannot be accessed from any public areas. Access to the Kaohe Homesteads subdivision will remain restricted to area residents only.Hawaii County Civil Defense on Sept. 25

A Civil Defense overflight this morning found no change at the front of the June 27th lava flow. Surface lava, however, remains active several hundred meters (yards) upslope, where a breakout was advancing through forest along the north edge of the previously active portion of the flow. This breakout advanced another 65 m (70 yards) toward the northeast since yesterday morning and was moving in a northeasterly direction.

An overflight by HVO scientists on Wednesday confirmed the presence of small breakouts of lava at several points along the length of the June 27th flow, and also that lava was actively moving through the tube from Puʻu ʻŌʻō, although the volume of lava appeared lower than documented last week.USHS Hawaiian Volcano Observatory on Sept. 25 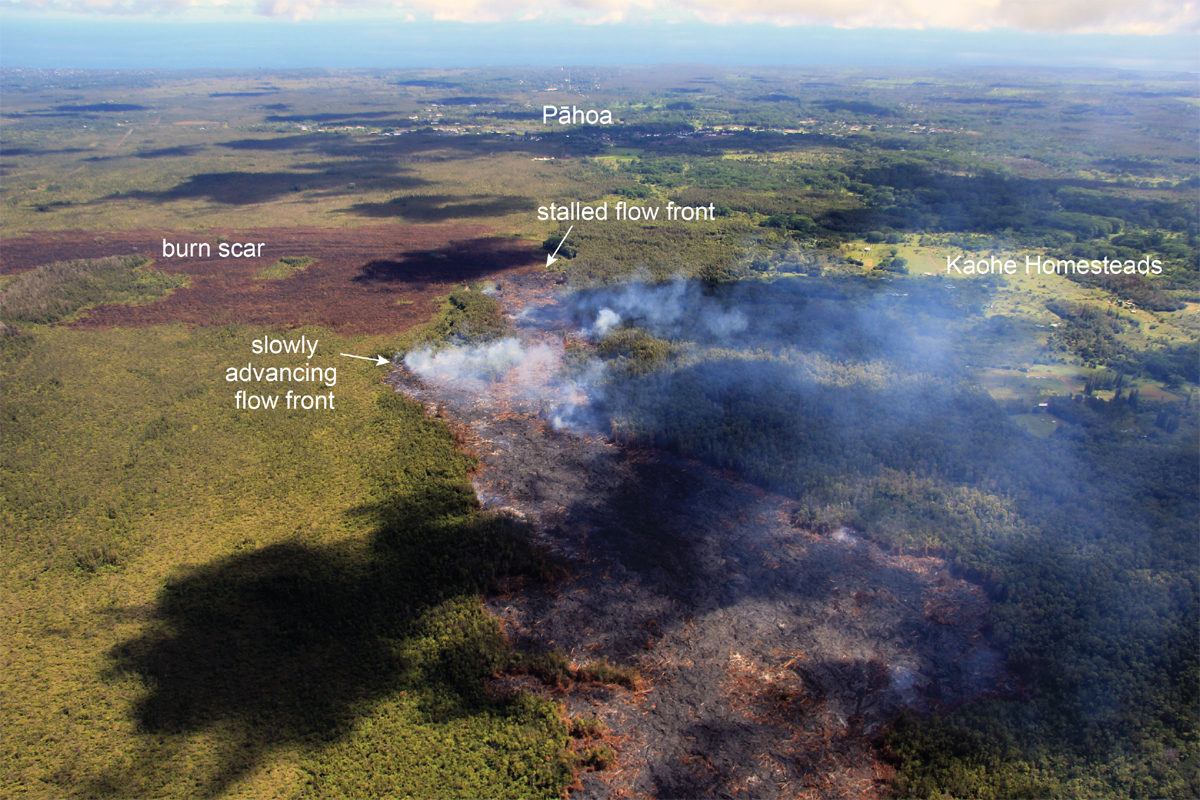 A view of the flow front courtesy the USGS HVO. Pāhoa can be seen near the top of the photograph, to the northeast, and is about 2.1 miles from the stalled flow front. 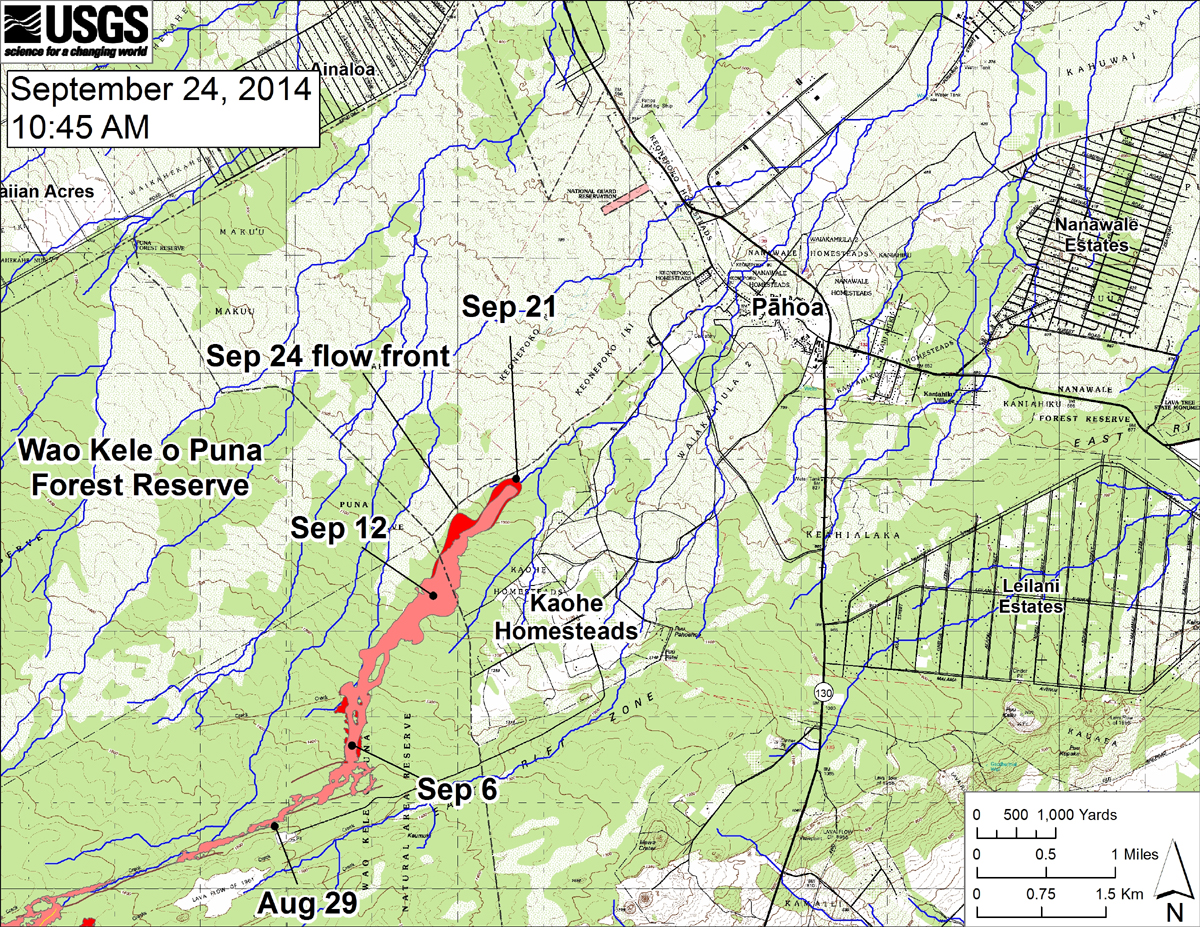 This map, posted on Wednesday by the USGS Hawaiian Volcano Observatory, shows the June 27th lava flow front in relation to nearby Puna communities. “The black dots mark the flow front on specific dates,” scientists wrote. “The latitude and longitude of the most-active, slowly advancing breakout on September 24 was 19.473080, -154.981264 (Decimal degrees; WGS84).”