A runaway brush fire burned between Pahoa and Ainaloa

(ABOVE VIDEO) Civil Defense message issued at 5:30 p.m. on Monday evening, with video of a fire chopper picking up water at the end of Kauakahi Place between Ainaloa and Pahoa for a drop on a runaway brushfire. 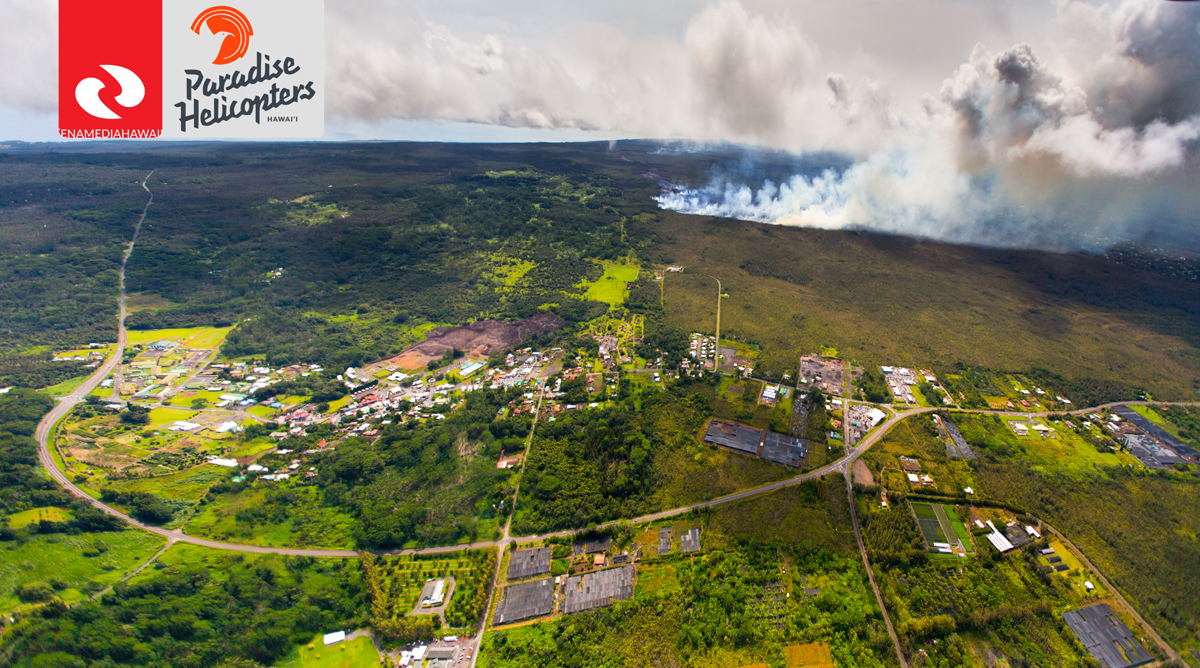 Photo of lava flow and brushfire taken Oct. 6 by Ena Media Hawaii / Paradise Helicopter. Residents of Ainaloa, Orchidland, Kea’au, even all the way up to Hilo, could smell the smoke, and in some cases, could feel the ash, for much of the day. 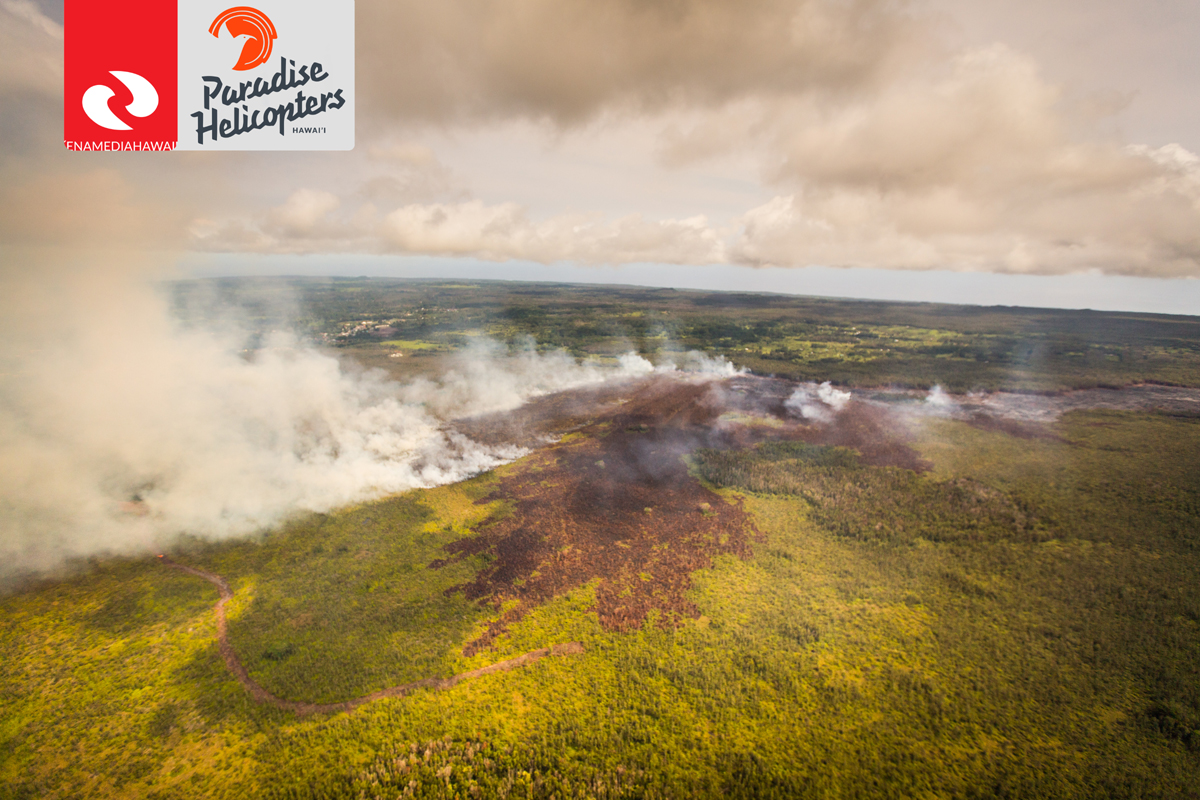 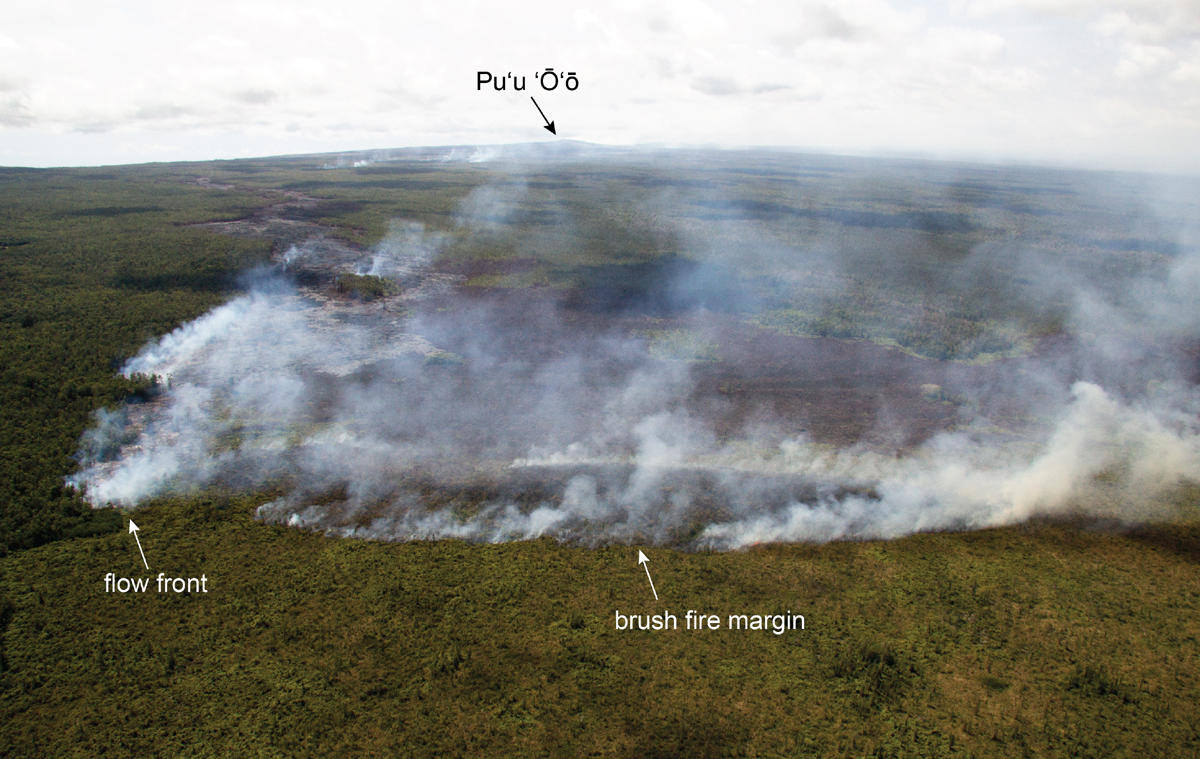 The lava flow also triggered a brush fire that was active north of the flow front this afternoon. This photo is courtesy the USGS Hawaiian Volcano Observatory.