The flow front has picked up in activity and is once again advancing towards Pahoa, slowly

(ABOVE PHOTO) When this USGS HVO photo was taken Monday evening, the flow was active along the northern boundary of Kaohe Homesteads subdivision, with brush fires along the flow margins creating thick plumes of smoke.

This morning’s assessment shows that the flow front has picked up in activity and has advanced approximately 30 yards since yesterday. The flow remains approximately 0.6 miles from the Apa’a Street area near the Pahoa Transfer Station. The very narrow finger along the east edge of the front also remains active and has advanced approximately 125 yards. This finger currently remains behind or in back of the flow front and moving in a northeast direction. There was very little burning activity and smoke conditions were light to moderate this morning.

The public is reminded that the flow is not visible and cannot be accessed from any public areas. Access to the Kaohe Homesteads subdivision will remain restricted to area residents only.Hawaii County Civil Defense on Oct. 12

A Hawaiian Volcano Observatory overflight yesterday afternoon found that the flow had moved no closer to Apaʻa St/Cemetery Rd over the weekend, but the flow front had widened and small breakouts were scattered across the flow from right at the front up to about 2 km (1.2 mi) upslope. One of these breakouts was a narrow lobe that has been advancing along the southeast edge of the flow since early last week, moving about 80 m (90 yd) per day on average. This lobe was a day or two away from overtaking the tip of the flow, if it keeps moving.

The only other breakouts observed on the flow were mid-way along its length, in the area where lava first entered cracks on August 18. There, activity was relatively weak and was focused along a narrow finger of lava has been moving toward the east within a shallow graben for the last few weeks. It intersected an older part of the flow within the crack system over the weekend. No other active surface flows were observed in this area.

Puʻu ʻŌʻō Observations: No significant change in eruptive activity or ground tilt was recorded at Puʻu ʻŌʻō over the past 24 hours. Seismic tremor remained low and relatively constant. Glow was visible overnight above several outgassing openings in the crater floor. The most recent sulfur-dioxide emission-rate measurement for the East Rift Zone was 450 tonnes per day (from all sources) on October 9, 2014.

Summit Observations: There was no significant change in ground tilt over the past day. The lava lake fluctuated between about 55 and 65 m (180–215 ft) below the rim of the Overlook crater (the floor of Halemaʻumaʻu) in response to variations in spattering on the lake surface.USGS Hawaiian Volcano Observatory on Oct. 12 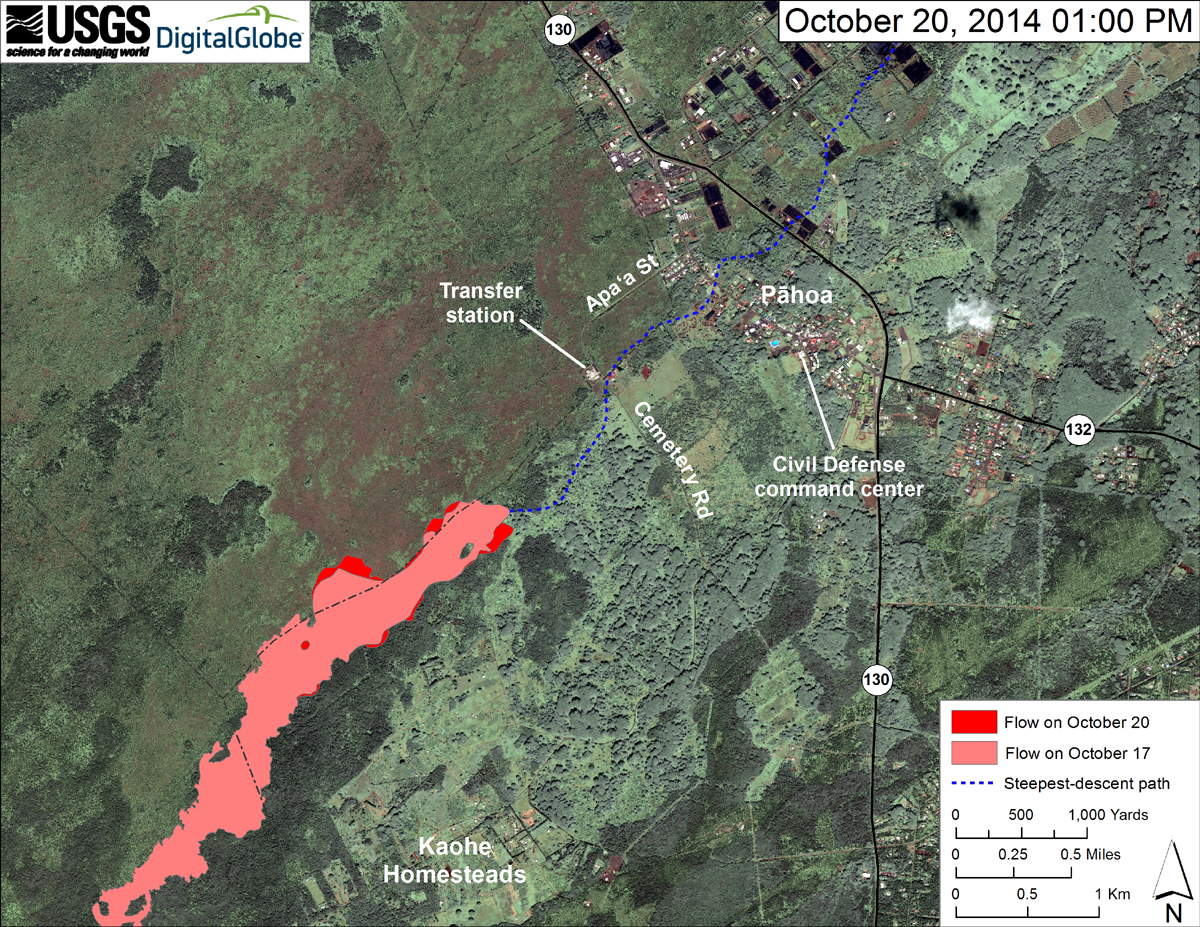 This map uses a satellite image acquired in March 2014 (provided by Digital Globe) as a base to show the area around the front of the June 27th lava flow. The area of the flow on October 17, 2014, at 7:40 AM is shown in pink, while widening and advancement of the flow as mapped on October 20 at 1:00 PM is shown in red. 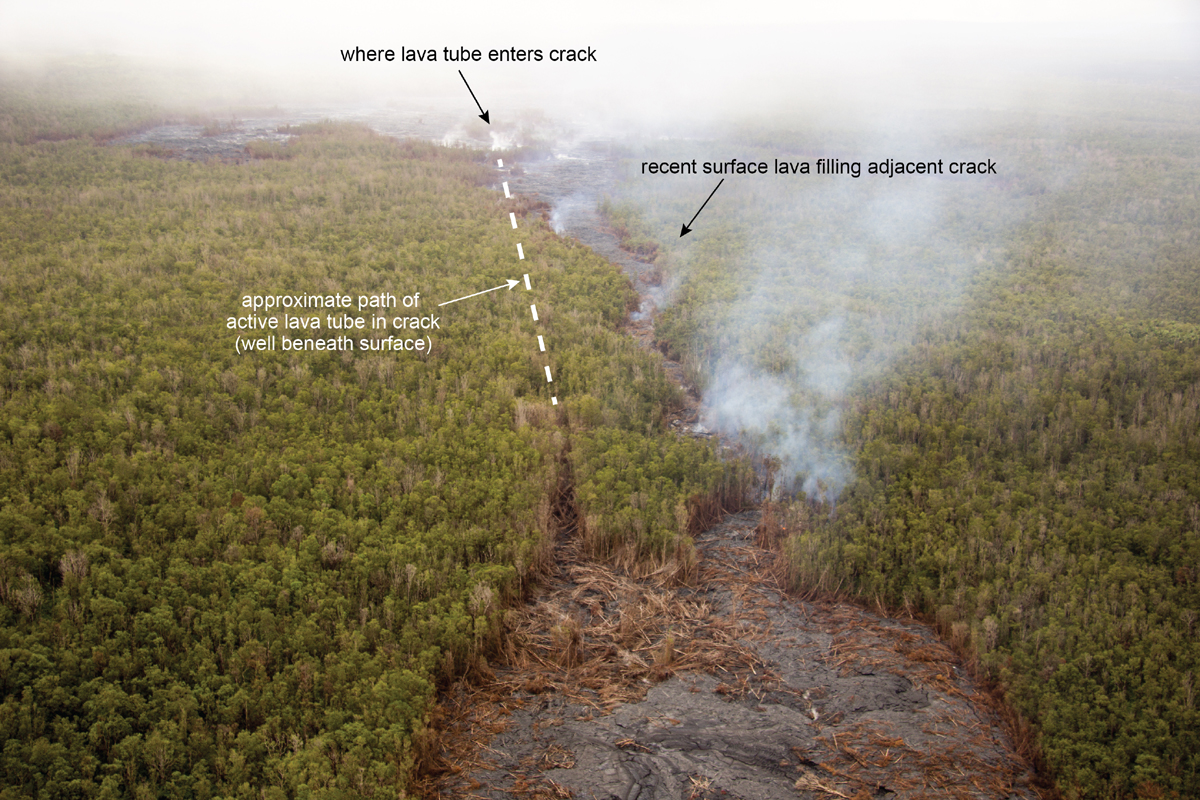 USGS HVO: “Upslope from the flow front, several breakouts are active around the crack system. These surface flows (marked by the smoke plumes) have filled in a ground crack that is immediately north of another crack. The southern crack, marked by the white dotted line, is the main crack that lava is traveling along below the surface. The lava is moving deep within this crack over a span of about 1.5 km (nearly one mile), before it surfaces at a pad of lava visible at the bottom of the photograph.”