Work begins Friday on the west side of the access route between the National Park and Kalapana along the historic Chain of Craters Road.

(ABOVE PHOTO) A bulldozer approaches the boundary at Hawai‘i Volcanoes National Park last week from the Kalapana side. NPS Photo/David Boyle

Motorists can expect traffic delays early Thursday and Friday mornings as large bulldozers and heavy equipment are transported from the summit of Kīlauea down the 19-mile stretch of Chain of Craters Road to the turnaround.

“We intend to reopen the closed area as soon as it is safe to do so and the bulldozers move closer to Kalapana,” said Park Superintendent Cindy Orlando. “But now is the time to take those last photos of the iconic ‘Road Closed’ sign before it is removed on Friday,” she said.

Last week, bulldozers from the Kalapana side graded the 2.2-mile portion of Highway 130 covered in lava to where it meets the park boundary and becomes Chain of Craters Road. This week, crews start to grade the 5.4 miles through the park to the Kalapana boundary. The work is being done by the County of Hawai‘i, and overseen by the National Park Service and Federal Highways Administration.

Opened in 1965, Chain of Craters Road has been covered and blocked by lava for 37 years of its 49-year existence.

The emergency route is being built to assist residents of lower Puna, whose access to the rest of the island would be cut off if lava from Kīlauea Volcano’s June 27 flow reaches the ocean.National Park Service media release 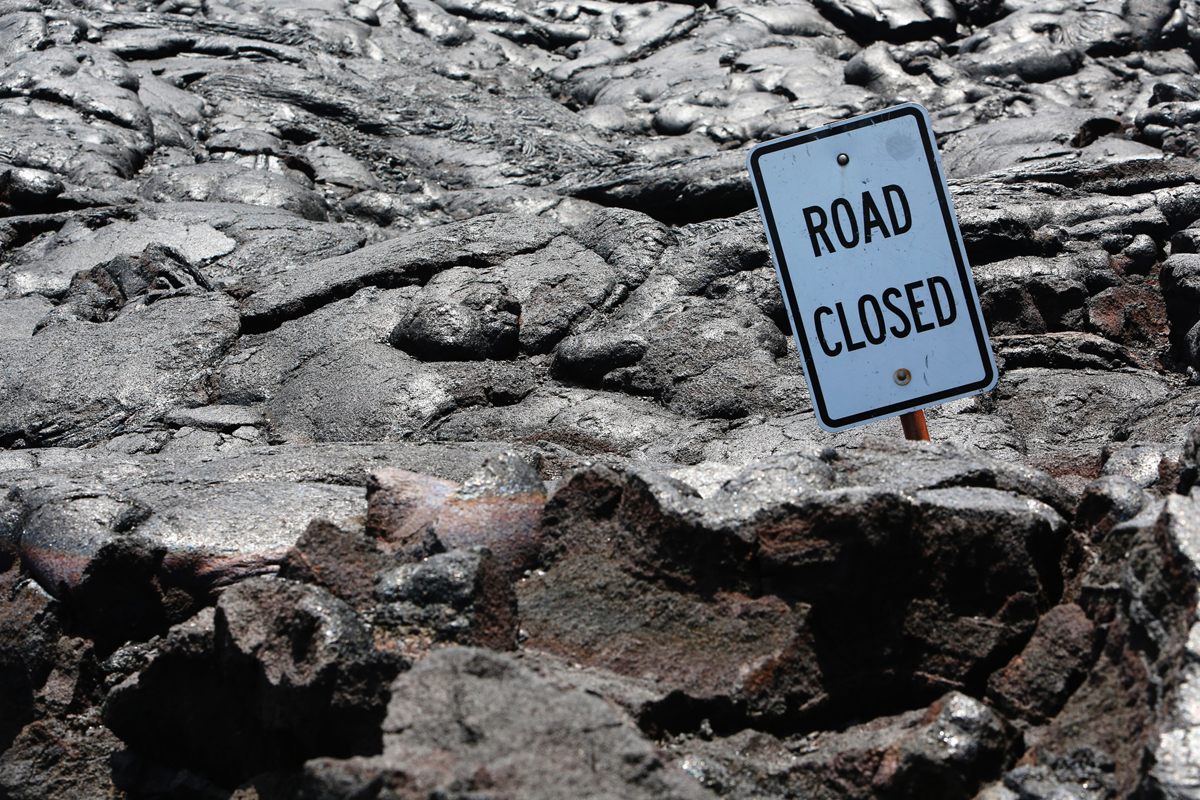 I am pleased to see construction will soon begin on the expansion of Chain of Craters Road. The two-lane road is critical to the Puna community and will ensure that residents have access to the rest of the Big Island. I will continue to work with Mayor Kenoi and the National Park Service to ensure construction remains on track and moving forward.”U.S. Senator Brian Schatz on Oct. 21, 2014