Lava is only 250 yards away from Cemetery Road near the Pahoa Transfer Station.

(ABOVE VIDEO) Friday morning civil defense message with footage from Thursday evening along Apa’a Street and the Pahoa Transfer Station.

Ena Media Hawaii and Blue Hawaiian Helicopters took an overflight this morning, and captured just how close the flow is to Apa’a Street. 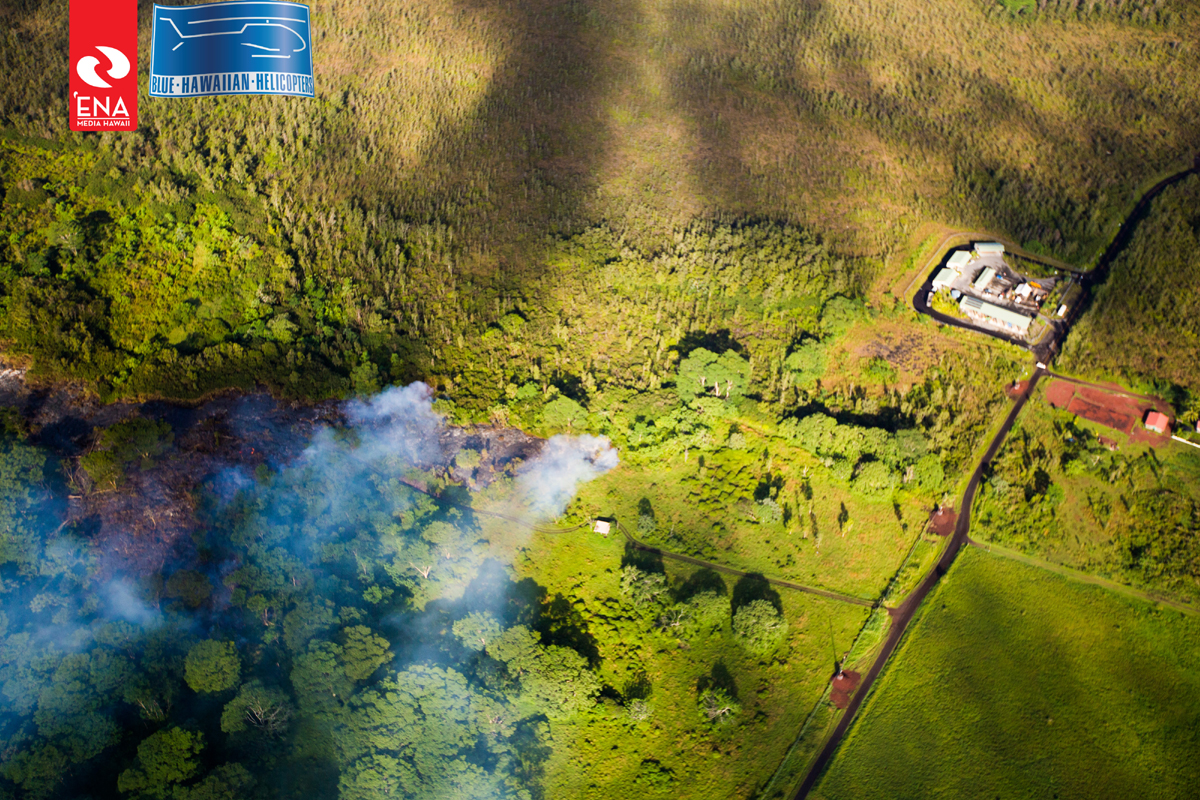 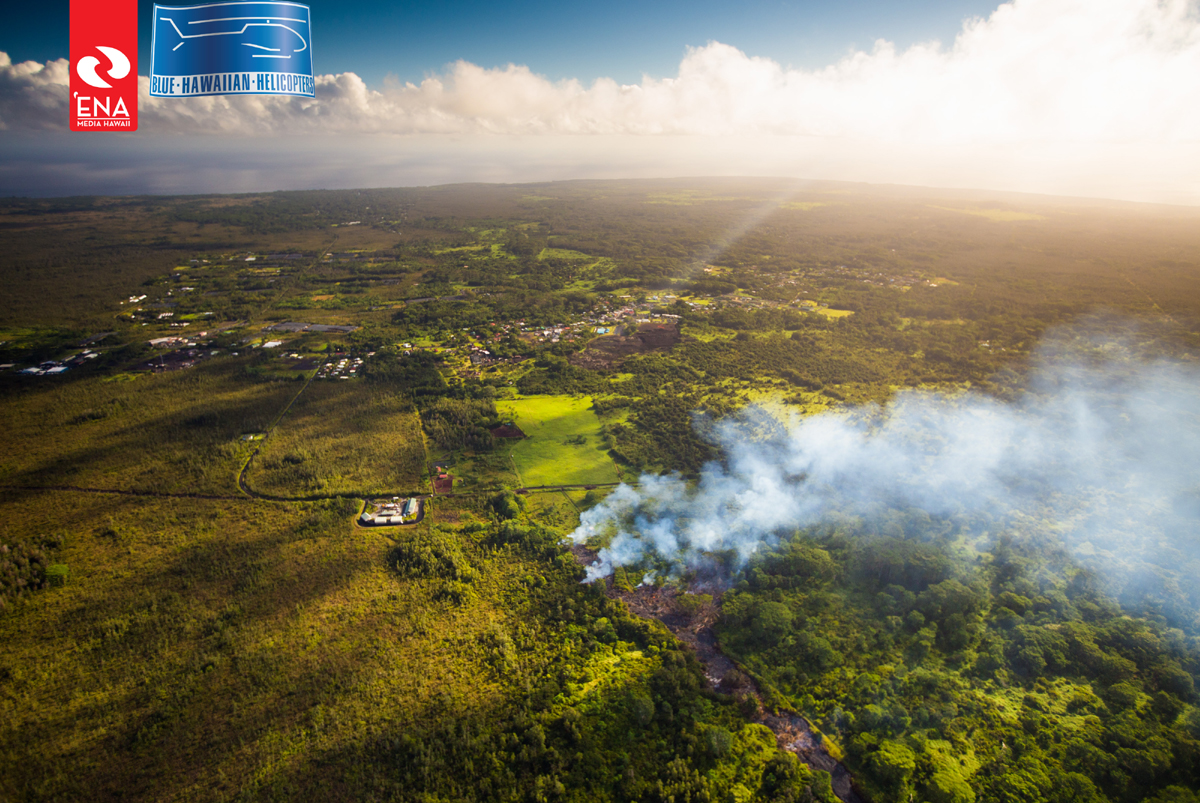 This morning’s assessment shows that the flow has advanced approximately 300 yards since yesterday. This flow front is active and moving in a northeast direction. Currently the leading edge of the advancing flow is approximately 250 yards from the Apa’a Street area near the Pahoa Transfer Station. There was very little burning activity and smoke conditions were moderate. There is no brush fire threat at this time.

With the change in flow activity and advancement, Apa’a Street and Cemetery Road will remained closed between the Pahoa Transfer Station and the Kaohe Homesteads Road. In addition, Civil Defense and public safety personnel will be operating in the area round the clock to maintain close observations of flow activity.Hawaii County Civil Defense on Oct. 24 at 7:45 a.m. HST

HVO scientists monitored the distal portion of the June 27th flow on foot yesterday afternoon. The rate of advance of the narrow lobe that is now the leading edge of the flow was about 420 m/day (460 yd/day), consistent with the rate measured by Civil Defense the previous day. Localized topography is keeping the lobe from spreading out, resulting in the narrow, fast-moving flow.

Puʻu ʻŌʻō Observations: A tiltmeter on Puʻu ʻŌʻō cone recorded very slight inflationary ground tilt over the past 2 days. Seismic tremor remained steady. Glow was visible overnight above several outgassing openings in the crater floor, but there were no significant changes in activity within the crater. The most recent sulfur-dioxide emission-rate measurement for the East Rift Zone was 450 tonnes per day (from all sources) on October 9, 2014.

Summit Observations: Tiltmeters at the summit recorded very slight inflationary tilt over the past two days. The lava lake level fluctuated slightly, as usual, but there was no significant net change over the last day.USGS Hawaiian Volcano Observatory on Oct. 24