The first residential structure has been claimed by the lava flow, and the moment was captured on video from the air.

(ABOVE VIDEO) Civil Defense administrator Darryl Oliveira describes how the lava entered onto residential property for the first time in Pahoa this morning, eventually burning down a nearby farm structure.

At 4:30 a.m. Tuesday, the lava flow entered onto private property in Pahoa. The County of Hawaii filmed the advance of the lava and distributed to media. Shortly after 7 a.m. on an adjacent property, the flow burned down a 115 sq. ft. wooden structure being used for agricultural purposes. It has the distinction of being the first residential structure to be claimed by the lava flow, and the moment was captured from the air by Mick Kalber of Tropical Visions Video aboard Paradise Helicopters. 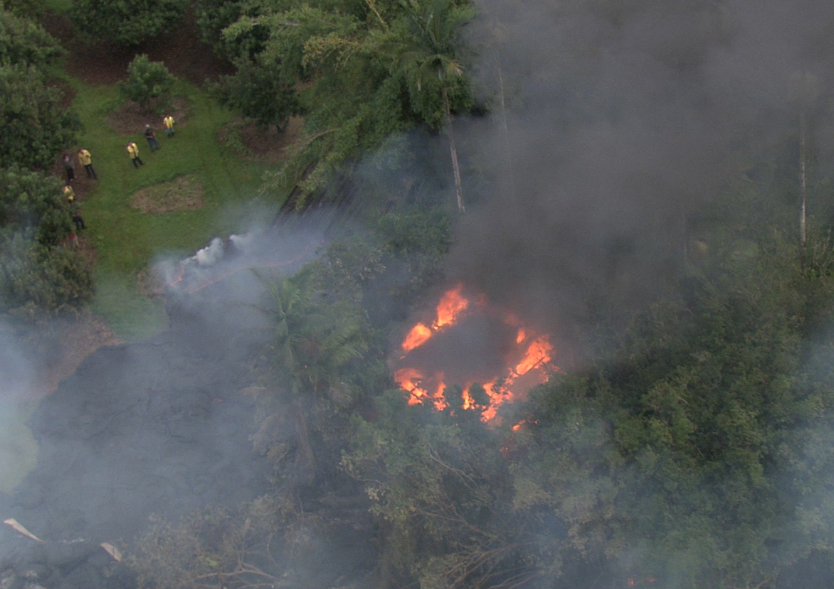 Still from video showing the farm structure burning from lava in Pahoa on Oct. 28