The flow has stalled, but scientists warn it is possible that the lava may advance again without warning. 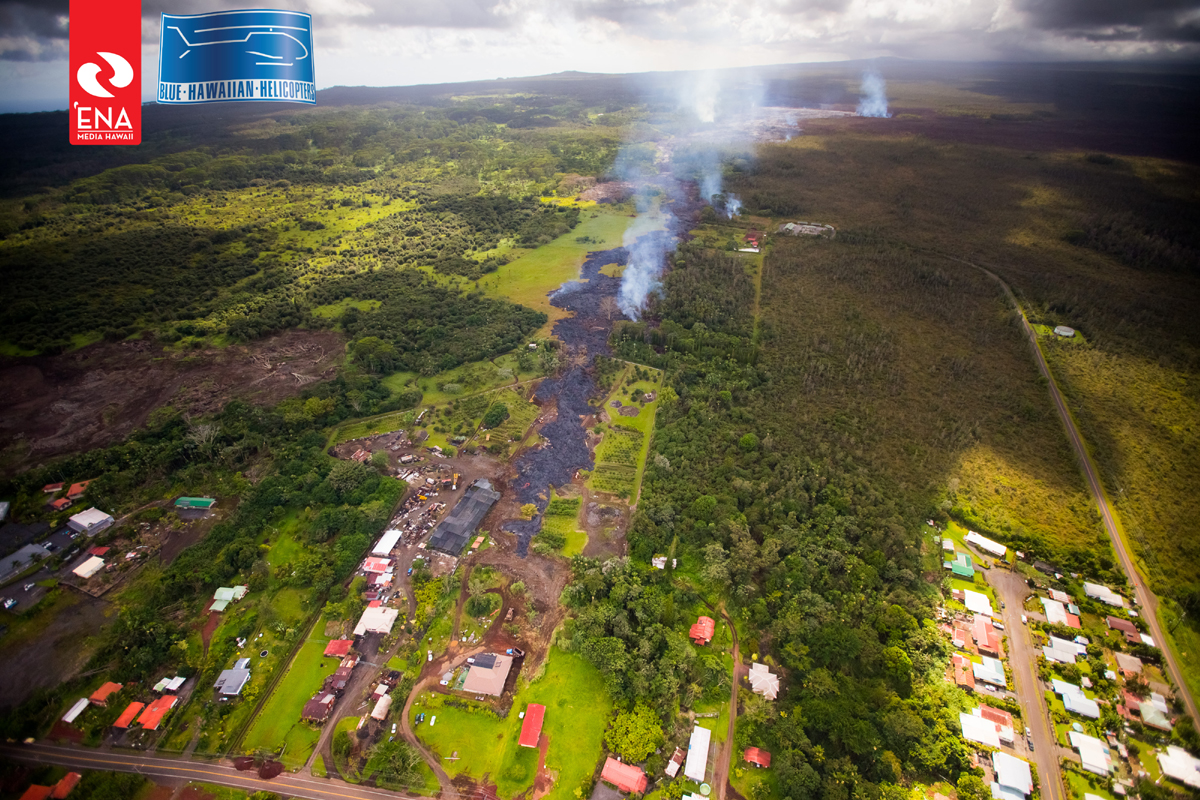 This photo, taken on October 30, illustrates the different breakouts on the north side of the flow. This image is courtesy ‘Ena Media Hawai’i/Blue Hawaiian Helicopters.

Scientists of the USGS Hawaiian Volcano Observatory conducted ground observations of the June 27th lava flow on Thursday, October 30, 2014. As of 5 PM, HST, the leading edge of the flow had stalled approximately 155 meters (170 yards) in a straight line distance from Pāhoa Village Road. The flow advanced only about 30 meters (33 yards) over the past 24 hours. The leading edge is inflated with a few small oozing breakouts just behind the flow front, however, so it is possible that the flow may advance again without warning.

A new outbreak of lava occurred from the northern margin of the lava flow in a forested area about 100 meters (110 yards) downslope (northeast) of the Pāhoa cemetery. This flow was moving downslope along the north margin of the existing flow as of 5 PM. This breakout is now the major locus of activity on the lower part of the June 27th lava flow field.

The breakout of lava on the north margin of the flow above Apa`a Street, near the Pāhoa transfer station, is still active, and the dominant part of the breakout was advancing at a rate of 7-8 meters (8-9 yards) per hour. This lobe was about 100 meters (110 yards) upslope of Apa`a Street at 5 PM.

DI deflation continued at the summit, having accumulated about 2.5 microradians of deflationary tilt since Wednesday afternoon. The deflation was accompanied by a several-meter (yard) drop in the level of the summit lava lake as is typical for such events. Deflation during DI events is often associated with a decrease in the eruption rate of lava from Puʻu ʻŌʻō, which may result in a decrease in the level of activity at the flow front in the coming days. An instrumental malfunction at the tiltmeter located on Puʻu ʻŌʻō is temporarily preventing an analysis of ground tilt there. USGS Hawaiian Volcano Observatory on Oct. 30 at 6:17 p.m. 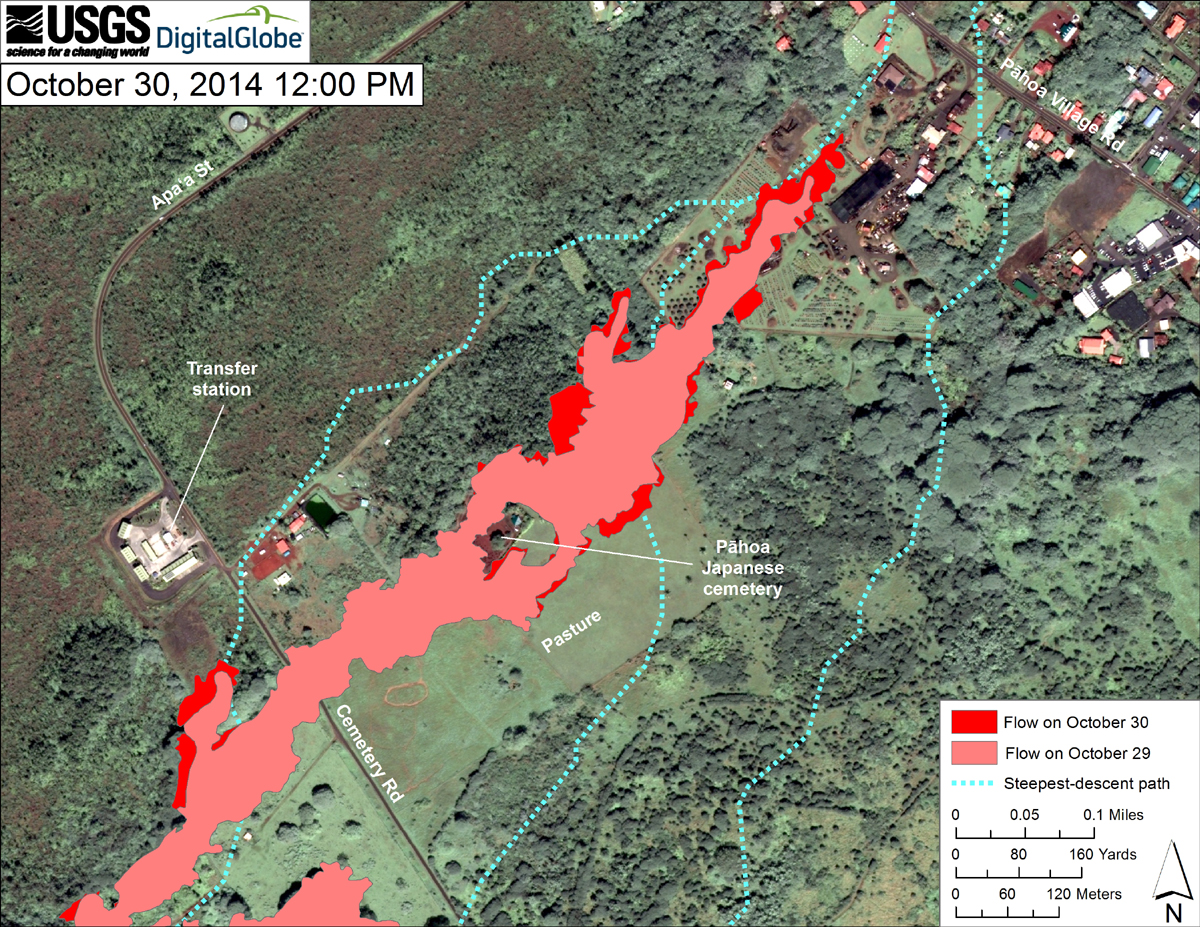 This map uses a satellite image acquired in March 2014 (provided by Digital Globe) as a base to show the area around the front of the June 27th lava flow. The area of the flow on October 29, 2014, at 11:30 AM is shown in pink, while widening and advancement of the flow as mapped on October 30 at 12:00 PM is shown in red. The latitude and longitude of the front of the narrow finger of lava advancing toward Pāhoa was 19.49590, -154.95256 (Decimal Degrees; WGS84). The dotted blue lines show steepest-descent paths in the area, calculated from a 1983 digital elevation model (DEM).

Steepest-descent path analysis is based on the assumption that the DEM perfectly represents the earth’s surface. DEMs, however, are not perfect, so the dotted blue lines can be used to infer only approximate flow paths. For calculation details, see http://pubs.usgs.gov/of/2007/1264/. (see large map)USGS Hawaiian Volcano Observatory on Oct. 30 at noon