Friday's Civil Defense media conference call gets into elevated crimes and the need to deter during an emergency.

(ABOVE VIDEO) Part of Friday’s Civil Defense media conference call having to do with the recent arrest of alleged trespassing lava viewers, and unofficial reports of looting in the lower Puna area.

During Friday’s media conference call on the Pahoa lava flow, Civil Defense administrator Darryl Oliveira spoke briefly about the recent arrest of two Puna residents, sixty-five-year-old Ruth Crawfort of Ainaloa and 59-year-old Stephen Koch of Nānāwale, both charged with second-degree criminal trespassing for having made their way to within five feet of the active lava flow to take pictures. The conversation drifted into recent accounts of looting in the Puna area, although Hawaii County Police say they have not had a large uptick in that sort of crime. Later that same day, however, police issued a media release detailing the arrest of 33-year-old Blaine Faris III of Honomū, who is being charged with the enhanced offense of burglary of a dwelling during an emergency declaration for a break-in in the Nānāwale Estates subdivision on October 19. 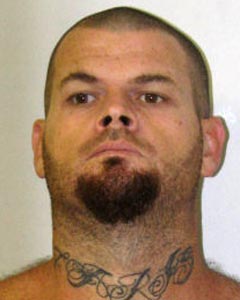 A 33-year-old man faces the enhanced offense of burglary of a dwelling during an emergency declaration for a break-in in the Nānāwale Estates subdivision in Puna.

On October 19, someone made unlawful entry into a house on Kehau Road and removed various items, including a car. Police identified the suspect as Blaine Faris III of Honomū.

He was arrested Thursday (October 30) and charged with unauthorized control of a propelled vehicle and burglary of a dwelling during an emergency declaration, which enhances the burglary from a B felony to an A felony punishable by up to 20 years in prison with no possibility of probation. His bail was set at $60,000. He was held at the Hilo police cellblock until his initial court appearance on Friday (October 31).

On September 4, Mayor Billy Kenoi proclaimed a state of emergency for the Puna District under Act 111 of the 2014 Hawai‘i State Legislature. As a result, the classifications of certain crimes are elevated while the emergency proclamation is in effect.Hawaii County Police Dept. on Oct. 31, 2014