New video shows lava seeping into a large fishpond and cascading into the area of the transfer station.

(ABOVE VIDEO) New video filmed on Tuesday from the ground courtesy Hawaii County and from the air courtesy Mick Kalber / Paradise Helicopters. Audio taken from the 11:30 a.m. media conference call.

This afternoon’s assessment shows that the flow front remains stalled with very little activity and has not advanced.

The Pahoa Village Road between Apa’a Street and the Post Office Road will remain closed and limited to area residents only. We apologize for any inconvenience the road closure may be presenting with and remind everyone that access to the businesses in the Pahoa area can be made via the Pahoa Village Road from the intersection of Highway 130 and Highway 132.

Civil Defense and public safety personnel will be continuing operations in the area round the clock to maintain close observations of flow activity. Additional updates will be broadcasted as conditions change.Hawaii County Civil Defense on Nov. 11 at 5 p.m. HST

Scientists of the USGS Hawaiian Volcano Observatory conducted ground observations of the June 27th lava flow below Apa`a St. and Cemetery Road earlier today, November 11, 2014. Small lava breakouts from the main lava tube were observed on the north side of the flow in the vicinity of the cemetery and within about 200 m (220 yd) downslope. The lava breakout above Apa`a St. that began Sunday morning and separated into three lobes was still active as shown by inflation features and breakouts near the transfer station, downslope of the house that was destroyed on November 10, and along the north margin of the main tube upslope of the cemetery.

An overflight is scheduled for early Wednesday morning.USGS Hawaiian Volcano Observatory on Nov. 11 at 5:28 p.m. HST 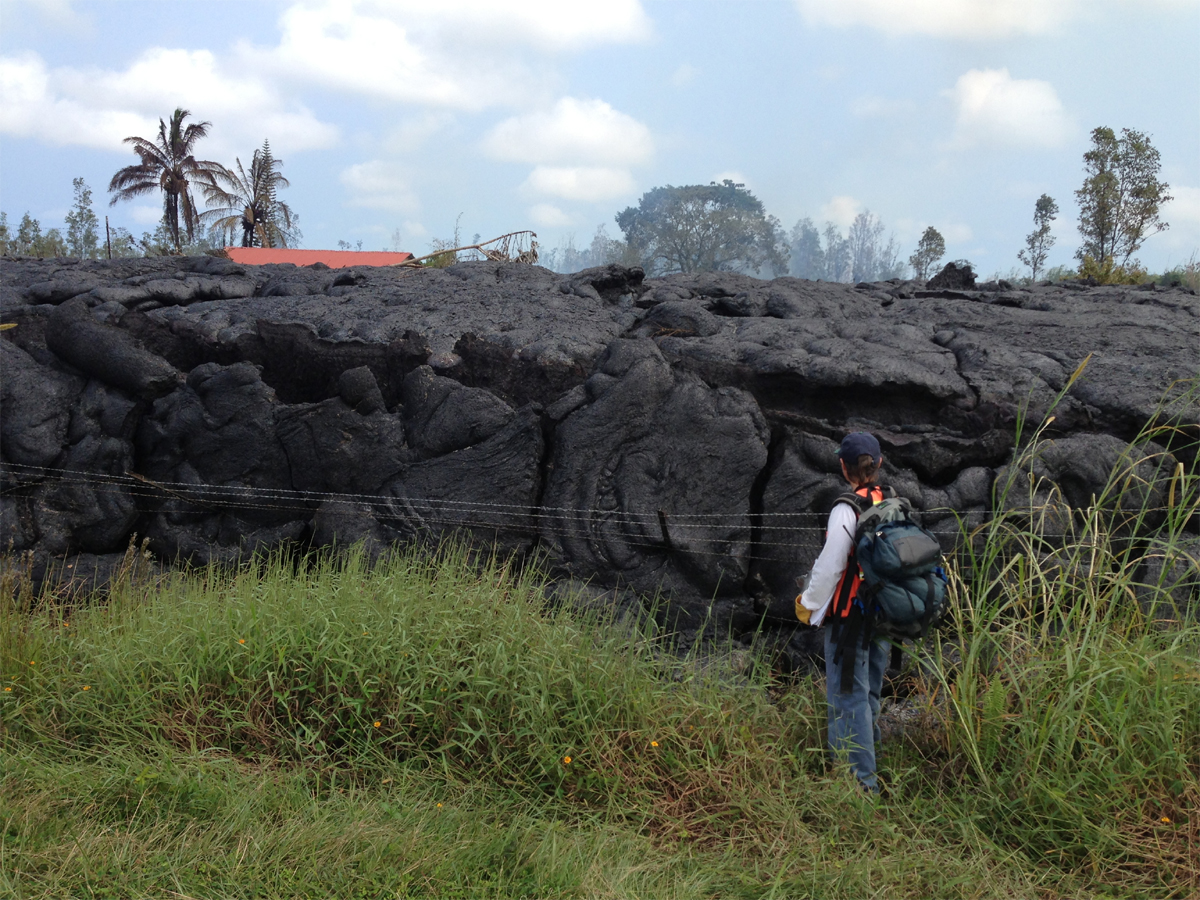 USGS HVO photo posted on Nov. 11 shows the flow lobe that destroyed a residence on Monday has also inflated significantly. Here, an HVO geologist examines the margin of that lobe. A barbed wire fence was surrounded and tilted towards the camera as the flow inflated, so that the fence is now nearly horizontal. The red roof in the background is the garage structure near the house that burned on Monday. The garage was still standing as of noon on Tuesday.