Pahoa is quiet, but emergency officials have not called it a day as the system remains active upslope.

(ABOVE VIDEO) View on November 17 looking downhill toward the stalled tip of the flow and Pāhoa Village Road, courtesy the USGS Hawaiian Volcano Observatory. The transfer station is visible in the left of photo with stalled lava just within its boundary.

Smoke conditions are light with a light trade wind blowing the smoke in a south southwest direction. Smoke conditions may increase in some areas and residents down wind that may be sensitive or have respiratory problems are advised to take necessary precautions and to remain indoors. 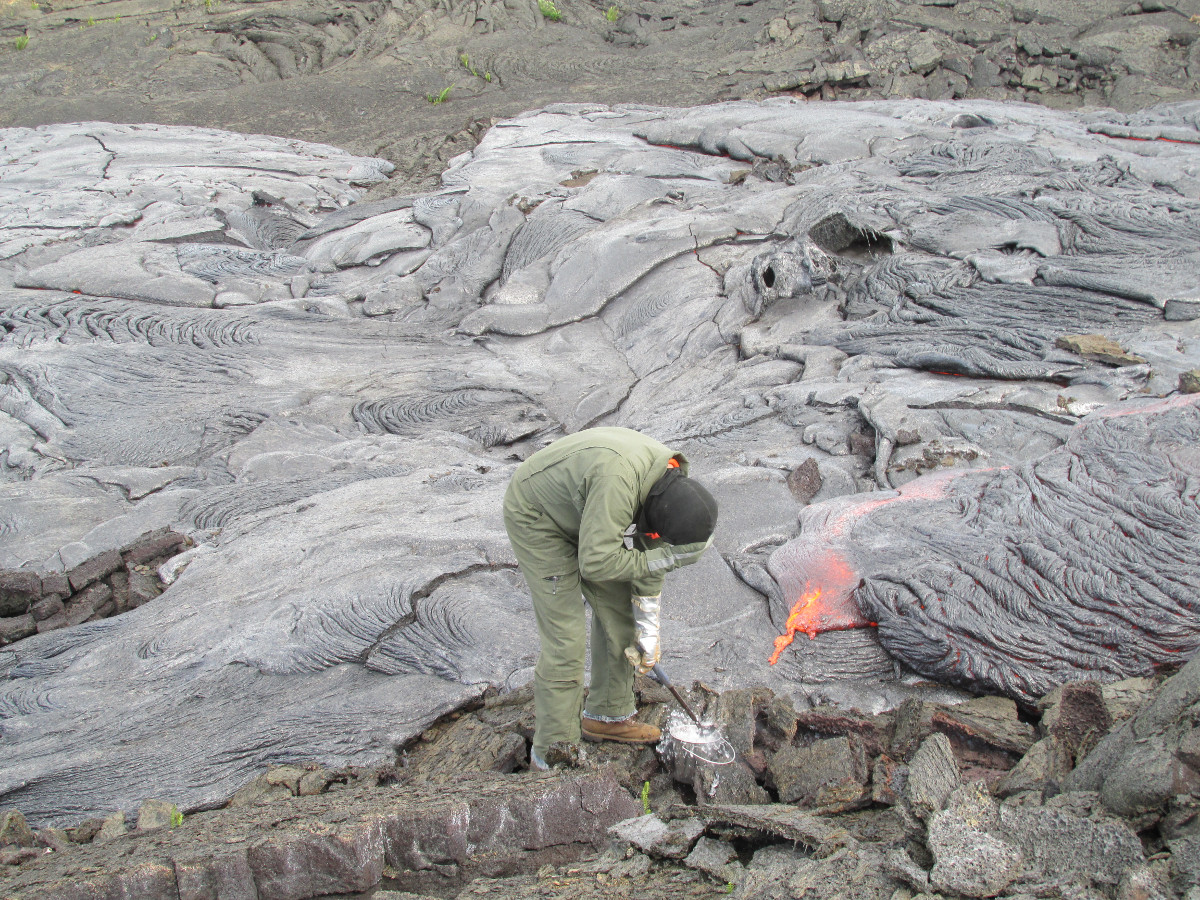 A geologist is seen taking a sample of molten lava in this USHS HVO photo from Nov. 17. The geologist will quench it in a bucket of cold water to “freeze” the crystalline structure. Lava samples are collected once a week to track the chemistry of the erupted lava over time.