(ABOVE VIDEO) Footage from a Monday morning overflight – courtesy Ena Media Hawaii – cut with some audio from the media conference call with civil defense and USGS on the same day.

Scientists of the USGS Hawaiian Volcano Observatory (HVO) conducted an overflight of the June 27th lava flow earlier today. Breakouts remain active in and adjacent to the crack system near the abandoned geothermal well site. These breakouts are widening the flow field in this area, primarily to the north; the width in this area varies between about 250-350 m (275-380 yd). Since the breakouts from this part of the crack system started on November 19, the lava has moved 1.7 km (1 mi) downslope along the north and west margin of the original June 27th flow. This new lobe is 5.7 km (3.5 mi) southwest of the transfer station on Apa`a St. Smaller breakouts are also active about 3.5 and 5.3 km (2.2 and 3.3 mi) downslope of Puʻu ʻŌʻō . No significant changes were noted at Puʻu ʻŌʻō or the summit today.

The next overflight is scheduled for Friday.USGS Hawaiian Volcano Observatory on Nov. 24 at 5:41 p.m. HST 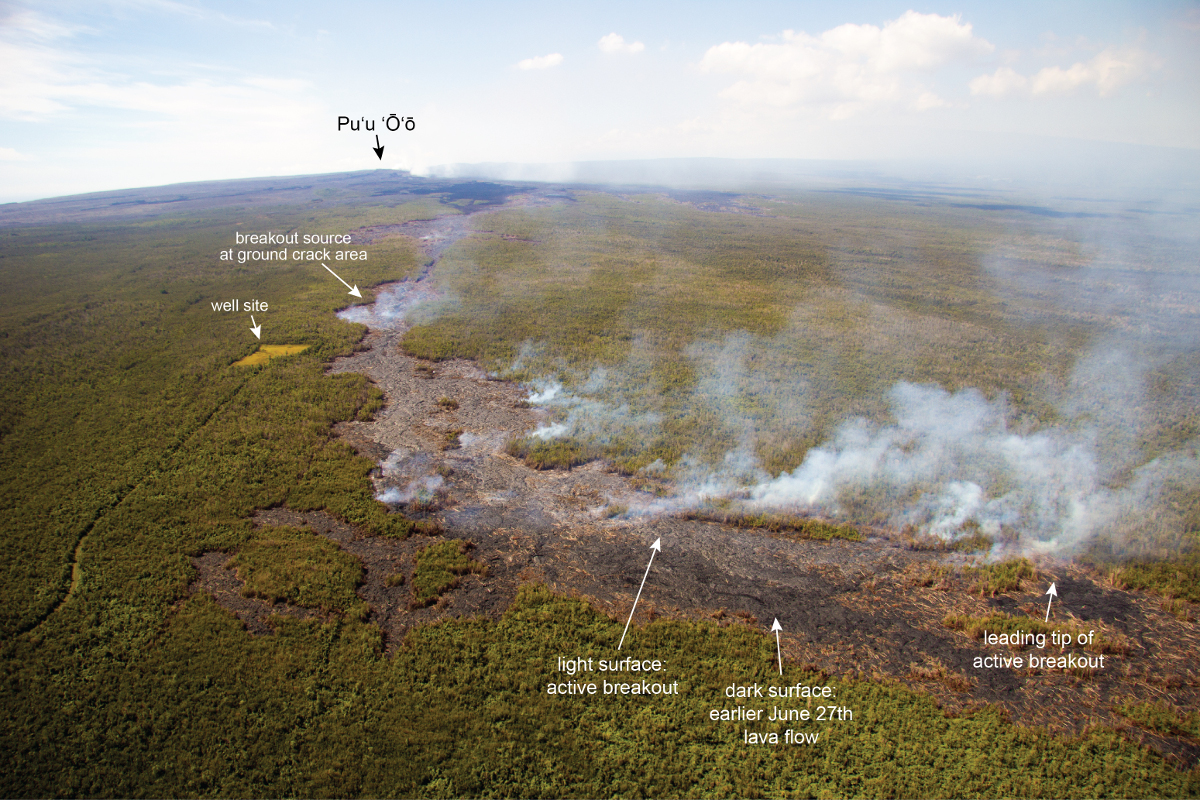 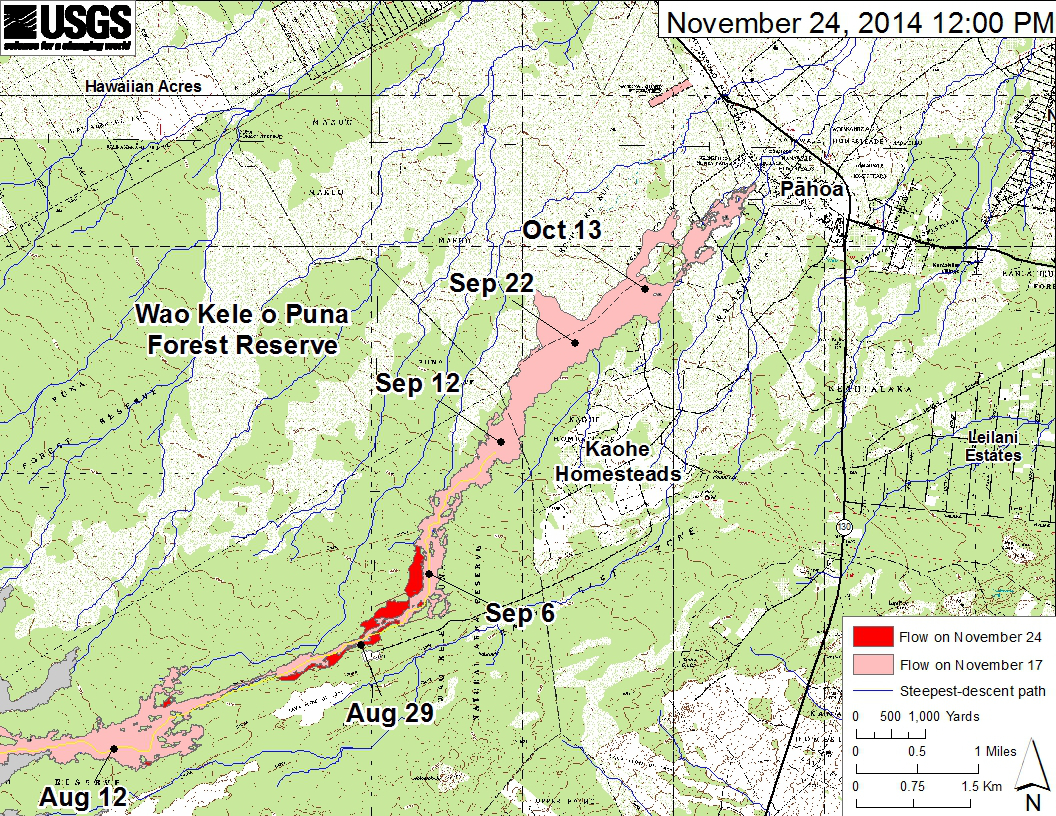