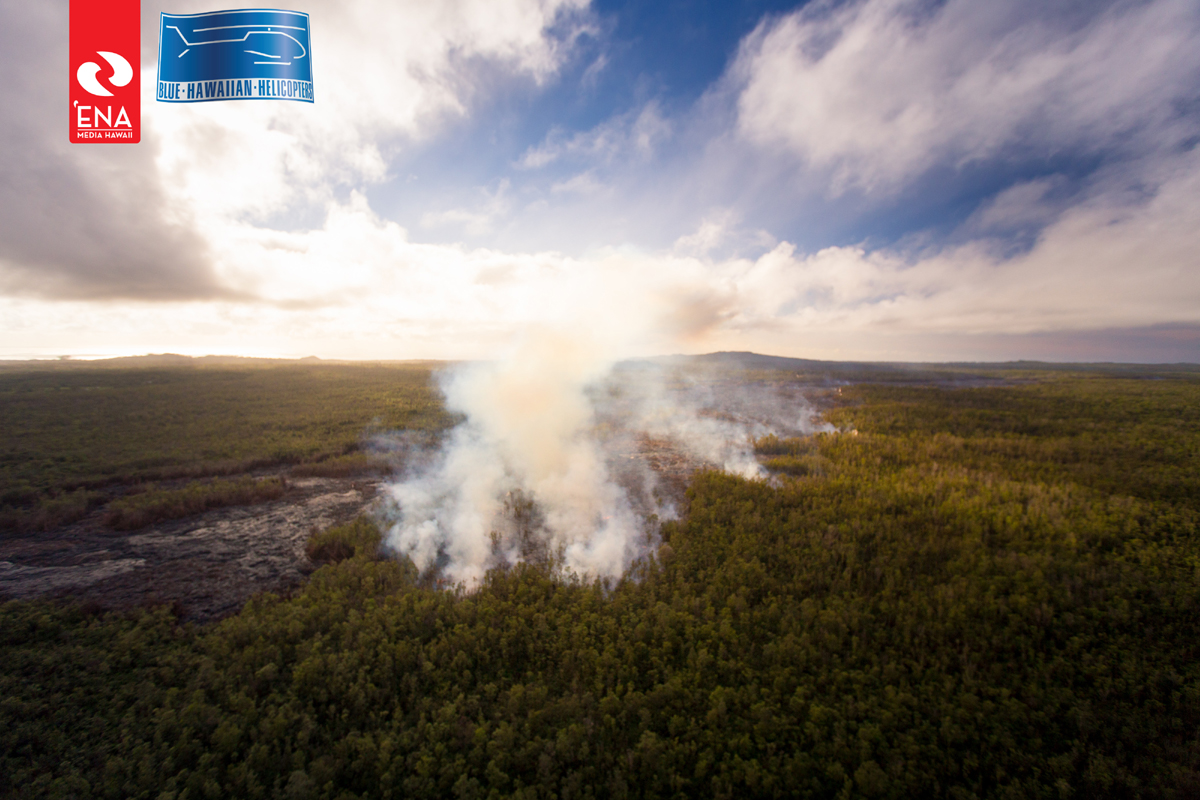 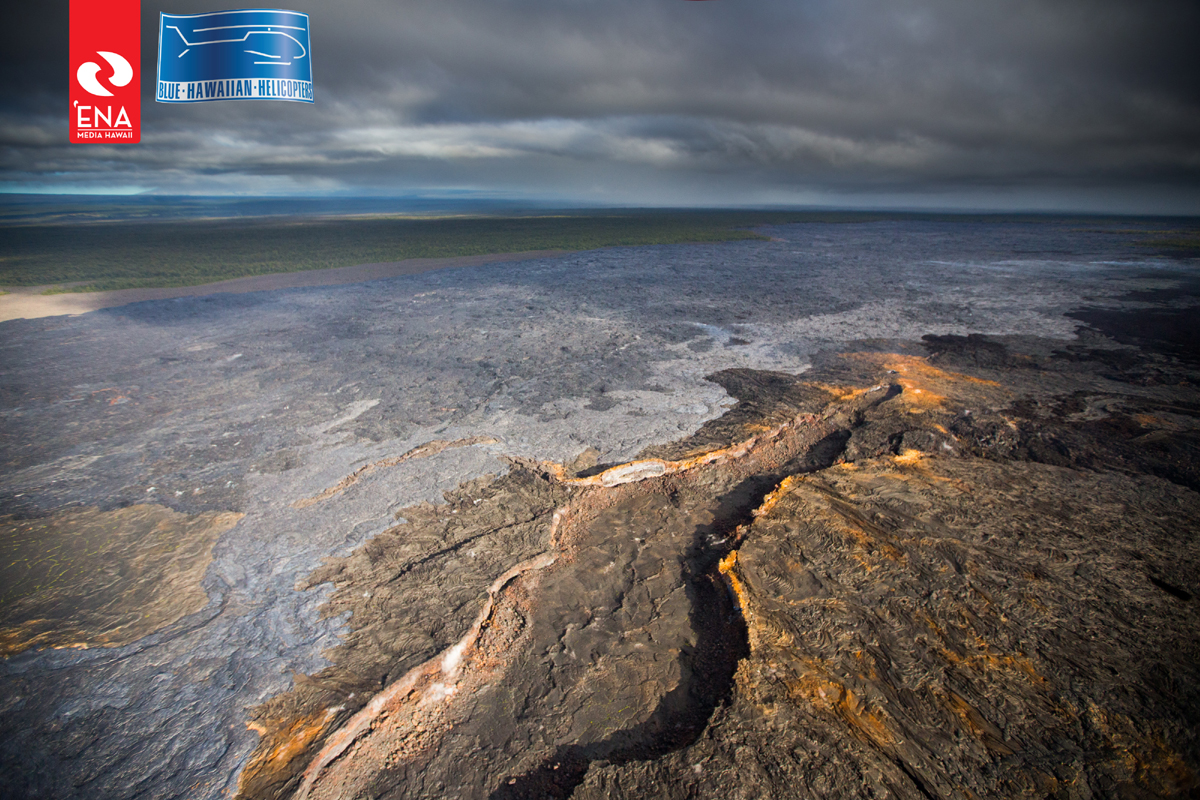 This morning’s assessment shows that the up slope breakouts remain active. The active and most down slope breakout is located along the north side or margin of the original flow and moving in a north/northeast direction. The nearest breakout activity is currently approximately 3 miles upslope of the Apa’a street area. Current activity does not pose an immediate threat to area communities and Civil Defense and Hawaiian Volcano Observatory personnel are maintaining close observations of flow activity. Residents down slope will be kept informed of any changes in flow activity, advancement, and status.

Smoke conditions were moderate to heavy in the immediate area with all smoke from burning vegetation being blown in a southeast direction. Smoke conditions may increase in some areas and residents that may be sensitive or have respiratory problems are advised to take precautions and to remain indoors.

The Pahoa Village Road was reopened to all traffic as of 12:00 noon this past Wednesday and motorists are advised to exercise caution as some utility pole protection material remains in place. Everyone is asked to please respect the residents of the area who were affected by the lava flow and to not trespass on private property.

Once again we would like to thank everyone for your patience and understanding and your cooperation and assistance is greatly appreciated.Hawaii County Civil Defense on Nov. 28 at 8 a.m. HST

Kīlauea Volcano continues to erupt at its summit and within its East Rift Zone. Active breakouts are occurring in the upper part of the June 27th flow field around the crack system near the abandoned geothermal well site. There has been no net ground tilt across the entire volcano over the past 24 hours, and the level of the summit lava lake fluctuated according to changes in spattering.

June 27th Lava Flow Observations: The lowermost breakouts from the crack system near the abandoned geothermal well site remain active. A Civil Defense overflight on Friday morning found that the most downslope breakout was approximately 5 km (3 mi) above Apaʻa Street. Satellite observations over the past few days indicate that lava is advancing slowly, both on top of and along the northwest margin of the previous flow. HVO is planning to conduct a helicopter overflight of the flow field today, although weather conditions may interfere with those operations.

Puʻu ʻŌʻō Observations: No significant changes were noted near Puʻu ʻŌʻō. The tiltmeter on the north flank of the cone recorded no net tilt over the past 24 hours, and seismic tremor remained low. Webcams revealed no strong variations in the pattern of glow from degassing vents or the configuration of the crater floor. GPS-measured deformation across the cone has shown neither extension nor contraction since July. The most recent measurement of sulfur dioxide emissions from the East Rift Zone was about 250 tonnes per day on November 26, 2014.

Summit Observations: As it was at Puʻu ʻŌʻō, there was no net ground tilt at Kīlauea’s summit over the past 24 hours. The surface height of the lava lake in the Overlook vent fluctuated by up to 10 meters (11 yards) according changes in spattering. Volcanic tremor amplitude similarly varied based on spattering activity in the lake. Small amounts of particulate material were carried aloft by the plume. The average emission rate of sulfur dioxide was 6,900 tonnes/day for the week ending on November 25.USGS Hawaiian Volcano Observatory on Nov. 28 at 8:16 a.m. HST 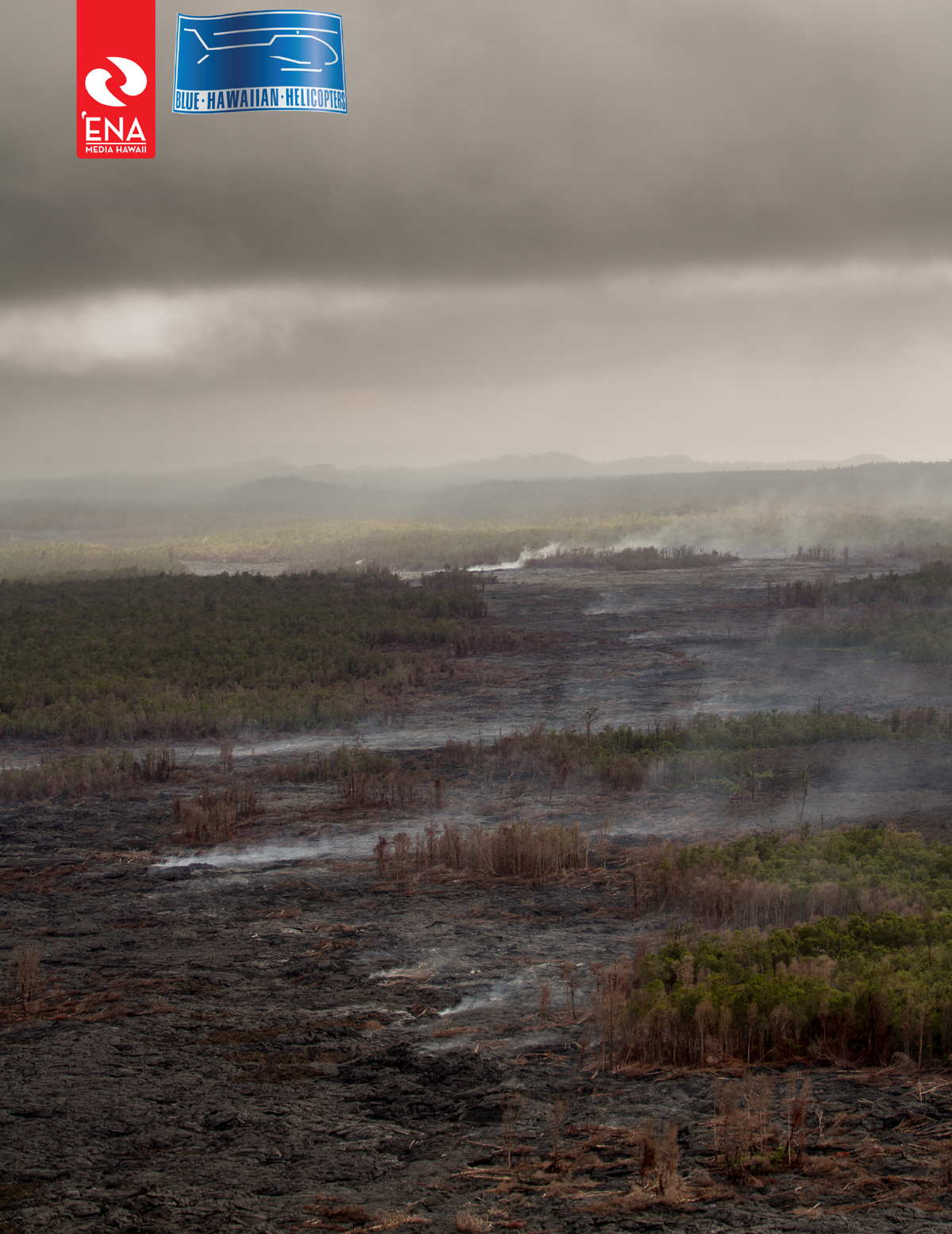