A new finger of lava is following a different path, possibly towards the area of the Pahoa Marketplace.

USGS Hawaiian Volcano Observatory (HVO) scientists conducted an overflight at midday on Monday, mapping and observing the entire length of the June 27th lava flow field. Since the last overflight on November 24, a narrow finger has broken away from the west edge of the flow field and moved to the north by about 2.8 km (1.7 mi), which is an average advance rate of 400 meters/day (440 yards/day). The finger branches off at a point downslope of the crack system where the older flow makes a bend from the north to the northeast. Along its length, the width of the active finger varies from 30 meters (33 yards) to 180 meters (200 yards). The total length of the flow, between Puʻu ʻŌʻō and the front of the new finger, is 18.3 km (11.4 mi) as measured along the flow axis.

The new finger is following a different steepest-descent path than the previously active flow lobe. The new forecast path takes the flow towards the intersection of Pāhoa Village Road and Highway 130, in the vicinity of the Pahoa Marketplace. The flow is currently about 4.6 km (2.9 miles) upslope of the intersection as measured along a straight line. The flow is approaching an area of gentler topography, however, where two steepest-descent paths nearly converge. The ultimate flow path is therefore difficult to forecast while the activity remains upslope of this point.

During the overflight, HVO scientists were also able to measure the cross-sectional area of the lava stream within the tube near Puʻu ʻŌʻō. Their result of 2.0 square meters (2.4 square yards) is a 25% reduction in area compared to last week. A smaller lava-stream cross section is consistent with less lava flowing through the tube due to the current summit deflation, which has been ongoing since Saturday morning.

Based on the gentler topography that the flow is approaching and the decrease in cross-sectional area of the lava stream within the tube, it is likely that the advance rate of the narrow finger will slow in the coming days.

In addition to the narrow finger, weak activity is also present in three areas upslope: 1) surface lava was active where the new finger branches off from the existing flow field; 2) minor surface flows were extending the flow margin to the east at the eastern edge of the crack system; and 3) about 3.5 km (2.2 mi) downslope from Puʻu ʻŌʻō, small amounts of surface lava marked the continued activity of the breakout that started near the Kahaualeʻa cone about two weeks ago. Observations of the stalled flow that extends from the crack system into Pāhoa Village indicate that the lava tube is not being reoccupied, and that this lobe of the flow is effectively inactive.USGS Hawaiian Volcano Observatory on Dec. 1 at 5:28 p.m. HST 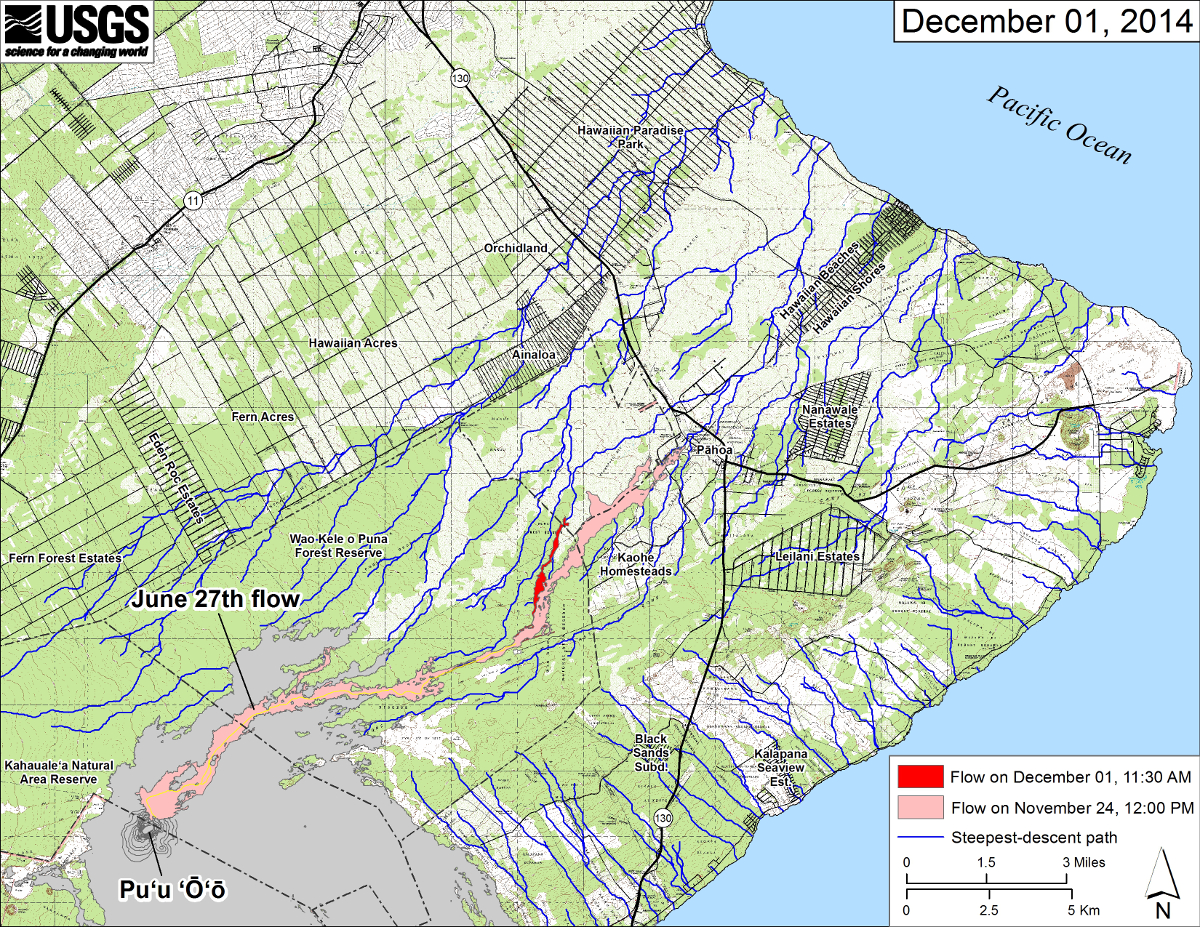 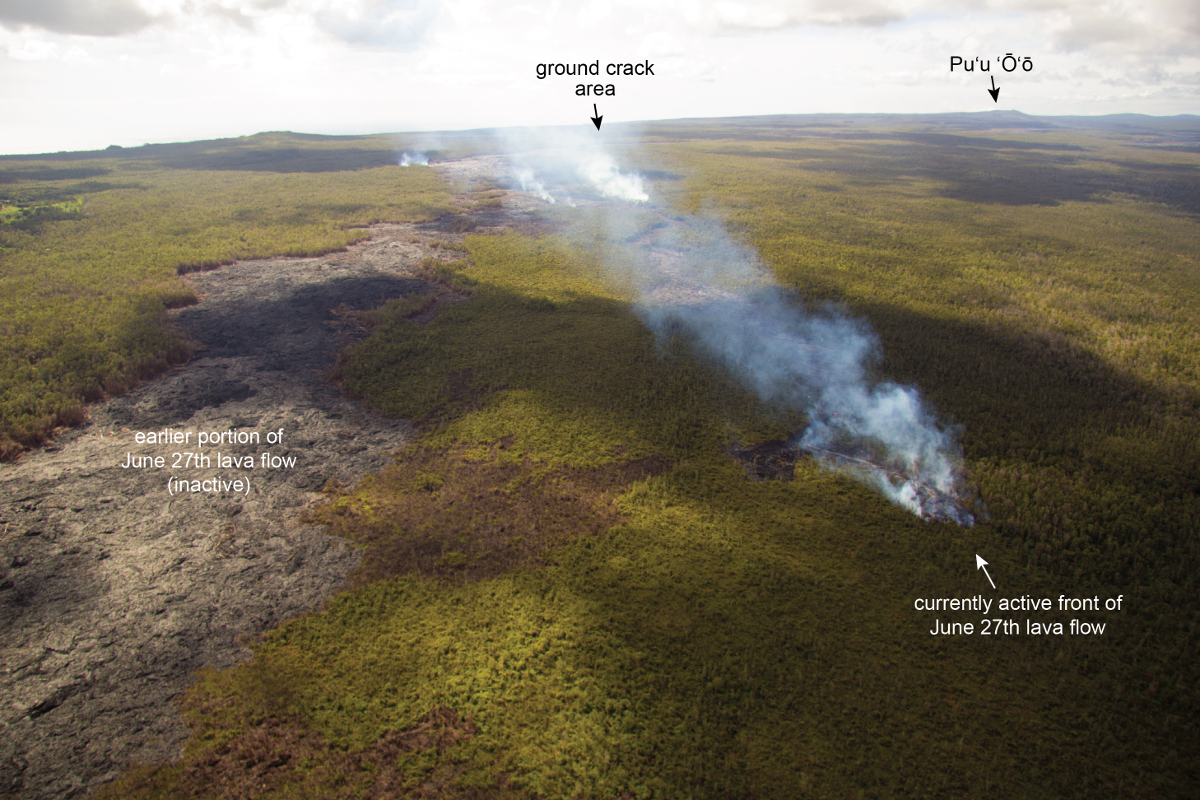 ABOVE (from USGS): A comparison of a normal photograph with a thermal image of the narrow channel at the leading tip of the new lobe on the June 27th lava flow. The normal photograph is partially obscured by smoke from vegetation burning, but the thermal image can “see” through the smoke to show the nature of the channel in detail. Some sections of the channel are completely covered by crust (forming a lava tube), while other sections were open with a smoothly flowing surface.