Mayor Billy Kenoi has signed a Second Supplementary Proclamation to the State of Emergency, as community lava meetings will be held on Thursday.

Here is what Civil Defense administrator Darryl Oliveira said about the planned public viewing area pilot project with Puna schools. The audio was taken from the Dec. 3 media conference call.

Here is the text of the Second Supplementary Proclamation signed by the mayor on Wednesday:

WHEREAS, the United States Geological Survey – Hawaiian Volcano Observatory on December 3, 2014, reported that the eruptive phase of the June 27th flow is continuing and show no signs of halting and that new breakouts occurring upslope of Pahoa Village have converged to create a new organized lava front; and

WHEREAS, this new upslope front has been proceeding at a rate of several hundred yards per day and is presently located 2.5 miles from State Highway 130; and County of Hawai‘i is an Equal Opportunity Provider and Employer.

NOW, THEREFORE, I, WILLIAM P. KENOI, Mayor of the County of Hawai‘i, do hereby proclaim and declare that a state of emergency continues to exist due to the threat of imminent disaster on the Hawai‘i Island, District of Puna, effective December 3, 2014, and that the Proclamation of September 4, 2014, and Supplementary Proclamation of October 16, 2014, shall remain in full force and effect and are hereby included in the provisions of this Second Supplementary Proclamation and shall continue thereon for 60 days or until further act by this office.

IN WITNESS WHEREOF, I have hereunto set my hand and caused the Seal of the County of Hawai‘i to be affixed. Done this 3_rd day of December, 2014, in Hilo, Hawai‘i.Signed by William P. Kenoi, Mayor County of Hawaii 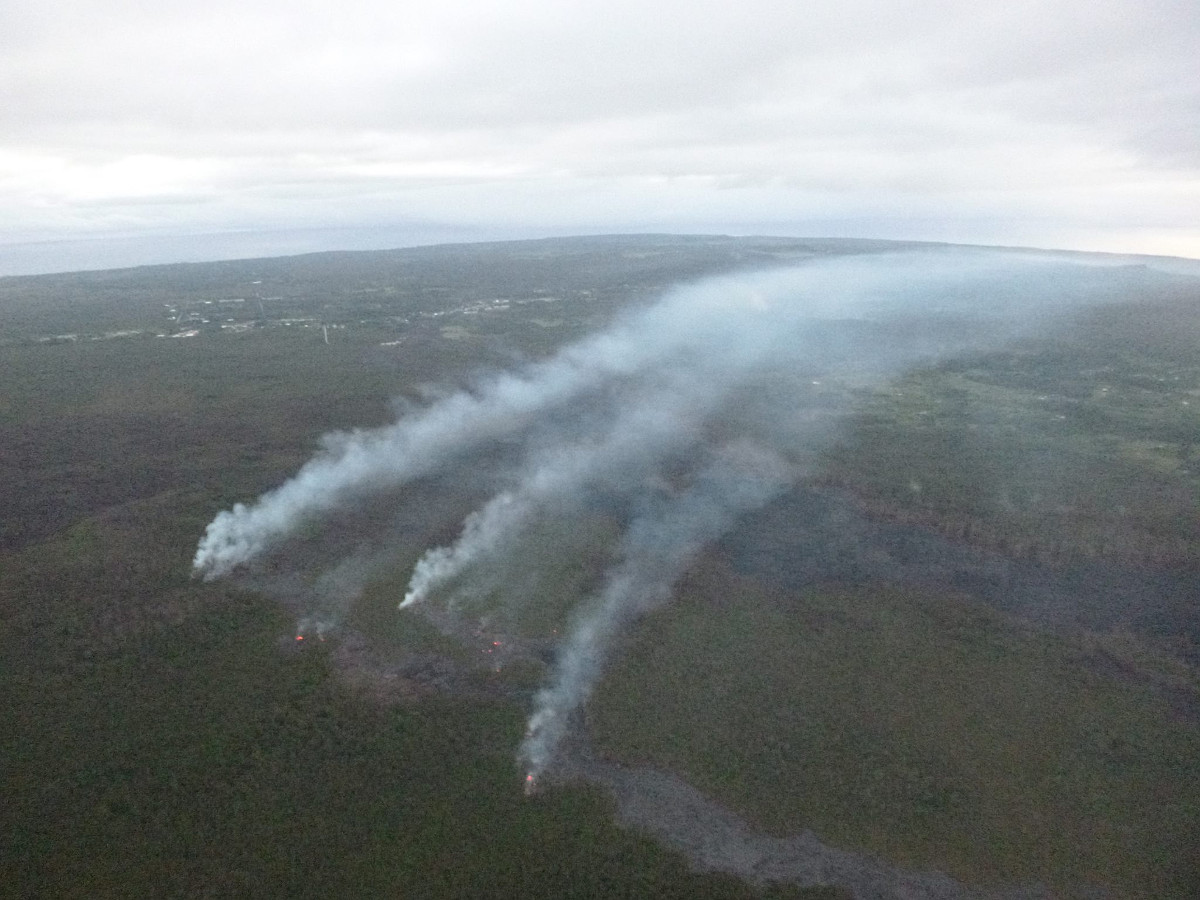 Civil Defense photo of the lava flow taken on Dec. 3