The volcano may still be threatening from upslope, but the town of Pahoa still managed to hold a celebratory holiday parade on Saturday.

(ABOVE VIDEO) A four minute compilation of video captured by Baron Sekiya of Hawaii247.com, edited by Big Island Video News

The volcano may still be threatening from upslope, but the town of Pahoa still managed to hold a celebratory holiday parade on Saturday. Just a few weeks ago, the lava flow had nearly reached Pahoa Village Road, which was closed between Apaa Street and the Post Office as emergency officials prepared for the worst.

But that flow front stalled, buying time for Puna’s popular village. Officials eventually decided to re-open the road, just in time for Thanksgiving. Main Street Pahoa went ahead with their plan for the annual parade – known across Hawaii for being one of most eclectic in the islands – and also a ho’olaulea on the same day.

The parade route began at Pāhoa High School at 9:30am and continued to Post Office Road, the site where barricades stood only a short time ago.

This year’s Grand Marshall was Mayor Billy Kenoi. This year’s theme was “Pāhoa, Center of the Punaverse”. The event was a sure sign that Pahoa intends to maintain economic vitality for as long as possible, even as the lava slowly advances towards the town with no signs of stopping. 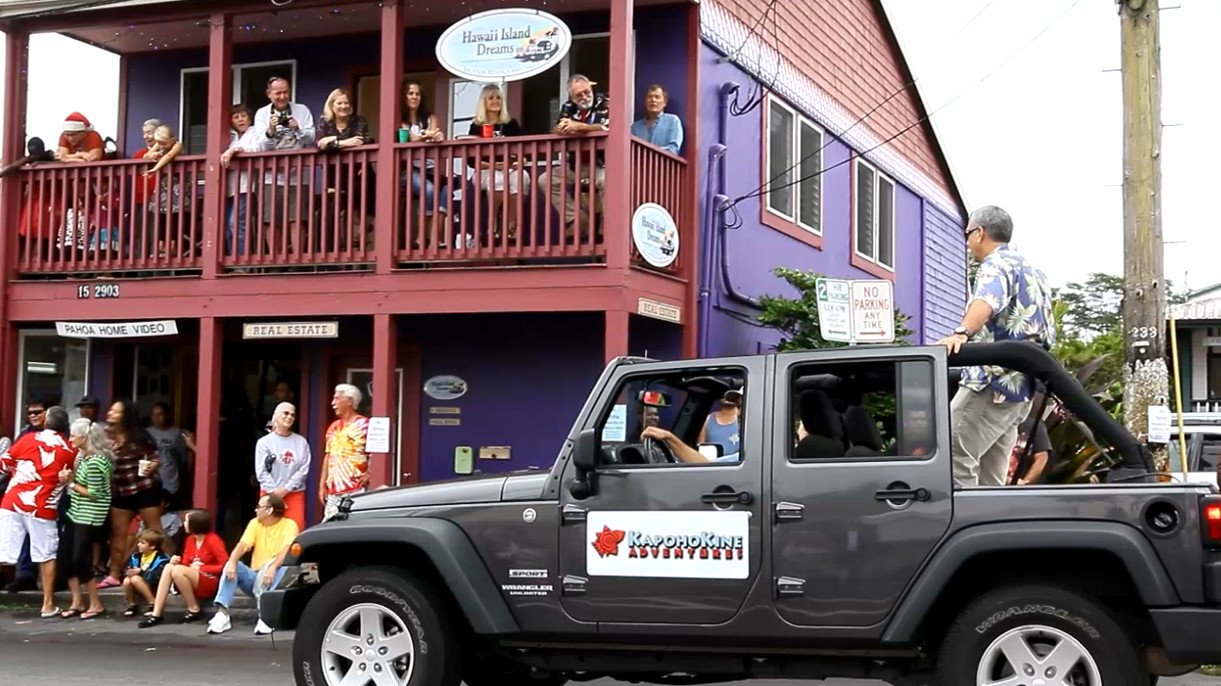