On Friday, the Hawaii Wildlife Fund (HWF) ended its 2014 marine debris season loading net and line into a container for shipment to Honolulu. The HWF team loaded about 4.5 tons of net into a 40’ trailer provided by Matson Navigation’s “Ka Ipu ‘Āina” program. Megan Lamson, Marine Debris Project Coordinator for HWF, said “Most of the net and line was recovered from the southeast Kaʻū coast.” The container will be shipped to Oʻahu, where Schnitzer Steel will chop it into pieces and then it will be burned at the Covanta H-Power plant. This Nets-to-Energy partnership was arranged by the National Oceanic and Atmospheric Administration (NOAA) Marine Debris Program to keep the material out of the landfill and create electricity with it. Since 2005, HWF’s tally for these net and line shipments is about 75tons.

Lamson said, “This container shipment is only a fraction of the total debris we’ve collected from the Hawaiʻi Island shoreline. This year, winds and currents brought in different proportions of marine debris — less net and line, and a higher percentage of other floating debris, including fish traps, buoys, crates, tires, boat pieces, and an extensive list of normal household items.” While HWF works with other groupson the island gathering debris from multiple sites, their main focus is on the Kaʻū coast where more debris washes ashore than any other place in the main Hawaiian Islands. The organization began this work in 2003 and in recent years has been removing an annual average of 15-20 tons for a total to date of about 173 tons. The HWF marine debris cleanup work is supported with a grant from NOAA. But, Lamson said “We have other local partners that also help with in-kind donations and funding and we have a large group of volunteers that are critical to the overall effort. The container loading, for example, would not be possible without the tractor assistance provided by JD Services, LLC.”

She said “We organize community cleanups about every other month and dozens of volunteers show up to these events. Our volunteers are an enthusiastic mix of regulars and first-time collectors and are greatfun to work with; we recognize them as our most effect tool in our marine debris removal efforts.” The next large cleanup event in Kaʻū will be held on Saturday, February 7th. To volunteer or for more information on HWF’s other activities see wildhawaii.org or contact kahakai.cleanups@gmail.com or (808) 769-7629.Hawaiʻi Wildlife Fund media release on Dec. 7, 2014 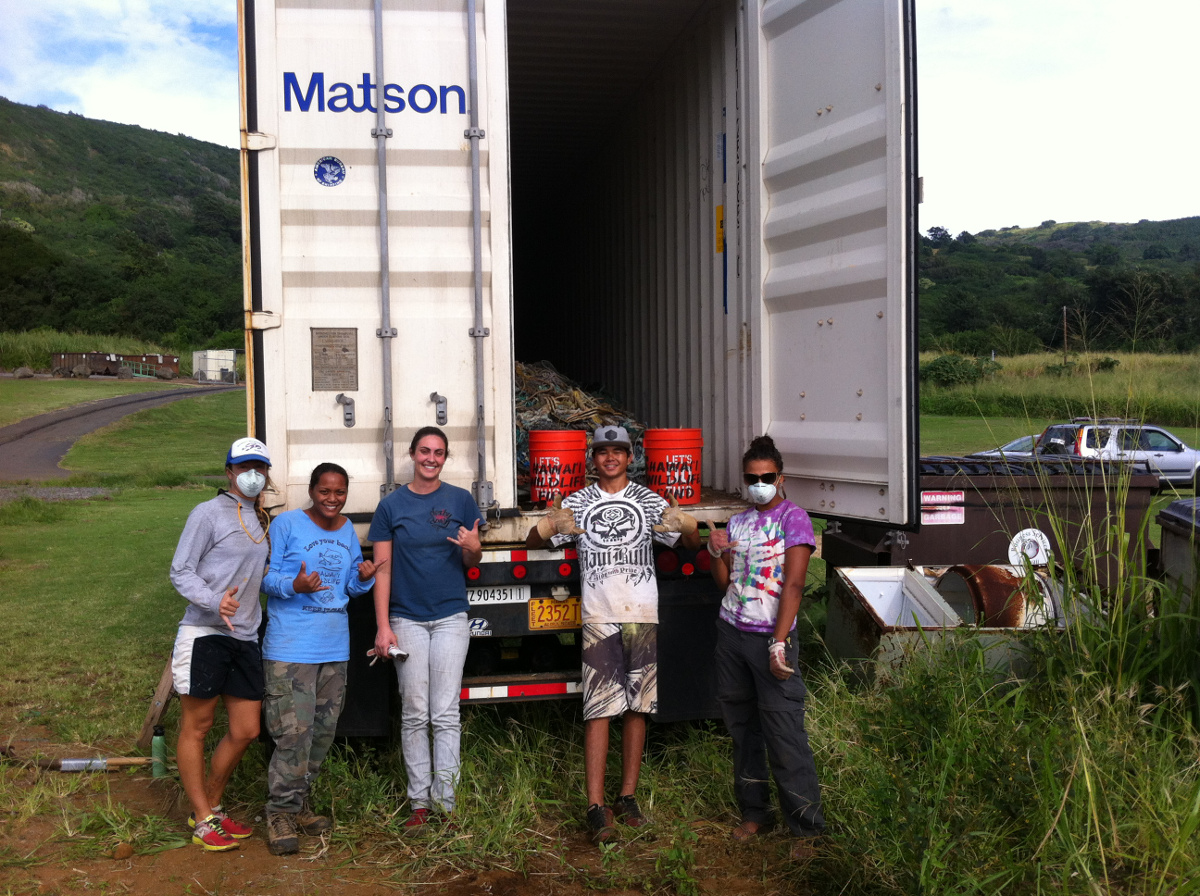 From the Hawaii Wildlife Fund: “Group image of the net loading team with the container of nets in the background. L to R (with affiliations): Megan Lamson/HWF, Nohealani Ka’awa/DLNR-DOFAW, Stacey Breining/HWF, Ryan Levita/HWF, and Kallie Barnes/HWF.” 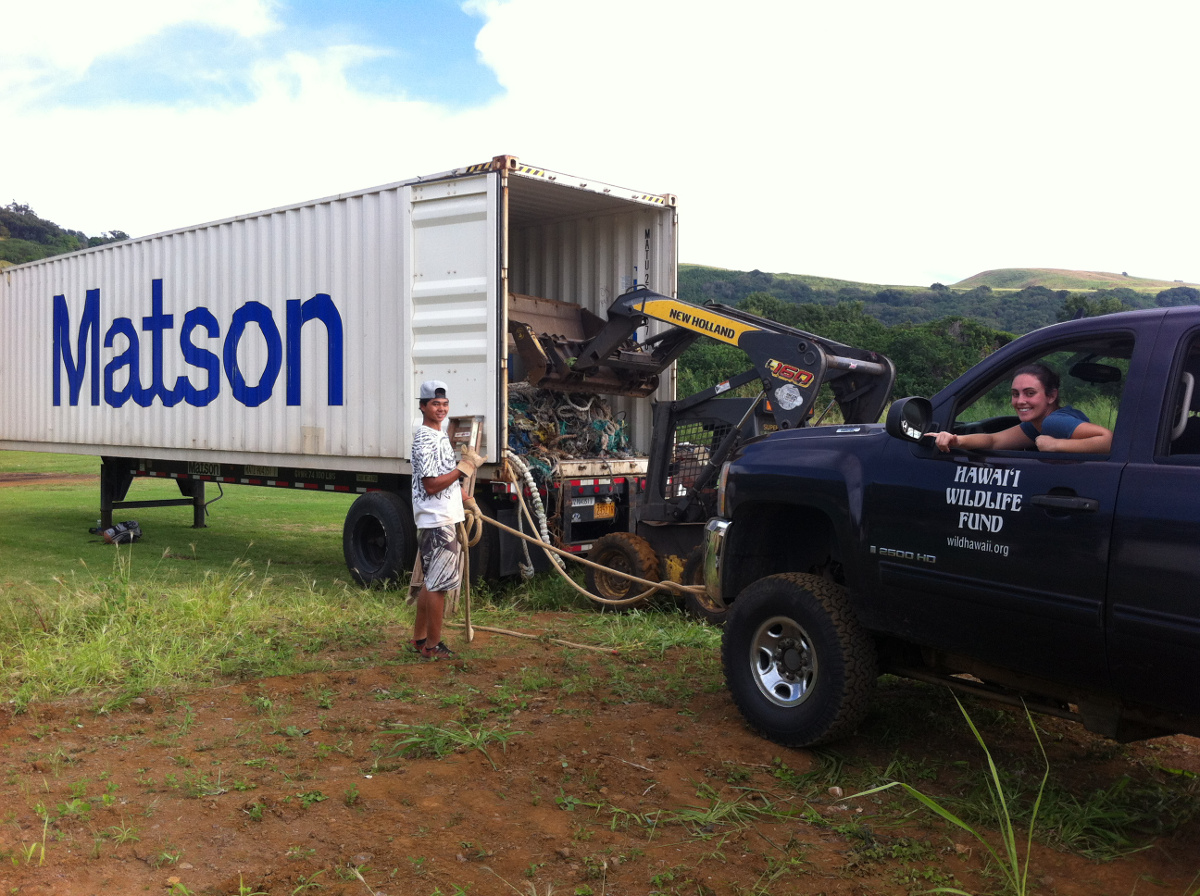 From the Hawaii Wildlife Fund: “Ryan Levita and Stacey Breining (with HWF) hard at work during the net loading with the JD Services, LLC. skidsteer and operator in the backdrop.”