The building will be Daniel K. Inouye College of Pharmacy's first permanent building in its 8 year history.

(ABOVE VIDEO) Footage courtesy the University of Hawaii

After nearly eight years in existence, the University of Hawai`i at Hilo Daniel K. Inouye College of Pharmacy (DKICP) celebrated a groundbreaking and bilingual blessing on Dec. 12 for a permanent facility on campus.

“This building is symbolic of the direction UH Hilo is going, and establishes the Daniel K. Inouye College of Pharmacy as an integral part of the State of Hawai`i,” Straney said. “While we are extremely grateful, we are also reminded of the responsibility this trust entails.”

Founding Dean John M. Pezzuto honored several guests who were instrumental in beginning the only College of Pharmacy in the Pacific region, and recognized two student speakers, Inaugural Class of 2011 President Jessica Toyama, and current student Sean Lasky, president of the class of 2017.

“Groundbreaking ceremonies are always emotional, but this one is particularly profound not only for the faculty who have worked painstakingly to get to this point, but for the four groups of PharmD graduates and current students who have believed in us,” Pezzuto said. “We are honored to welcome today many other people who put their own sweat equity in the College from the beginning, several of our winners of the coveted Advancedment of Pharmacy Excellence awards: Chancellor Emerita Rose Tseng, former director of university relations Gerald De Mello, and Pat DeLeon, who served as chief of staff to Senator Daniel K. Inouye when the College was conceived and built. Without them, there may not have ever been a College of Pharmacy.”

The ceremony was punctuated with a simple prayer in Hawaiian combined with a “pikai” with salt water, provided by Dr. Larry Kimura, who is recognized as the grandfather of the movement to perpetuate the use of Hawaiian language in modern Hawai`i.

DKICP earned full accreditation by the Accreditation Council of Pharmacy Education in 2011. In 2012, the first year UH Hilo CoP was eligible to be evaluated in the US News and World Report, it was ranked as one of the top five new schools of pharmacy in the country.

Under Pezzuto’s leadership, DKICP has met or exceeded all expectations since enrolling students in 2007. Students, faculty and staff number over 500, four classes have graduated and economic impact is in excess of $50 million per year Statewide.

Degree programs include: PharmD; PhD in Pharmaceutical Sciences; Masters in Clinical Psychopharmacology (MSCP); and Bachelor of Arts in Pharmacy Studies (BAPS). The College also has gained accreditation to offer continuing education for practicing pharmacists and nurses, and a Residency Program in Community Pharmacy, with licensed pharmacists acquiring further training through DKICP.University of Hawai`i at Hilo on Dec. 12, 2014 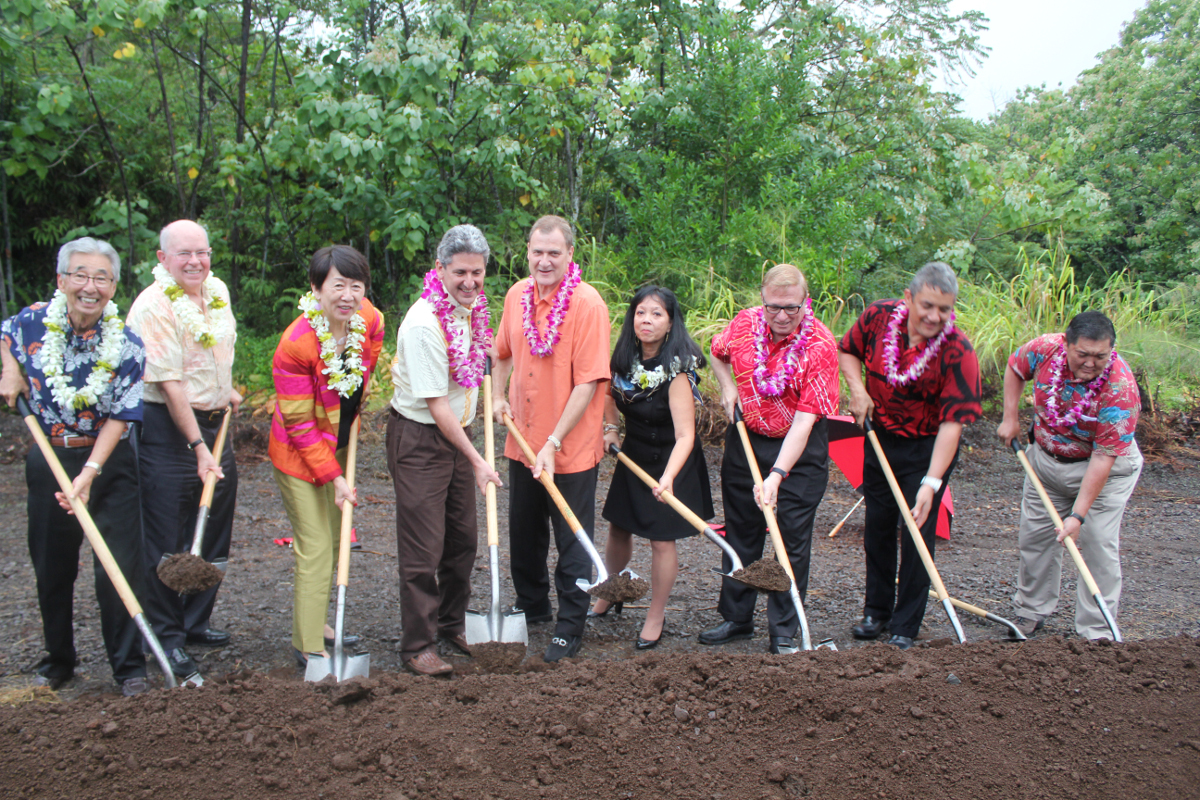