A police officer fired one shot toward an alleged stolen pickup near the Kulani Road and Highway 11 on Tuesday.

(ABOVE PHOTO) Police confer on Highway 11 at 3:50 p.m. after the incident. Image taken by David Corrigan, just south of the Kulani Road intersection. 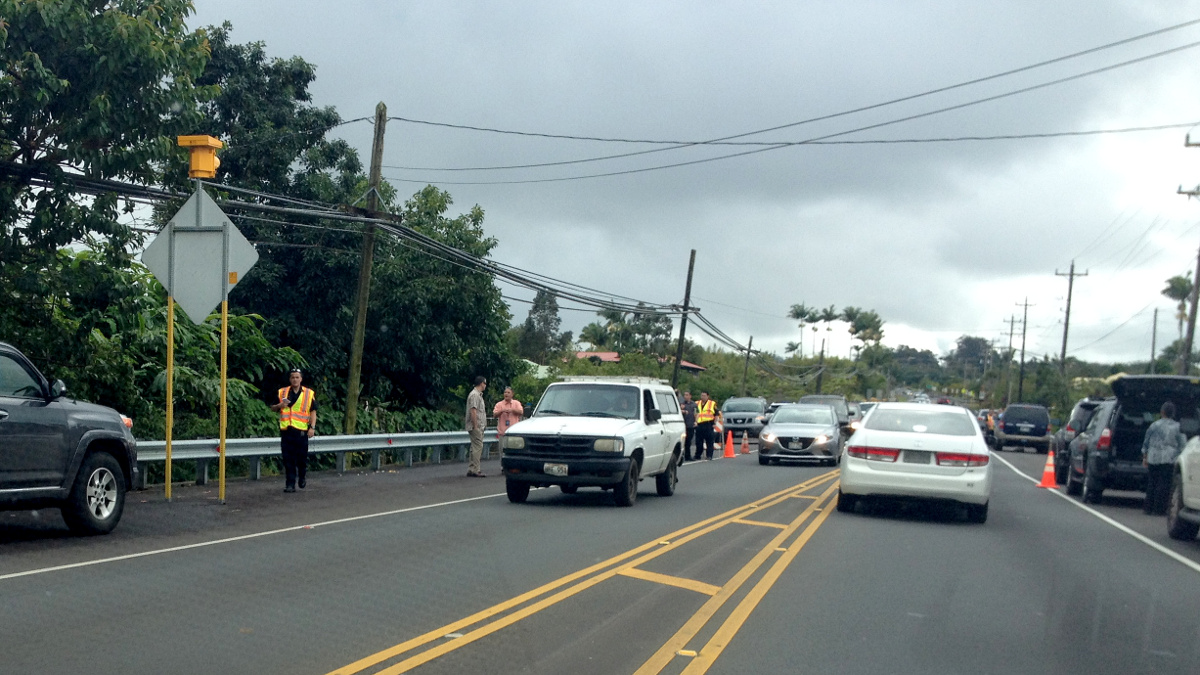 Police on both sides of the highway investigate Tuesday’s incident. 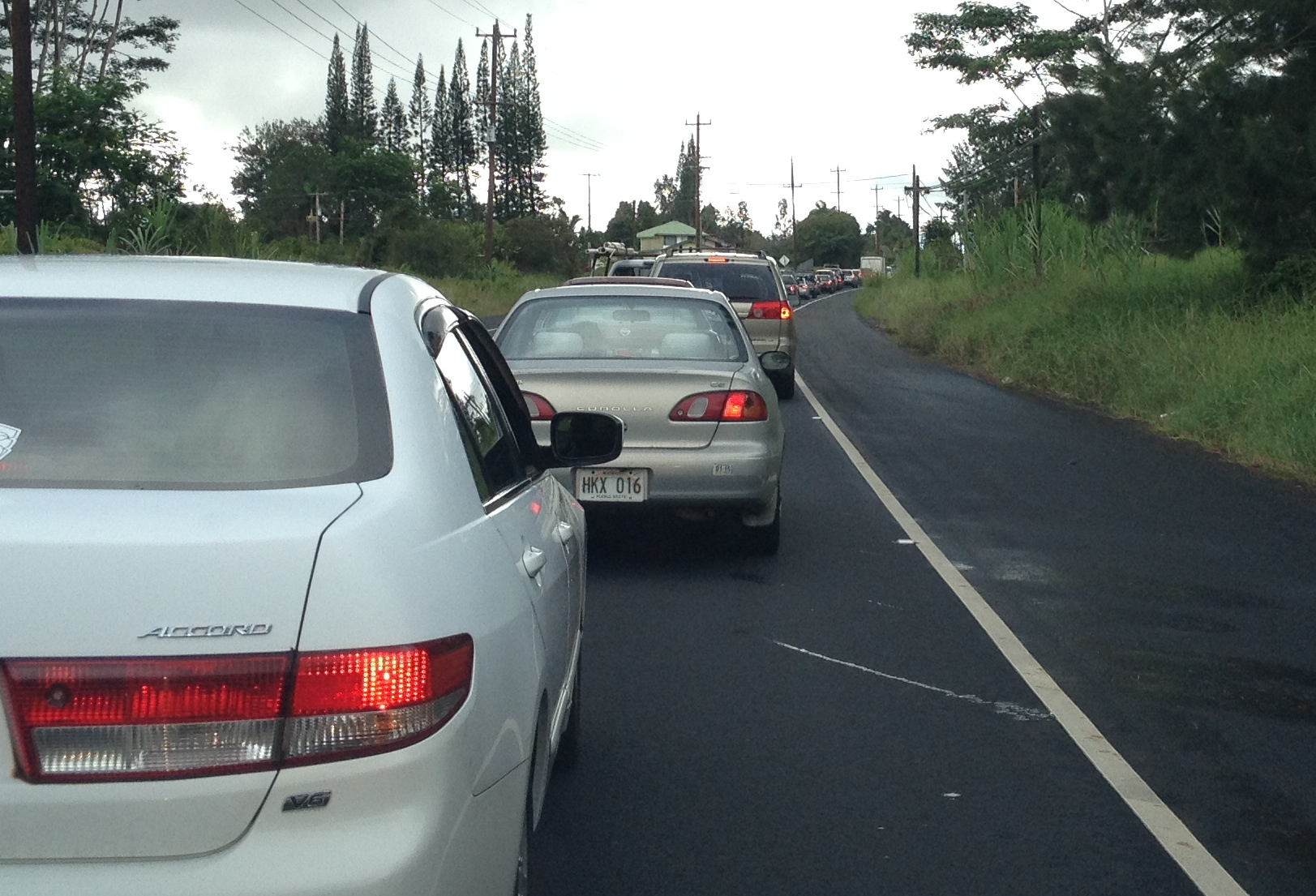 Traffic backed up on Highway 11 north of Kulani Road after 3 pm on Tuesday.

Hawaiʻi Island police are investigating an officer-involved shooting in the Puna District on Tuesday.

At approximately 2:00 p.m., Puna Patrol officers, who were on Route 11 attending to an unrelated incident, attempted to stop a stolen vehicle traveling south on Route 11, just south of the Kulani Road intersection in Mt. View. The vehicle sped toward the officers in a threatening manner. In response, an officer fired one shot toward the vehicle which continued southbound on Route 11 toward the Hawaiʻi Volcanoes National Park.

Police are seeking the public’s assistance in locating the stolen vehicle described as a 1989 black Nissan hard body single-cab pickup, License Plate No. ZBC-027. The vehicle is slightly lifted with over-sized tires and has a mesh type tailgate and a red, yellow, and green sticker on the driver’s side rear window.

Police ask anyone who has any information on the location of this vehicle or the identity of the suspects to call the Police Department’s non-emergency line at 935-3311.

Tipsters who prefer to remain anonymous may call the island-wide CrimeStoppers number at 961-8300 and may be eligible for a reward of up to $1,000. CrimeStoppers is a volunteer program run by ordinary citizens who want to keep their community safe. CrimeStoppers doesn’t record calls or subscribe to caller ID. All CrimeStoppers information is kept confidential.

As is standard practice in any officer-involved shooting, the Police Department’s Area I Criminal Investigation Section will conduct a criminal investigation into the shooting and the Office of Professional Standards will conduct an administrative investigation.Hawaii County Police on Dec. 16