The active flow front is 0.9 miles from the Pahoa Marketplace and stores are beginning to shut down in anticipation of the lava's arrival. 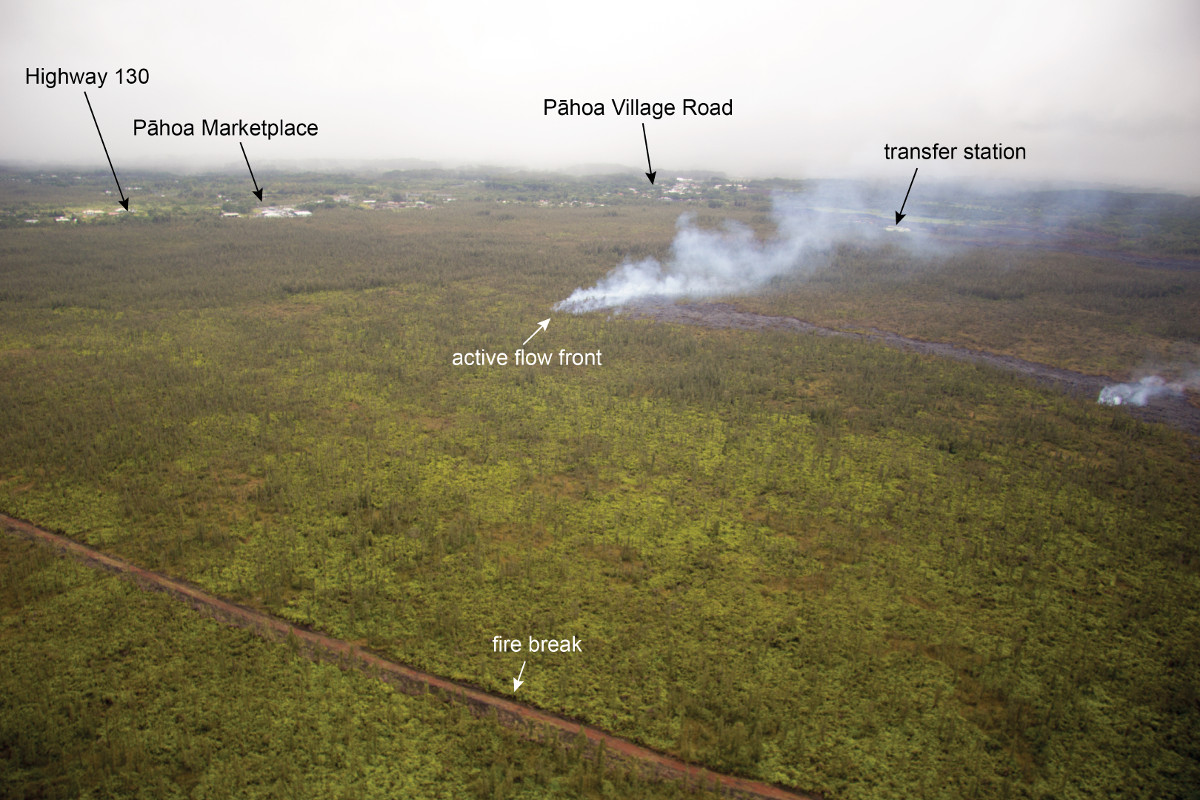 This USGS photograph looks downslope towards Pāhoa, and shows the active flow front moving through dense vegetation upslope of Pāhoa Marketplace and Highway 130. 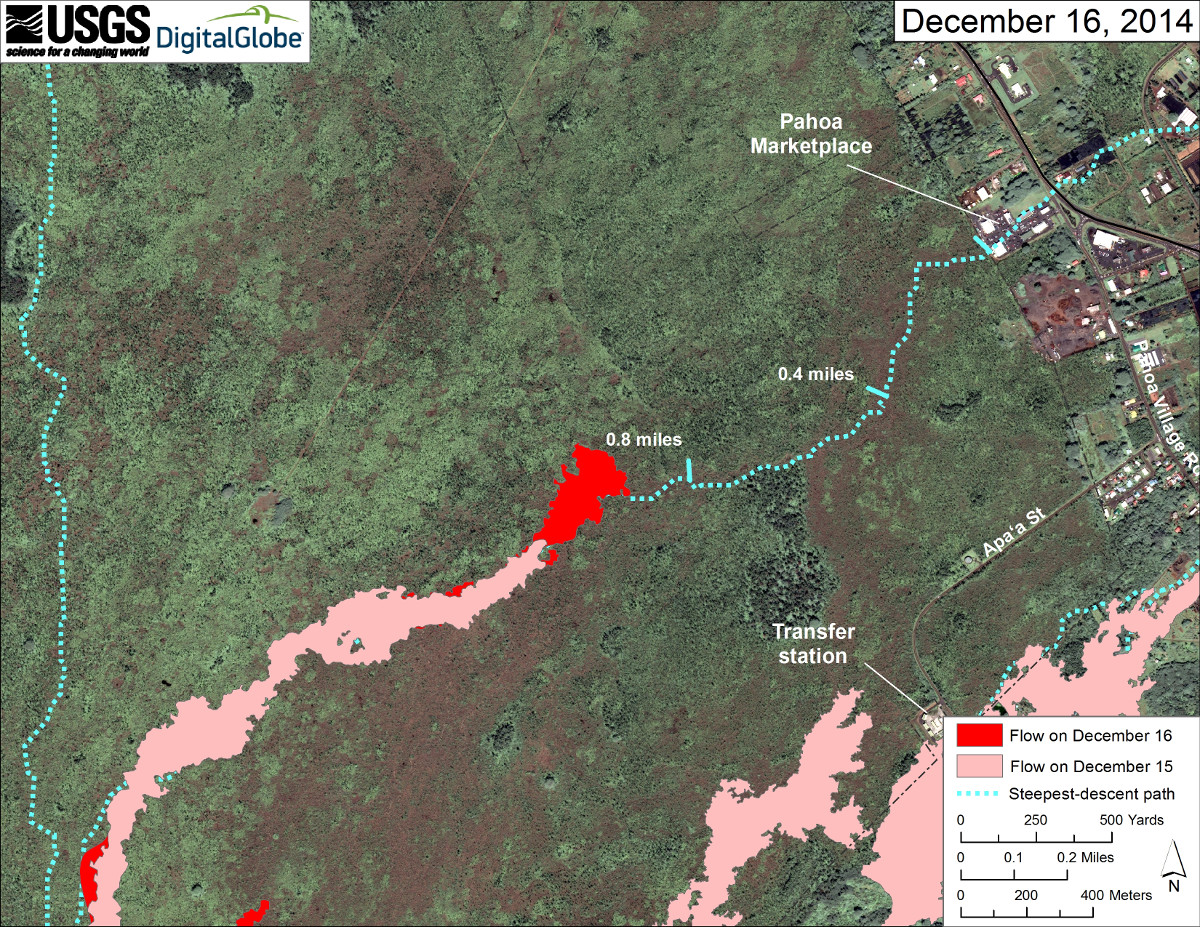 USGS HVO satellite image of area around flow front. This map uses a satellite image acquired in March 2014 (provided by Digital Globe) as a base to show the area around the front of Kīlauea’s active East Rift Zone lava flow. The area of the flow early yesterday morning (December 15) is shown in pink, while advancement of the flow as mapped on December 16 at 11:15 AM is shown in red.

The Hawaii State Department of Health (DOH) has installed three temporary particulate monitors to measure and inform nearby residents on the Big Island of Hawaii of the air quality levels from the lava flow from Kilauea volcano. Two monitors are currently located in Pahoa and one in Leilani Estates. These monitors may be relocated or additional monitors installed as the lava flow moves or additional breakouts occur. The monitoring data and advisories may be viewed at: health.hawaii.gov/ or http://www.airnow.gov/

The University of Hawaii, School of Ocean and Earth Science and Technology has also developed a model to forecast the lava flow smoke in Puna. The smoke model can be viewed at: http://weather.hawaii.edu/

“Our monitoring data and smoke model will measure and predict air quality, but this information is no substitute for good judgment. People should consider for themselves how sensitive they are to smoke exposure and act accordingly, said Gary Gill, deputy director of Environmental Health. “The smoke impact at any place or time may change due to unpredictable wind and weather conditions.”

DOH recommends that residents in smoke affected areas avoid outdoor activities or physical exertion. People with respiratory illness or heart disease, older adults and children are urged to avoid smoke exposure. Smoke may worsen symptoms for individuals who have pre-existing respiratory conditions, such as allergies, asthma, and chronic obstructive pulmonary disease (COPD). Individuals that have these conditions should keep their medication refilled and use daily (controller) medication as prescribed. Anyone who feels they may need medication or medical attention should contact their physician.

Due to the unpredictable nature of the lava flow and smoke conditions, residents and visitors are advised to listen to the Hawaii County Civil Defense updates and advisories.Hawaii Department of Health media release on Dec. 16, 2014