Kahu Violet May Makuakane blessed the road at 10 a.m.

(ABOVE VIDEO) Footage of today’s blessing and opening of Railroad Avenue, shot by David Corrigan, reported by Sherry Bracken.

Railroad will serve as an emergency access road when Highway 130 becomes covered by lava, as officials expect will happen sometime in the future. On Saturday Highway 130 was still open and the lava was still over half a mile away. But officials want the public to get familiar with the road that will serve as the primary way in and out of lower Puna once the lava crosses the highway. 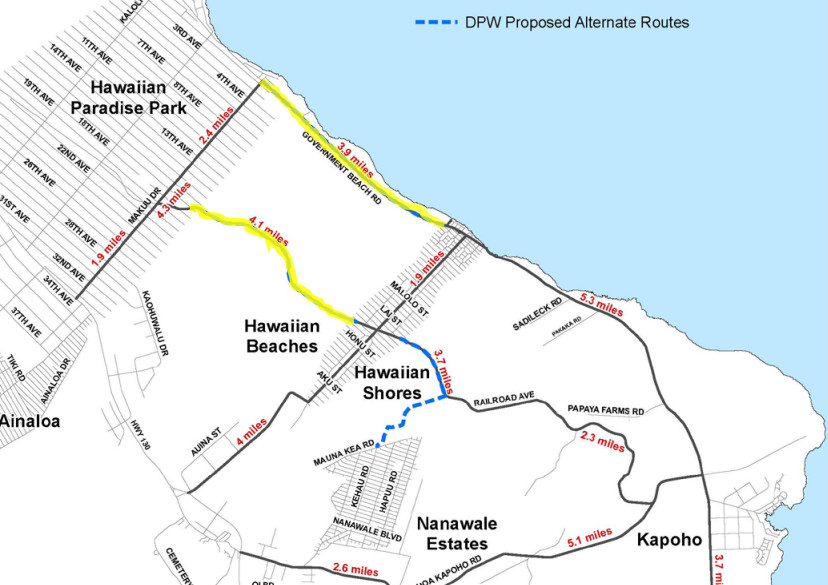