(ABOVE) Mauna Kea as seen from Waimea on Wednesday morning, captured by Lynn Beittel of Visionary Video.

Most of the images from the Mauna Kea webcams are whited out as of 9 a.m. Wednesday, but some still offer a glimpse of the conditions above 13,000 feet. 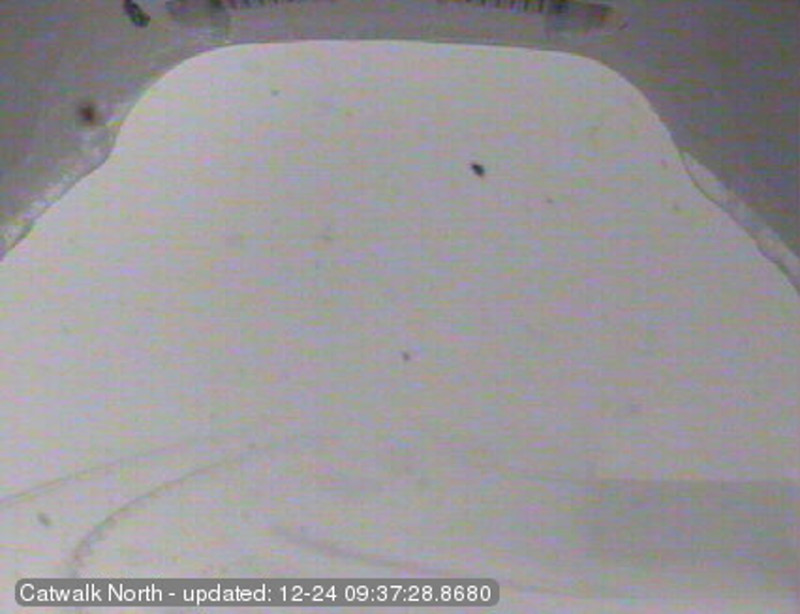 Snow can be seen covering Mauna Loa’s summit lava rocks in the foreground of this USGS Hawaiian Volcano Observatory image: 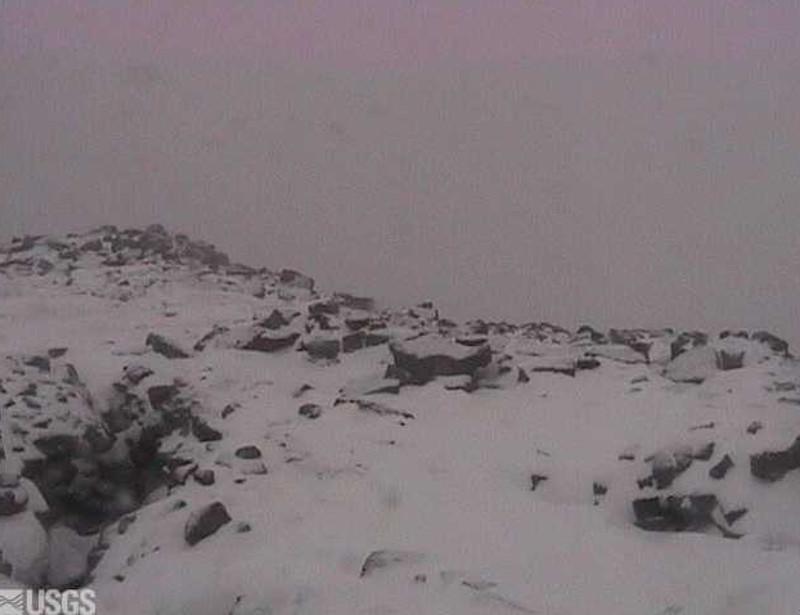 This message was posted to the Mauna Kea Weather Center website at 9:08 a.m. HST:

The road to the summit of Mauna Kea remains closed to the public at the Visitor Information Station at the 9,200 foot level due to blizzard like conditions along with strong, gusty winds and icy roads. The forecast is for continued poor weather conditions along with high winds. This message will be updated as conditions change.

Mahalo and have a nice day, Mauna Kea Rangers on Dec. 24

A Blizzard Warning remains in effect for the Big Island summits. Periods of snow are occurring and winds are now beginning to increase there. Models continue to advertise very strong winds developing and strengthening today. However… Snow chances will be decreasing as the day wears on… So the Blizzard Warning may be dropped in favor of a high wind warning later today. National Weather Service discussion on Dec. 24 at 3:30 a.m. HST

From the Mauna Kea Weather Center forecast discussion at 10 a.m. HST on Dec. 24:

The low lingering over the state is expected to lift off toward the NE beginning early this afternoon, which will help shift the band of moisture currently streaming over the Big Island toward the east as the night progresses. While this will allow the air mass to rapidly dry out and stabilize as the inversion builds in near 5-6 thousand feet by midnight, there is a good chance that fog, high humidity and flurries will plague the summit through early this evening. There is also an outside chance for convection and periods of heavy snow at the summit later this afternoon. In addition, ice will remain an issue through tonight and perhaps periodically (as ice melts and refreezes after sunset) over the next 2 nights. Winds are expected to actually increase (with gusts up toward 80 mph) as the low shifts subtly northward over the next 6-12 hours, but will gradually subside as the night progresses. However, moderate/strong winds will still remain an issue through the week, and may approach 80 mph again as another trough passes the north late Friday night. Although there is a a chance that this trough will destabilize the upper-half of the air mass, the inversion will remain in tact near 6 thousand feet with very little moisture in the area through the weekend. Regardless, strong summit-level winds will continue to stir up boundary layer turbulence and will be responsible for bad seeing over the next 4 nights. Calmer summit-level conditions will return to the summit once this trough shifts off toward the east late Sunday, but lingering upper-level turbulence will probably contribute to poor seeing for that night. Mauna Kea Weather Center discussion on Dec. 24 at 10 a.m. HST