Civil defense says the fires are .6 to .9 miles from the Ainaloa Subdivision.

(Big Island Video News) PUNA, Hawaii – Hawaii County Civil Defense is reporting two runaway brush fires in the Puna area, sparked by the active June 27 lava flow. One of the fires began shortly before a 12:30 p.m. media conference call. At that time, the fire was reported to be 10 acres in size. A few hours later, civil defense issued a new alert on the subject, saying there was now two fires in the area of the lava flow. Both fires were burning in a north-northeast direction. They are both above or to the west of Highway 130 and .6 to .9 miles from the Ainaloa Subdivision. Civil Defense says the fires have not burned to the fire break adjacent to Ainaloa, and no homes or properties were threatened at the time of the 3:30 p.m. message (listen below). No evacuation was required at the time of the message. The fire department is working to contain the fire. 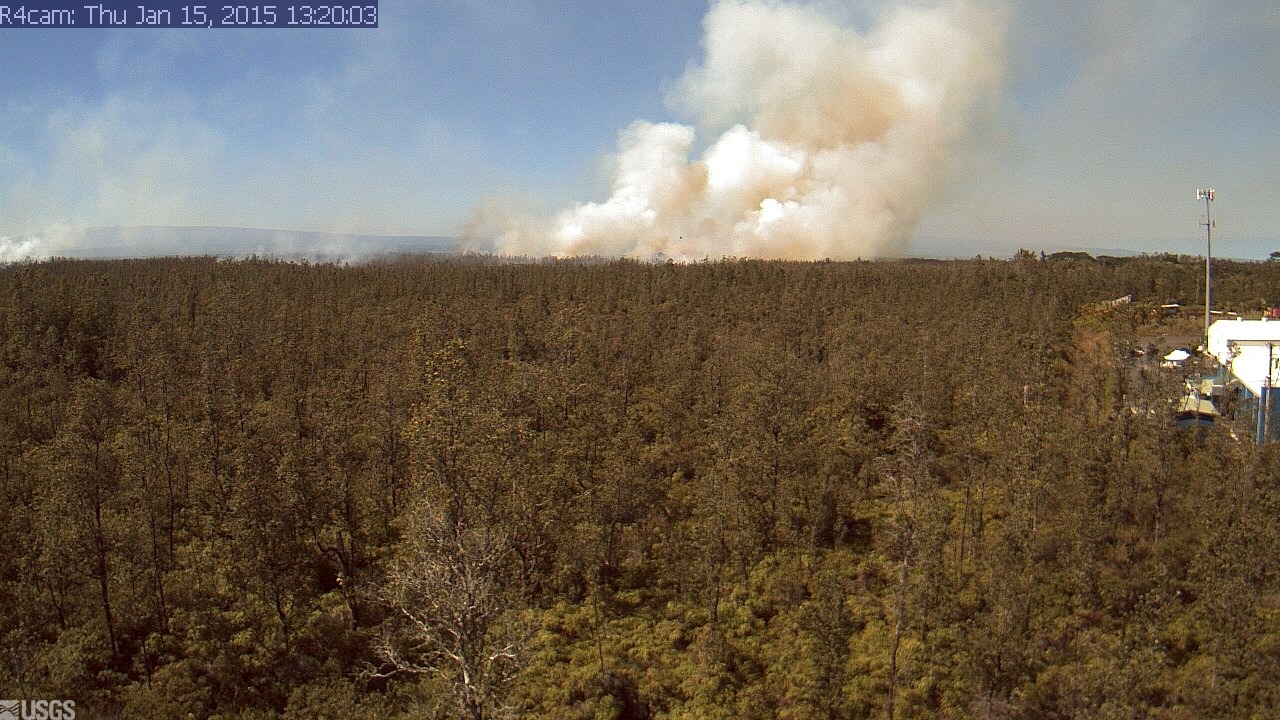