Videographer called it "the largest, fastest moving flow we've seen in about a month or more, burning the brush to the north."

(Big Island Video News) PAHOA, Hawaii – Raw video filmed by Mick Kalber aboard Paradise Helicopters on Monday shows a large breakout on the June 27 lava flow, about 1 to 1.5 miles back from the stalled flow front.

The footage was captured during a morning overflight (Jan. 19 at 8 a.m. HST). Kalber said the breakout was in the same area where the north lobe broke away from the main stalled flow. “Surface activity near there was vigorous to say the least…” Kalber wrote in his dispatch to news outlets, calling the breakout “the largest, fastest moving flow we’ve seen in about a month or more, burning the brush to the north.”

It is not yet known what this breakout means for overall activity on the June 27 lava flow, if anything. Hawaii County Civil Defense observed very little activity at the distal tips today. No forward advance of any active leading edge was observed. 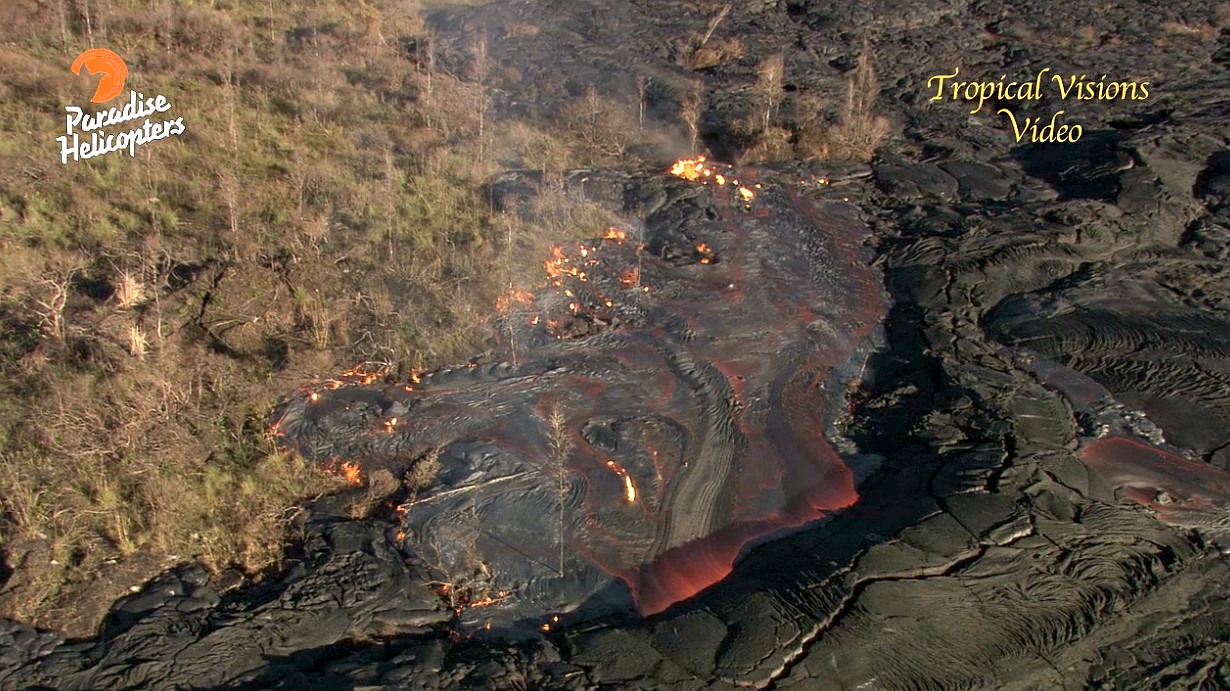