The move will be a direct legal challenge to U.S. sovereign control of Hawaii.

(Big Island Video News) KALAPANA, Hawaii – The Lawful Hawaiian Government plans to move forward with an island-wide land claim in the months ahead, a direct legal challenge to U.S. sovereign control of Hawaii.

LHG Prime Minister Henry Noa detailed the plan during 40th legislative convening of the Mana Kau Kanawai of the reinstated Lawful Hawaiian Government. The session was held over the weekend of January 16th, 17th & 18th at the Keli’iho’omalu Compound in Kaimu. 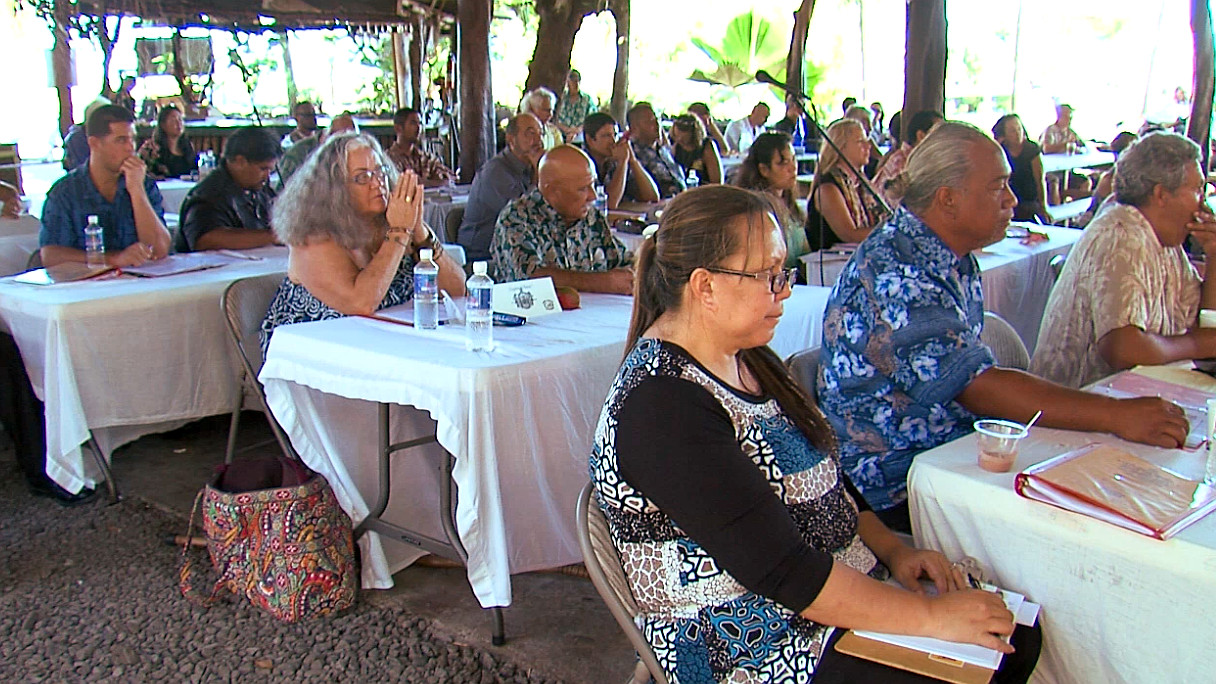 Noa thanked the crowd of elected officials (from the House of Representatives and the House of Nobles) who came from across the Hawaiian islands to attend the legislative session.

A memorial was also on display for Sam Kaleleiki, who passed away before the new year. Uncle Sam was well known in Puna as a supporter and former elected official of the Lawful Hawaiian Government.

According to its website, the Lawful Hawaiian Government was created in March 1999 to assure proper claimant status when the Apology Resolution was signed by President Bill Clinton in 1993. The resolution offered a formal apology to Native Hawaiians on behalf of the United States, for the Overthrow of the Kingdom of Hawaii.