Its up to state legislators to advance a task force recommendation to establish medical marijuana dispensaries in Hawaii.

(Big Island Video News) KAILUA-KONA, Hawaii – This could be year medical marijuana dispensaries finally get off the ground in Hawaii. Medical cannabis has been legal in Hawaii for years now but the way the law is written, it remains illegal to obtain the drug, even for medical purposes.

Last year a task force was convened to study the subject. The Hawai’i Medical Marijuana Dispensary Task Force (HCR 48) held hearings across the state, including here in Hilo. Hawaii island was particularly vocal about how they would like to see medical marijuana made available in the future.

The task force recommended that the state establish medical marijuana dispensaries. Now it’s up to state legislators to act on that recommendation. Two elected officials (and physicians) from West Hawaii, State Senator Josh Green and State Representative Richard Creagan, shared their thoughts during a recent community meeting in Kona. 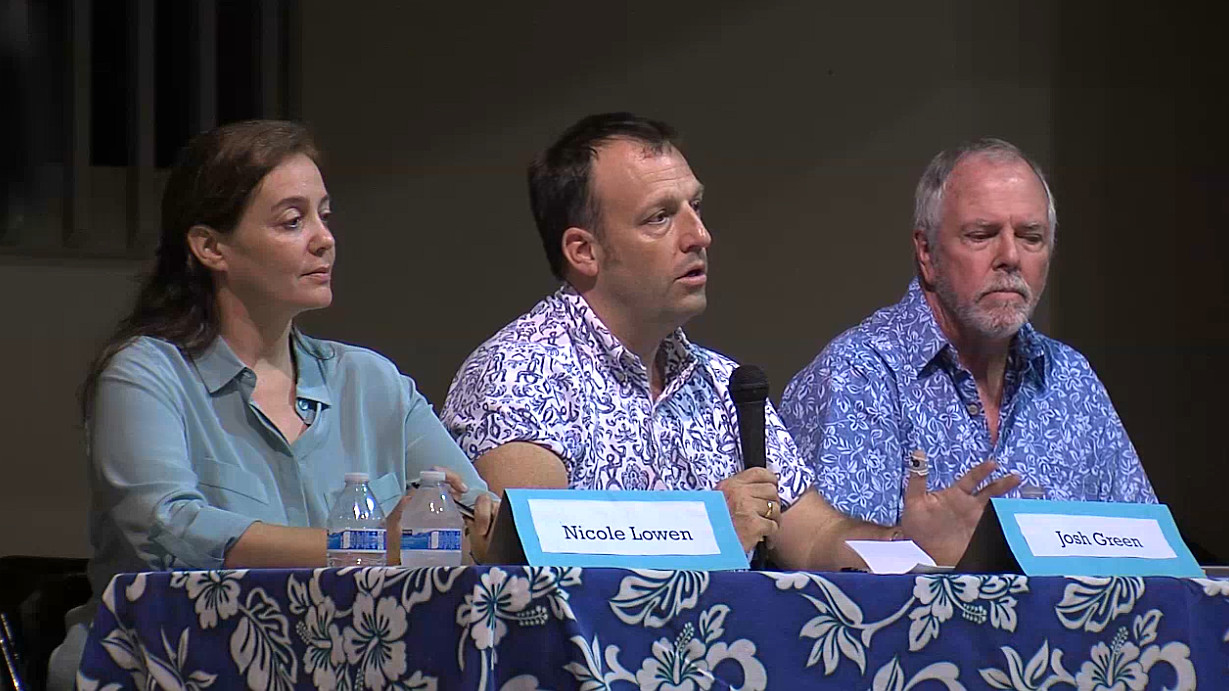 Meanwhile, the state has announced that the transfer of the medical marijuana registration program from the Department of Public Safety to the Hawaii State Department of Health has been completed, and that another round of public hearings is on the way.

Act 177 was signed into law in June 2013 and authorized the transfer of the 14-year-old program to the Department of Health. As a health initiative, the medical marijuana program is better aligned with the Department of Health’s mission and the department’s experience in working with patients and health programs that involve public outreach, education and safeguarding patient privacy.

Act 178, which was also signed into law in June 2013, amends sections of the existing law. The Department of Health has made the following changes to comply with the law:

The Hawaii Department of Health has also initiated a number of upgrades to the medical marijuana program:

Beginning Jan. 28, DOH will hold public hearings for the proposed adoption of Chapter 11-160, Hawaii Administrative Rules for Medical Use of Marijuana. This proposed new chapter will include the process for DOH to consider approval of additional debilitating medical conditions for medical use of marijuana; physician requirements to participate in the program; registration of qualifying patients and primary caregivers; monitoring and corrective action; administrative procedure; and confidentiality of information. The proposed rules are posted at http://co.doh.hawaii.gov/sites/har/admrulechange/default.aspx

Public hearings are scheduled in each county as follows.

Requests or questions related to the upcoming public hearings may be sent to medicalmarijuana@doh.hawaii.govHawaii State Department of Health on Jan. 20