(Big Island Video News) PAHOA, Hawaii – USGS Hawaiian Volcano Observatory scientist Steven Brantley detailed the latest developments on the June 27 lava flow on Thursday night. Brantley had a lot to cover, considering the last public meeting in Pahoa was held two weeks ago. Since that time, a vigorous new lobe broke away from the stalled front and threatened to cut Highway 130. The exact downslope direction of the lobe is still not certain, however the advance of lobe has slowed to a near halt. Still, Brantley pointed out that there is still activity and widening of that lobe, as well as numerous breakouts upslope. 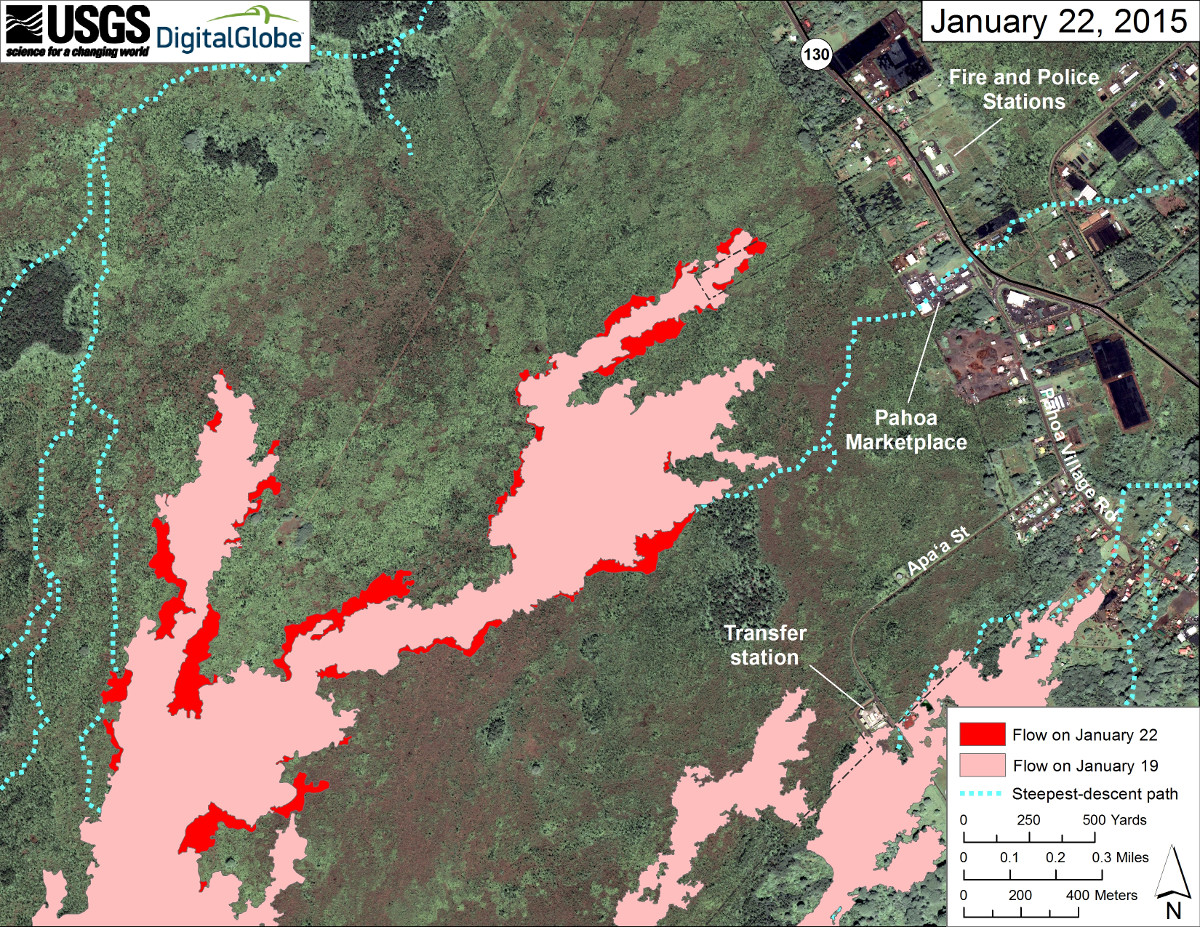 The Thursday night presentation coincided with a new series of maps and photos released by USGS. 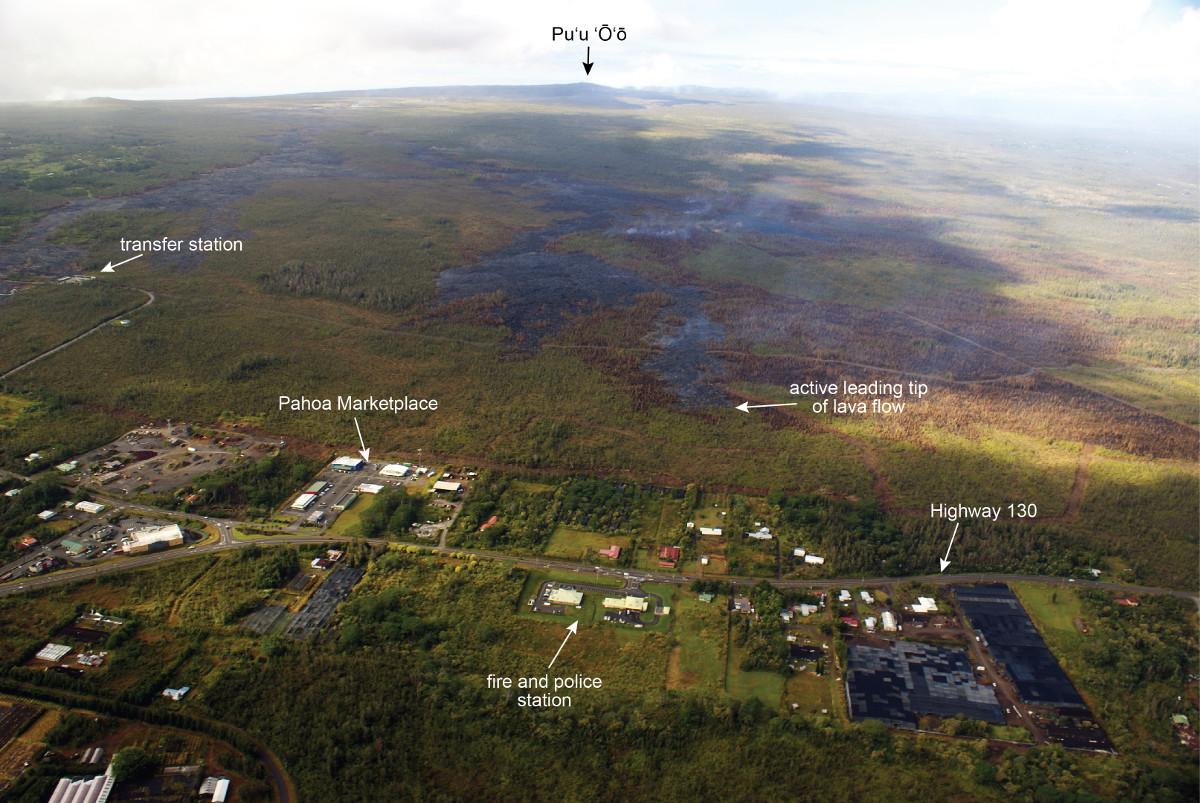 USGS HVO provides a view looking upslope at the leading tip of the flow, taken Jan. 22 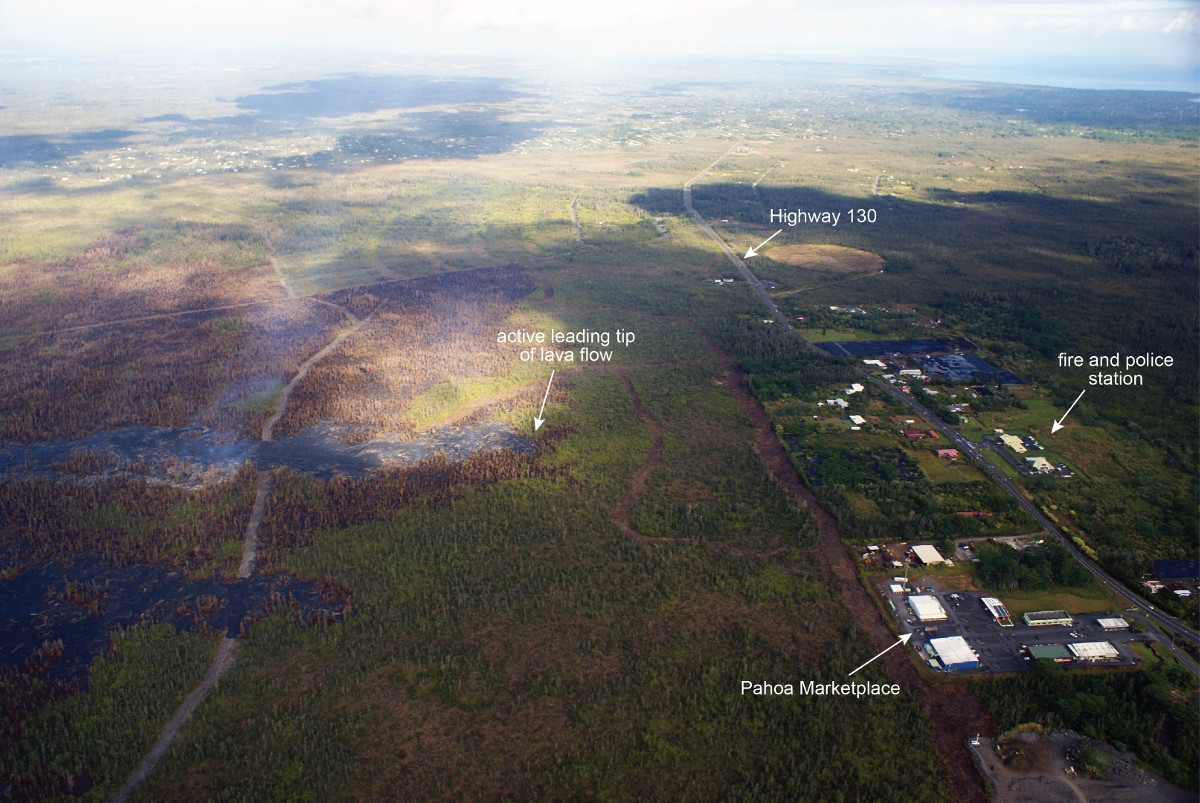