Widespread damage is being reported across West Hawaii shores

(ABOVE) Wave impacts at Hapuna Beach caused damage to the North side lifeguard tower. Photo by Division of State Parks.

The National Weather Service High Surf Warning for the West facing shores of Hawaii Island remains in effect and has been extended through 6:00 pm today, Saturday January 24th. Dangerous surf conditions continue to be observed and reported across areas of West Hawaii. Surf heights of 10 to 15 feet are forecasted for the West facing shores of Hawaii Island. Residents along the coast and in low lying areas are advised to take necessary precautions and motorists are advised to be prepared for possible debris and ponding on coastal roadways. Beachgoers swimmers and surfers are advised to exercise caution and to heed all advice given by Ocean Safety Officials. Due to the current and ongoing dangerous surf conditions the following beaches will remain closed:

Wave impacts at Hapuna Beach caused damage to the North side lifeguard tower. The water line is also damaged and repairs are planned to restore water service to the comfort stations. Portable toilets will be provided until repairs are completed. The naupaka hedges in the park are covered with sand as well as the walkways and showers near the beach.

The Keawaula section of Kaena Point State park in Leeward Oahu remains closed today due to high surf. The park gate is closed and hikers are being warned to keep out because high waves may wash across the road and be a safety hazard. Department of Land and Natural Resources on Jan. 23 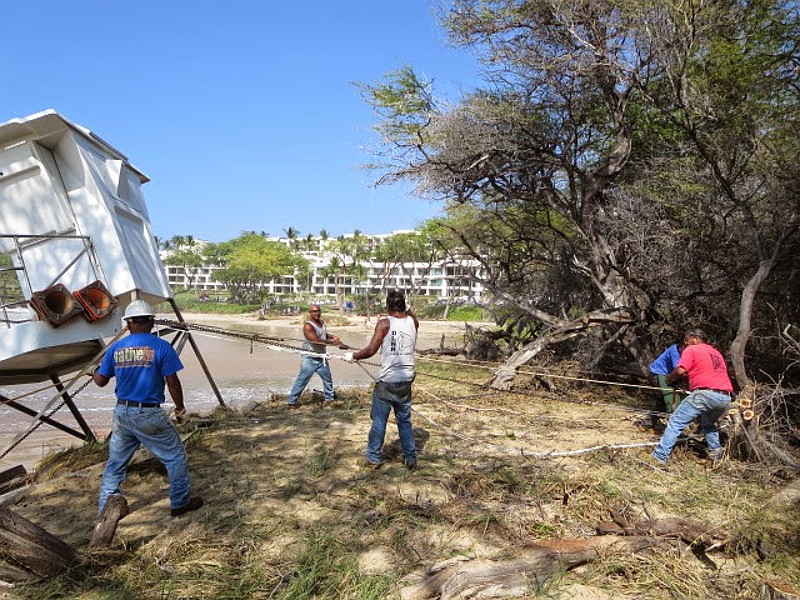