NEWS BRIEFS There has been no advancement of the lava flow in any of the down slope flow areas. Civil Defense reports there are multiple breakouts along both margins upslope of the flow front, which “provide indication that the tube system continues to be supplied and lava from the source is making its way to […] 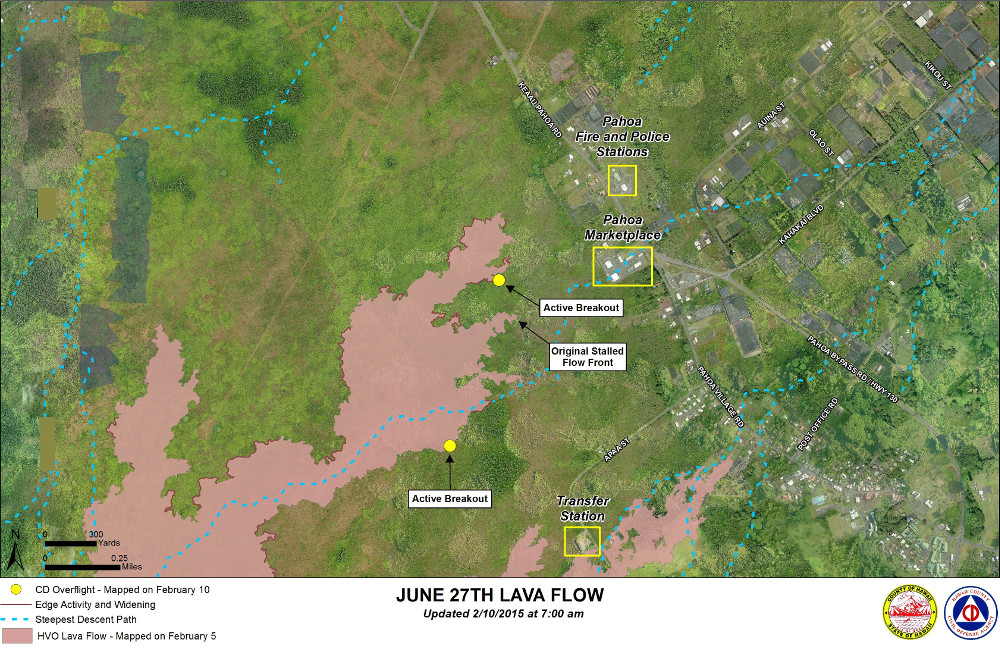 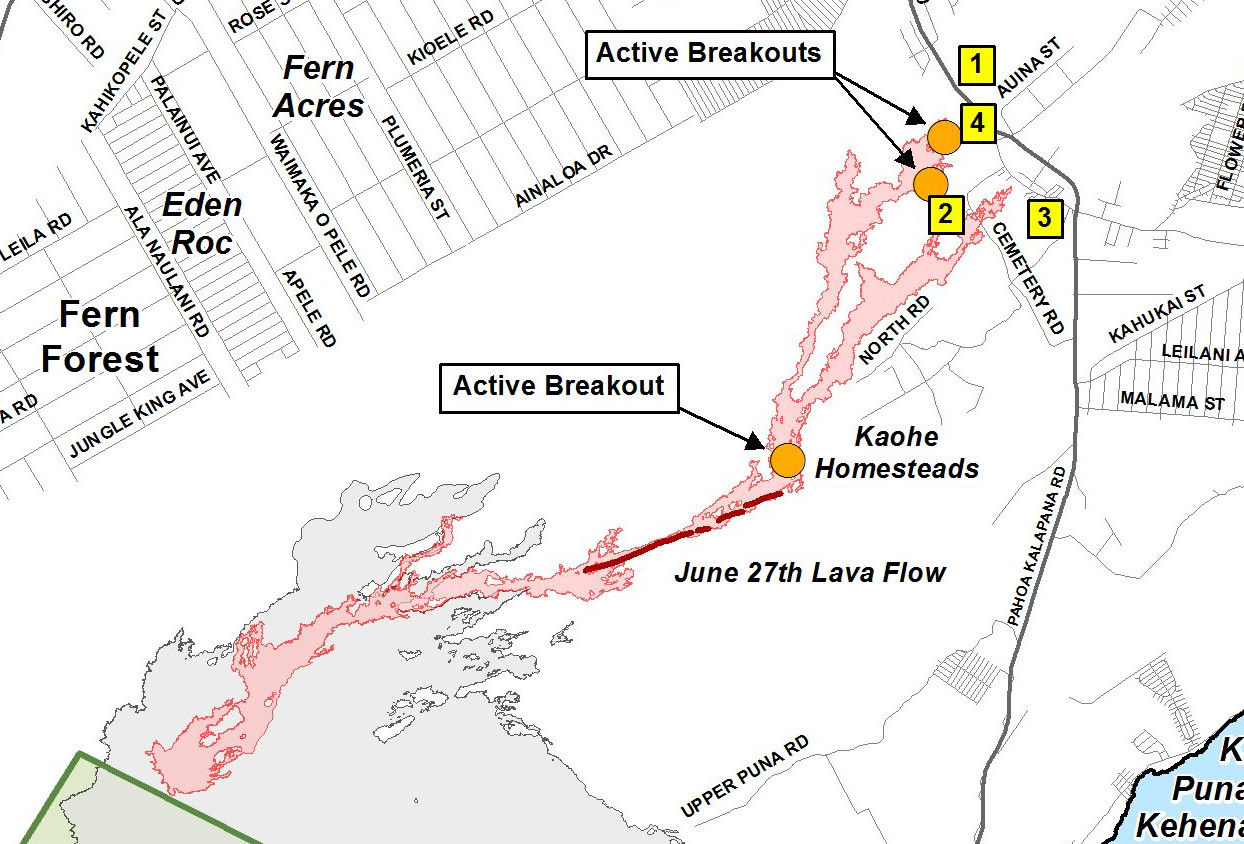 Smoke conditions were light to moderate with a light south wind blowing the smoke in a north/northeast direction. Smoke conditions may increase in some areas and individuals who may be sensitive or have respiratory problems are advised to take necessary precautions and to remain indoors. A light rain was occurring in the area this morning and no burning activity related to the recent brush fire was noted. There is no fire threat to any nearby communities and the fire conditions will be monitored closely.

Activity Summary: Kīlauea Volcano continues to erupt at its summit and from its East Rift Zone. The inactive distal tip of the June 27th lava flow remains roughly 500 m (~550 yd) from Highway 130 in the area west of the Pāhoa Fire and Police Stations. The flow has not advanced downslope in about 2 weeks, but many breakouts remain active upslope. Tiltmeters located at the summit recorded little change in the past 24 hours; a tiltmeter at Puʻu ʻŌʻō recorded inflationary tilt that correlates with rainfall at the vent. No significant changes have occurred at the volcano during the past 24 hours.

Puʻu ʻŌʻō Observations: A small amount of inflationary tilt was recorded by the tiltmeter on the north flank of Puʻu ʻŌʻō during the past 24 hours, which correlates well with rainfall at the vent. Webcams show a few spots of fluctuating glow emanating from small pits within the crater, and seismic tremor has remained low. The rate of sulfur dioxide emission from all East Rift Zone vents was about 200 tonnes per day, measured on January 7 (unfavorable wind conditions have prevented more recent measurements).