There is no change with of any of the down slope flow areas, civil defense says, however two breakouts on either side of the flow pad are being watched. 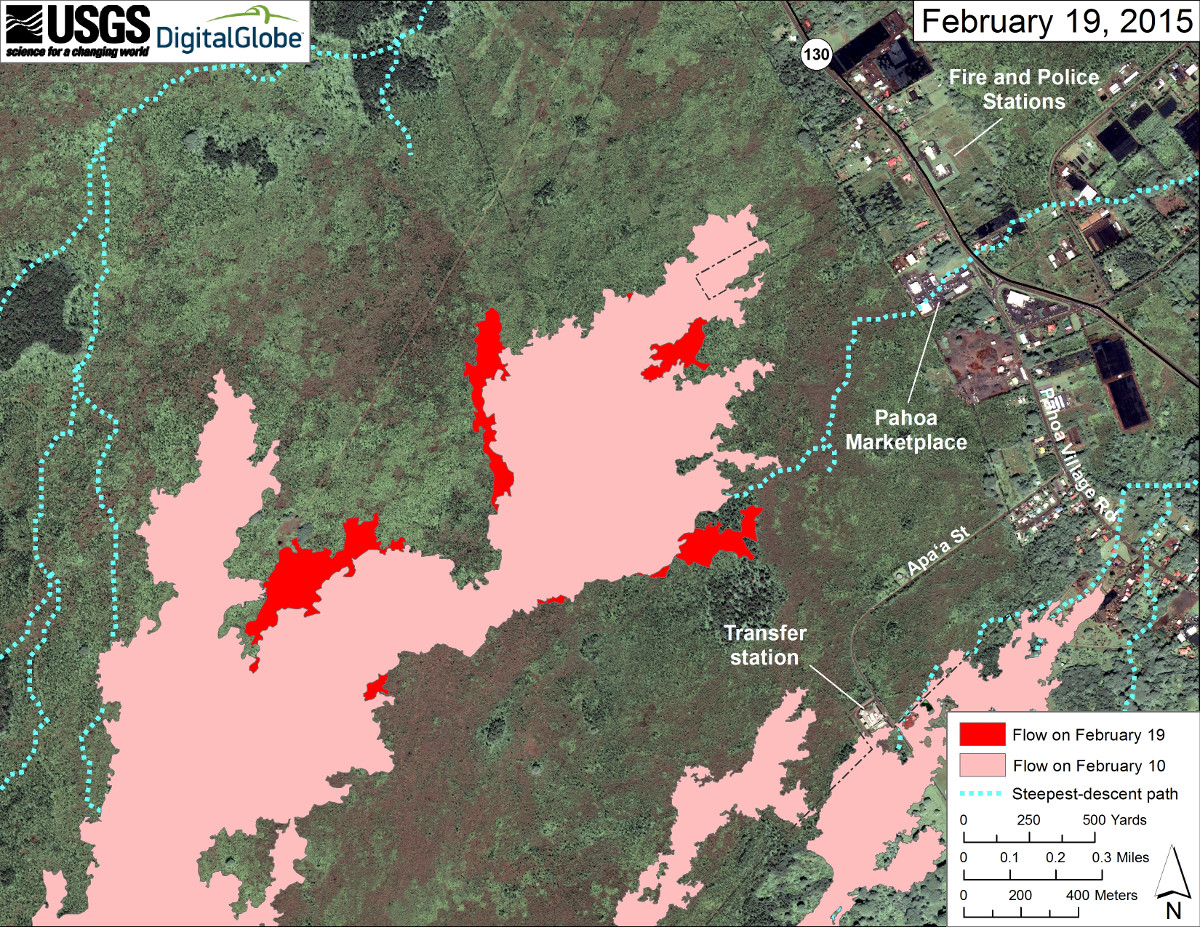 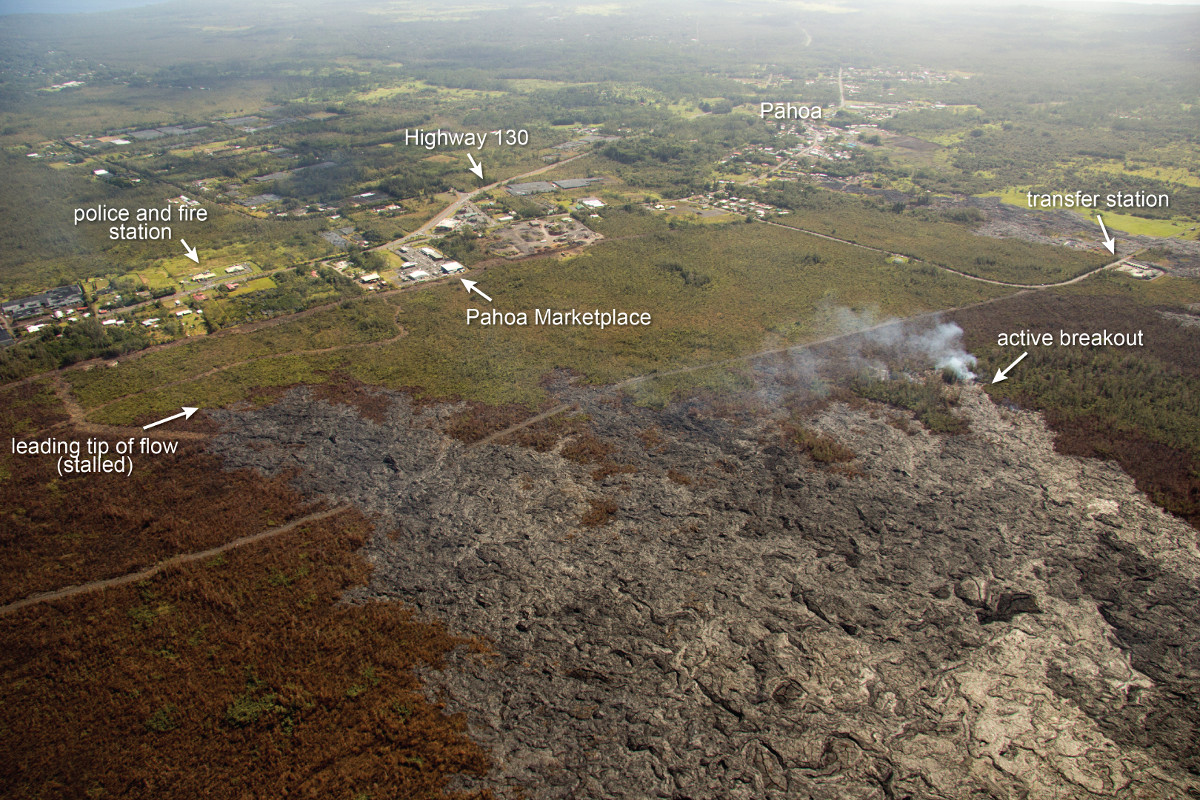 USGS photo from a Feb. 19 overflight shows the active breakout south of the stalled tip is about 650 meters (0.4 miles) northwest of the Pāhoa transfer station.

Activity Summary: Kīlauea Volcano continues to erupt at its summit and from its East Rift Zone. The inactive distal tip of the June 27th lava flow remains roughly 500 m (~550 yd) from Highway 130 in the area west of the Pāhoa Fire and Police Stations. The flow has not advanced downslope for the past several weeks, but many breakouts remain active upslope. Tiltmeters located at the summit have recorded little net change in tilt over the past day.

June 27th Lava Flow Observations: During yesterday’s overflight, HVO staff observed that the inactive flow tip remains stalled with scattered breakouts active 0.5 to 2.7 km (0.3-1.7 mi) upslope of the stalled flow tip. These breakouts include a lobe extending to the north, about 1.6 km (1 mi) upslope from Hwy 130, and a lobe on the south side of the flow, about 870 m (0.5 mi) upslope of Malama Market. The greatest concentration of activity near the flow front extends from 1.7 to 2.7 km (1-1.7 mi) upslope from the stalled flow tip. This activity consists of small breakouts scattered across the flow and along the north and south margins. There appears to be no net change in the overall abundance of active lava since last week. The breakout about 3 km (2 miles) northeast of Puʻu ʻŌʻō at the forest boundary remains active. Scattered activity also continues west of Kaohe Homesteads in the same general areas that have been active for about the last month. Webcam views suggest that activity this morning has not changed significantly.

Puʻu ʻŌʻō Observations: The tiltmeter on the north flank of Puʻu ʻŌʻō showed no significant change in tilt over the past day. Yesterday’s overflight and today’s webcam views show incandescence in the normal locations within the crater. Seismic tremor has remained low. The rate of sulfur dioxide emission from all East Rift Zone vents was about 200 tonnes per day, measured on January 7 (unfavorable wind conditions have prevented more recent measurements). VLF measurements on the June 27th lava tube returned an average cross-sectional area of the lava stream of 2.3 square meters (2.8 square yards), slightly higher than last week’s measurement.

Summit Observations: Tiltmeters operating around the summit recorded little net change in tilt over the past day. The level of lava within the summit eruptive vent has not changed significantly over the last day, and remains at 40-45 m (130-150 ft) below the rim of the Overlook crater. Emission rates of sulfur dioxide were measured at 3,300 tonnes/day on February 13. Seismic tremor at the summit remained low.USGS Hawaiian Volcano Observatory on Feb. 20 at 9:34 a.m. HST