HILO - A Hilo man is in critical condition at an Oahu hospital after being shot by police during a Saturday night incident.

Officers Fired When Suspect’s Car Reversed Toward Them, Police Say

HILO, Hawaii – A Hilo man is in critical condition at an Oahu hospital after being shot by police during a Saturday night incident.

Hawaii County Police issued this media release over the weekend:

At approximately 11:57 p.m., South Hilo Patrol officers were just leaving the area of the Kilauea Avenue extension in a marked police subsidized vehicle that was stopped at the Mamo Street intersection when a silver late-model Chevy compact four-door sedan sped toward them in a threʻatening manner, striking the police vehicle. The suspect’s car continued northbound on the Kilauea Avenue extension and struck a parked car, injuring a 27-year-old Ookala woman standing next to it.

The car continued northbound on the Kilauea Avenue extension, turned left on Haili Street and then made its way onto Kinoole Street heading south. Officers pursued the suspect’s car and stopped it at the intersection of Haihai Street and Kinoole Street, where they arrested 31-year-old James Salai of Hilo on suspicion of terroristic threatening. He was taken by ambulance to Hilo Medical Center for treatment of apparent gunshot wounds and later transferred to The Queen’s Medical Center on Oahu in critical condition.

Police ask anyone who witnessed the incident to call the Police Department’s non-emergency line at 935-3311 or contact Detective Wendall Carter at 961-2378 or wcarter@co.hawaii.hi.us.

Tipsters who prefer to remain anonymous may call the island wide Crime Stoppers number at 961-8300 and May be eligible for a reward of up to $1,000. Crime Stoppers is a volunteer program run by ordinary citizens who want to keep their community safe. Crime Stoppers doesn’t record calls or subscribe to caller ID. All Crime Stoppers information is kept confidential.Hawaii County Police media release on March 1, 2015 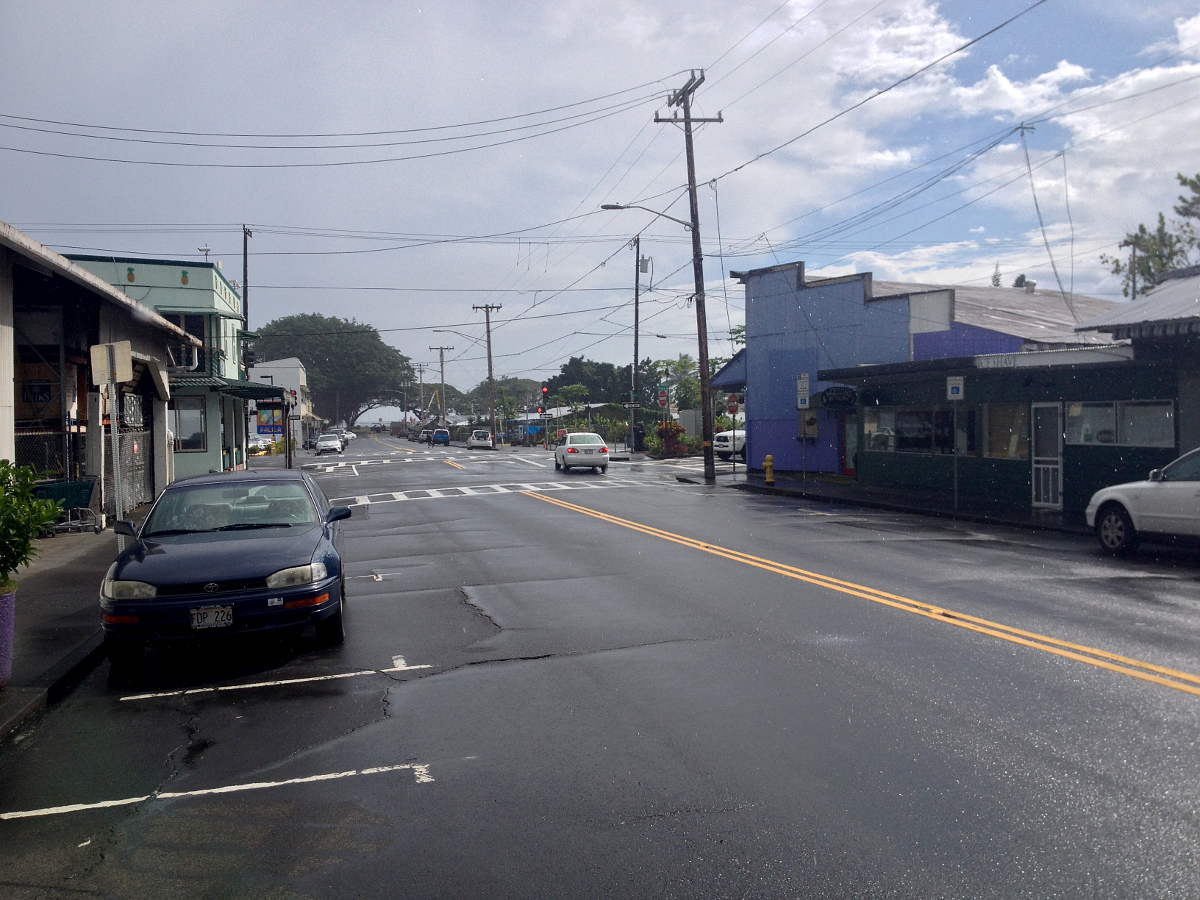 The view on Mamo Street looking makai towards Kilauea Avenue and the bay.