The blizzard warning continues for the summits of Mauna Kea and Mauna Loa, as snow is piling up high.

MAUNA KEA – The blizzard warning continues for the summits of Mauna Kea and Mauna Loa, as snow is piling up high.

The National Weather Service says the warning is in effect for Hawaii Island’s higher elevations – anything above 11,000 feet – until 6 p.m. Thursday. Forecasters expect an additional 2 to 4 inches of snow to fall. Temperatures are in the mid-20s, but its the wind that is extreme, gusting up to 85 miles per hour.

Those who work on the summit – including snow removal crews – had to abandon their posts. This message was issued by the Maunakea Rangers early Thursday morning.

The road to the summit of Maunakea is CLOSED to the public due to continuing blizzard-like, white-out conditions on the summit. Due to rapidly accumulating snow drifts, extremely strong winds and near white out conditions yesterday, the snow removal crew and all observatory personnel abandoned the entire summit area. Weather permitting, our snow removal crew will again begin attempting to clear the large amounts of snow from summit roads early this morning, however, it will likely take them at least the entire day to complete this task. Maunakea Rangers at 3:55 a.m.

It is likely that the summit road will remain closed all day today.

Down below Mauna Kea, summit views were shrouded in clouds all day. Some folks were able to glimpse the snow on the areas just below the summit as it peeked out from beneath the blizzard. Lynn Beittel of Visionary Video took these shots from Waimea this morning. 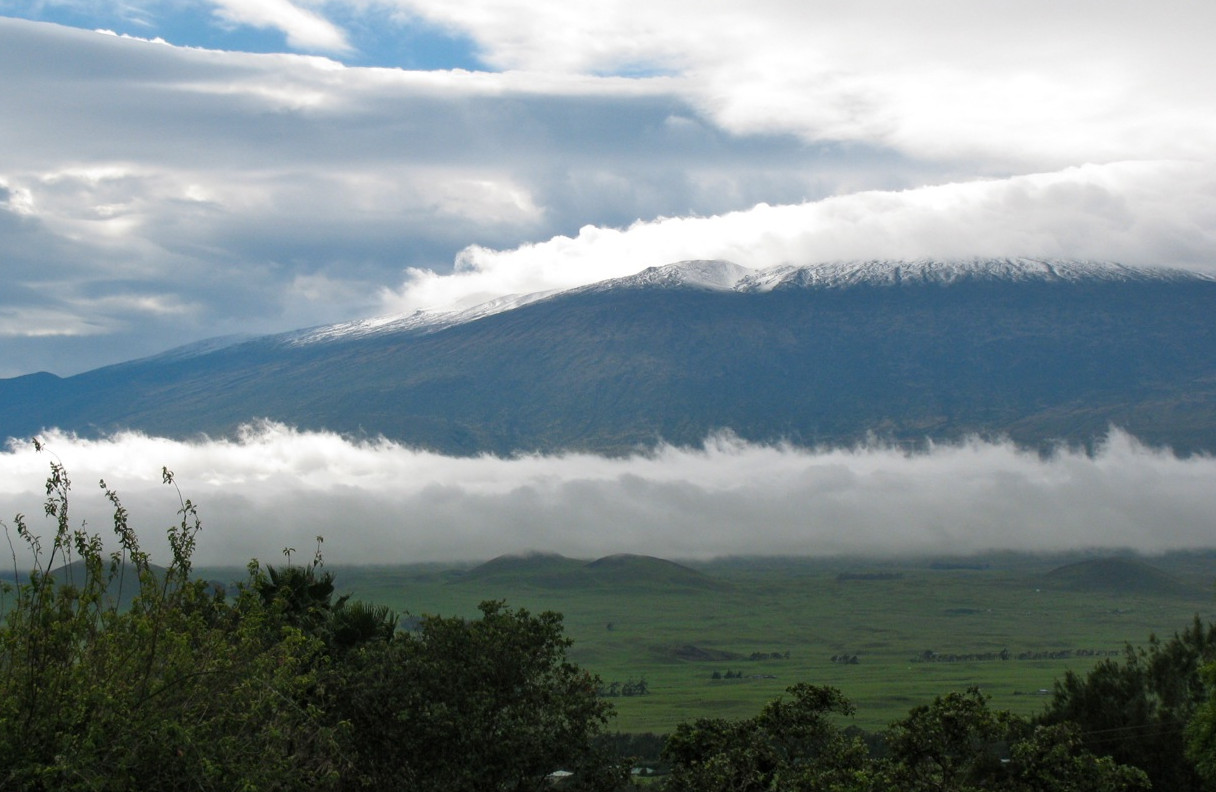 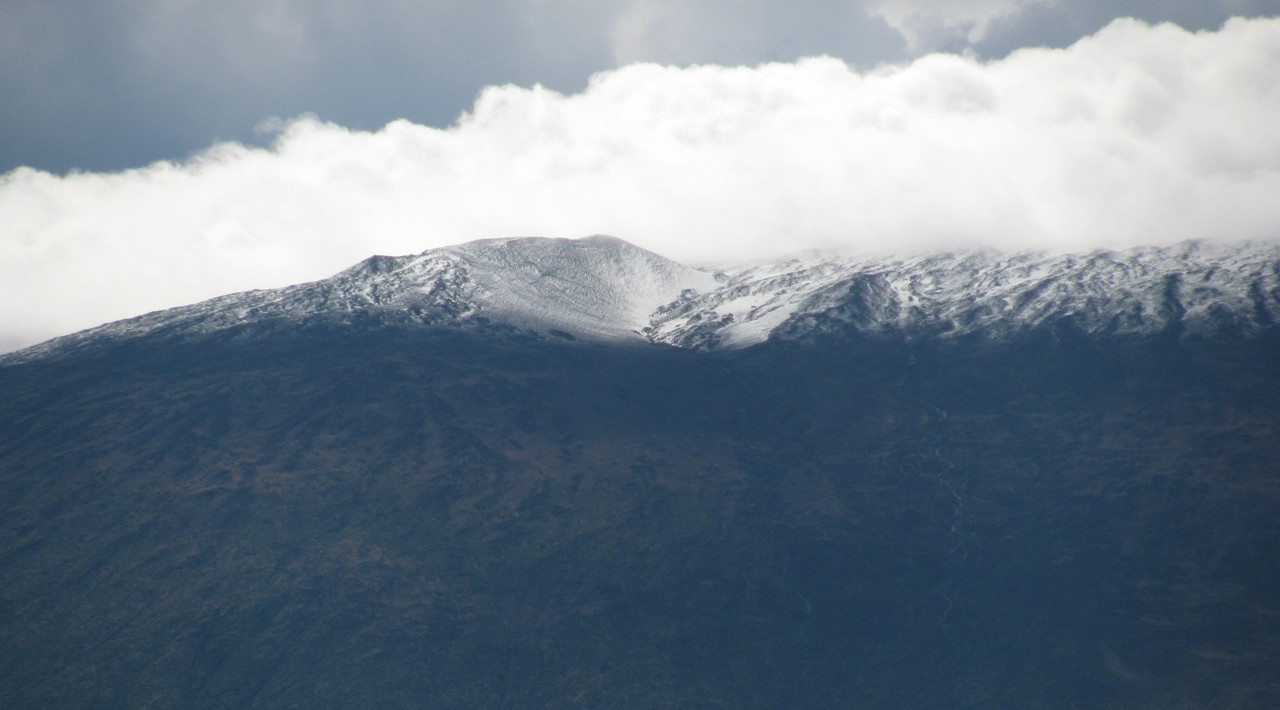 Waimea caught a glimpse of the snow on Mauna Kea, although the summit remains obscured by the blizzard.