The Pacific International Space Center for Exploration Systems (or PISCES), in collaboration with the Hawaii County, NASA, the University of Hawaii, and Kodiak FRP Rebar, installed the sidewalk made out of “lunar concrete” – made out of volcanic basalt fines – a waste product found in Hawaii’s quarries.

Researchers say this so called lunar concrete could be a big potential benefit to the state.

For Hawaii, lunar concrete could prove to be a sustainable, green alternative. The state currently imports 300,000 metric tons of cement from Portland per year in order to meet demand. Furthermore, cement production accounts for about 5%-7% of global CO2 emissions. By developing homegrown cement, PISCES hopes to reduce the State of Hawaii’s economic and environmental costs associated with cement production.PISCES media release

This may also be the method used to one day build human bases in space.

Because Hawaii’s volcanic basalt is nearly identical to the regolith (dirt) found on the Moon, Mars, and asteroids, the successful development of lunar concrete could prove to be a groundbreaking method used to build structures and human bases on other planets.PISCES media release

Three slabs were installed, each made of different binders that “glue” the lunar concrete together. Researchers will analyze the slabs (fly ash, baked basalt paver, and fly ash with basalt rebar) over a period of one year to see which binding agent is the most effective. Furthermore, one of the slabs will be reinforced with rebar made out of basalt instead of traditional steel. Basalt rebar is 25% lighter than steel, twice as strong, and is extremely resistant to corrosion. 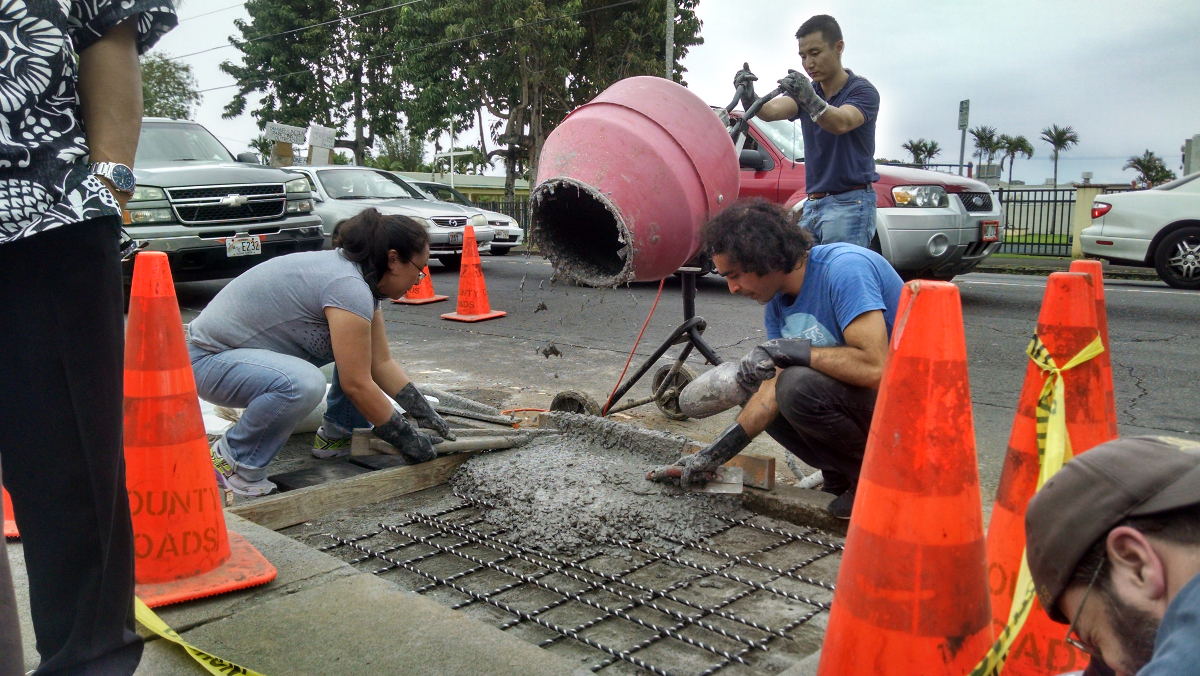