There is very little activity in the down slope areas, and officials are beginning to suggest that the lava flow may no longer be active at the front. 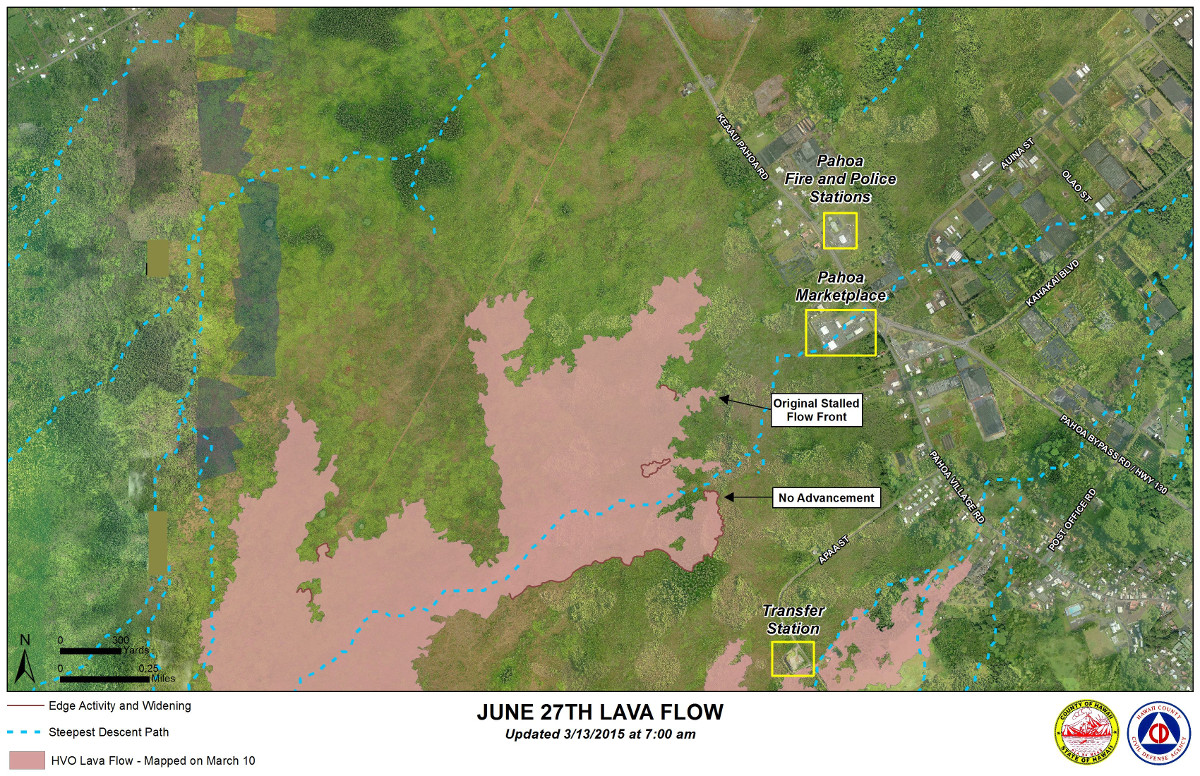 This morning’s assessment showed very little activity in the down slope areas. Due to low cloud cover and poor weather conditions, a full area survey up to the summit or vent area was not possible. Very little activity was noted from the stalled flow front extending approximately 5 miles upslope. Additional assessments will be conducted as weather conditions allow. All current activity does not pose an immediate threat to area communities. The Hawaii County Civil Defense Agency and Hawaiian Volcano Observatory are maintaining close observations of the flow and residents and businesses down slope will be informed of any changes in flow activity and advancement.

Smoke conditions were very light with a light west wind blowing the smoke in an east direction. Very little burning activity was noted and limited to smoldering trees and vegetation within the area of the flow pad. Smoke conditions may increase in some areas and individuals who may be sensitive or have respiratory problems are advised to take necessary precautions and to remain indoors.

Activity Summary: Kīlauea Volcano continues to host a lava lake at its summit. In addition, lava erupting from Puʻu ʻŌʻō in Kīlauea’s East Rift Zone has been active at the surface in several areas, including: (1) upslope from the Pahoa Marketplace; (2) west of Kaohe Homesteads; (3) northeast of Puʻu ʻŌʻō, near Pu‘u Kahauale‘a; and (4) on the northern flank of Puʻu ʻŌʻō. The breakouts near the Pahoa Marketplace and Kaohe Homesteads have waned considerably, and might no longer be active.

June 27th Lava Flow Observations: Kīlauea’s East Rift Zone lava flow (the June 27th lava flow) remains active at the surface in several areas. Yesterday, scattered breakouts were observed in the area of persistent activity upslope from the Pahoa Marketplace. Overnight, however, no incandescence was recorded by webcams monitoring that area, suggesting that the level of activity may have fallen. This is confirmed by a Hawaii County Civil Defense overflight this morning, which observed no obvious surface activity along the flow from the front to slightly upslope of Kaohe Homesteads. An HVO overflight scheduled for later this morning (weather permitting) will check this with thermal imaging.

Farther upslope, a breakout from the tube has been active for the last four days about 2 km (1.2 mi) northeast of Puʻu ʻŌʻō, near the forested cone of Kahauale‘a. Poor visibility prevented overnight views but the breakout was active yesterday afternoon. Finally, aerial observations yesterday and webcam views overnight show that the February 21 breakout on the northern flank of Puʻu ʻŌʻō is still active and has begun to make its own lava tube.

Puʻu ʻŌʻō Observations: Webcam images over the past day show no major changes in the crater, but a tiny lava flow did erupt from a vent on the northeast edge of the crater overnight. Such flows are common. The tiltmeter on the north flank of Puʻu ʻŌʻō recorded no significant deformation over the past day. The sulfur dioxide emission rate from all East Rift Zone vents was about 430 tonnes per day when last measured on March 6.

Summit Observations: The summit lava lake level remains roughly 45-50 meters (150-165 feet) below the rim of the Overlook crater. Tiltmeters operating around the summit recorded inflationary tilt until about 1 AM, when deflation started. Emission rates of sulfur dioxide averaged 1300-6700 tonnes/day for the week ending March 10.USGS Hawaiian Volcano Observatory on Mar. 13 at 8:29 a.m. HST 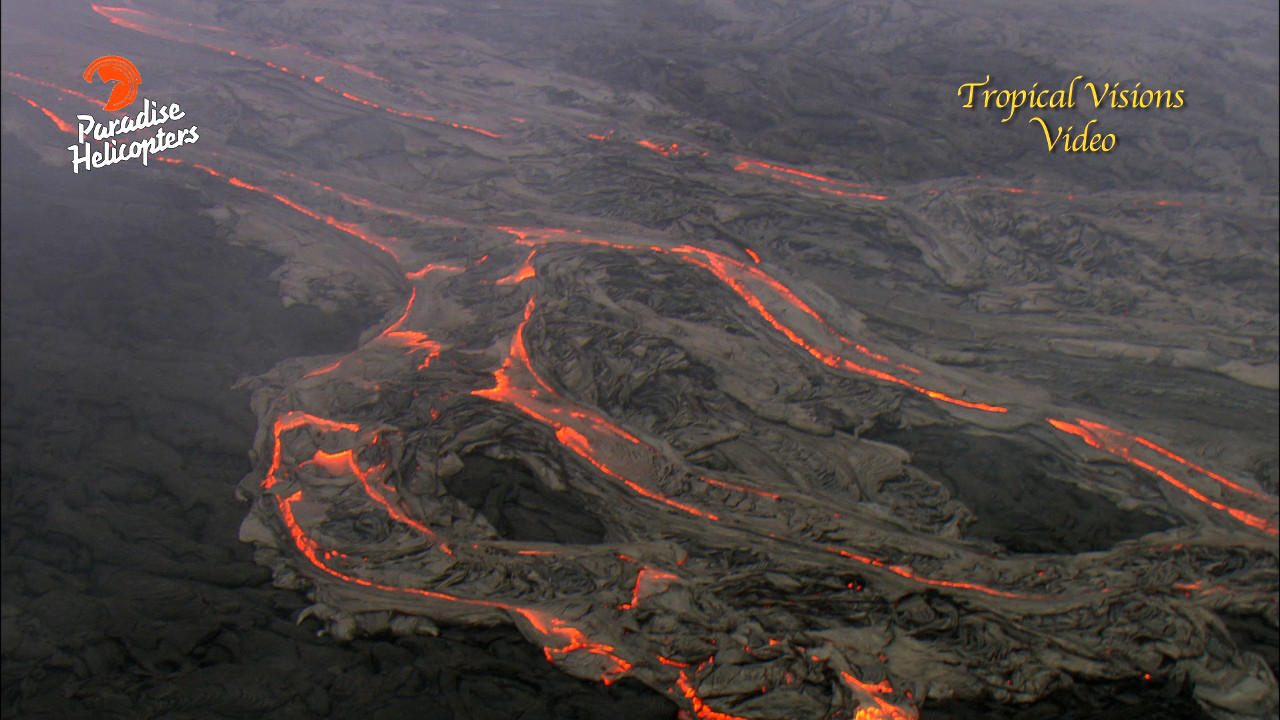