The Hawaii Department of Transportation celebrated the completion of the Kawaihae Harbor Pier 2 Terminal Improvements on Tuesday.

Governor David Ige joined other state officials for the occasion. The governor had a busy day on Hawaii Island, touring different projects with Department of Transportation director Ford Fuchigami. 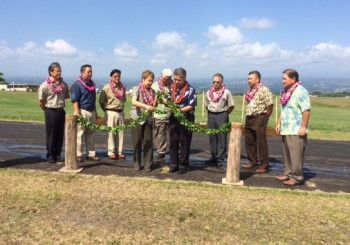 Before his visit to Kawaihae, Governor Ige celebrated a groundbreaking ceremony for the new Aircraft Rescue and Firefighting (ARFF) station at the Hilo International Airport. The new two-story, 21,000 square-foot facility will include four drive-through truck bays, a fueling area, new training facilities, along with improved work and living quarters for firefighters. State DOT issued a media release:

Our crews here at the Hilo ARFF station provide very specialized Aircraft Rescue and Firefighting responses that are unique to the airport setting. Each of these improvements will supply our firefighters with the facilities they need to train and carry out operations.”Ross Higashi, Deputy Director of the Airports Division

The state says nearly 87-percent of the $18.8 million total was provided by the Federal Aviation Administration (FAA). State funds covered the remaining $3 million. The new station will be fully compliant with FAA requirements and is anticipated to be completed by June 2016.

The safety of our air travelers is always one of our highest priorities. Each of these improvements will help to keep our firefighters better trained, better equipped and ready to respond when the need arises. We look forward to the work being completed on time.”Governor David Ige

The governor also paid his first visit to the Pacific Biodiesel refinery in Kea`au, where he proclaimed (a day early) March 18, 2015 as Pacific Biodiesel Day “to perpetuate and honor the legacy of the inventor of the diesel engine, Rudolph Diesel, as well as the contributions of a local company, Pacific Biodiesel,” company officials reported.

The state reportedly affirmed a commitment to using B20, a 20% biodiesel blend which the company says “provides superior lubrication, equal performance and is biodegradable at twice the rate of #2 petroleum diesel, making it an all around better fuel that can even extend the life of diesel engines” according to the National Biodiesel Board.

“We are committed to convert all of our diesel fuel equipment and vehicles to B20. This fuel is a blend of 20% biodiesel and 80% petroleum diesel. We support initiatives to buy local and promote the use of clean energy fuels.” Ford Fuchigami, DOT director 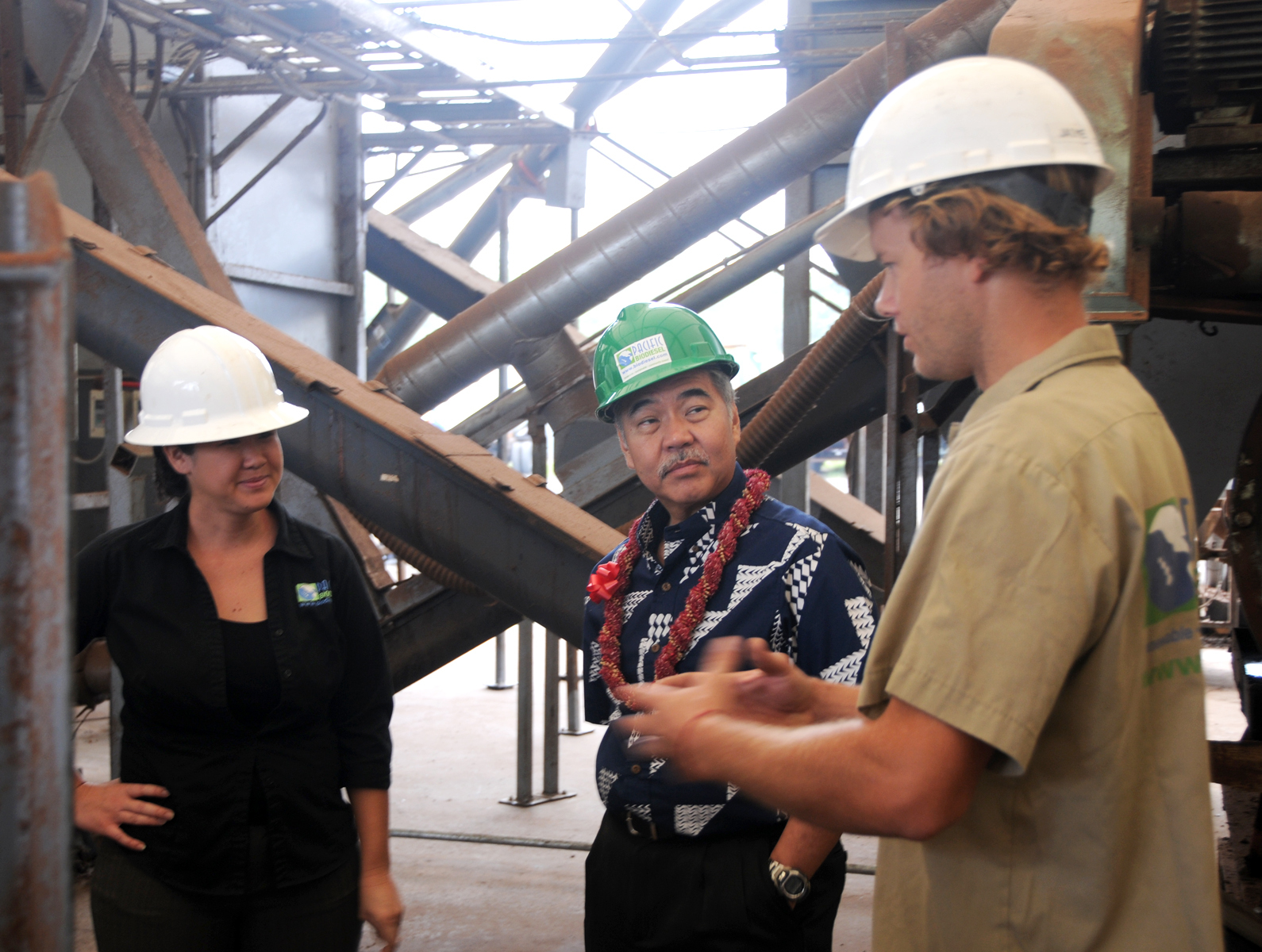