Today, county police arrested twelve people, all of them from Hawaii Island.

The Mauna Kea Access Road has been blocked to TMT construction crews by a group of Mauna Kea “protectors” for about a week. Today, county police arrested twelve people, all of them from Hawaii Island. Big Island Video News filmed the incident which took place at the Mauna Kea Visitors Center.

“During the arrests, our officers practiced the Hawaiʻi Police Department’s core value of compassion,” said Assistant Chief Henry Tavares, who oversees police operations in East Hawaiʻi, in the media release.

Earlier in the week, police were in communication with protesters opposed to the telescope, informing them that they had the right to protest peacefully and asking for a peaceful resolution and cooperation in keeping the roadway open. At that time, police informed the protesters that anyone who blocked the public road leading to the construction site would have to be arrested.Hawaii County Police media release

Video captured on Tuesday shows one of those meetings between police and protectors. 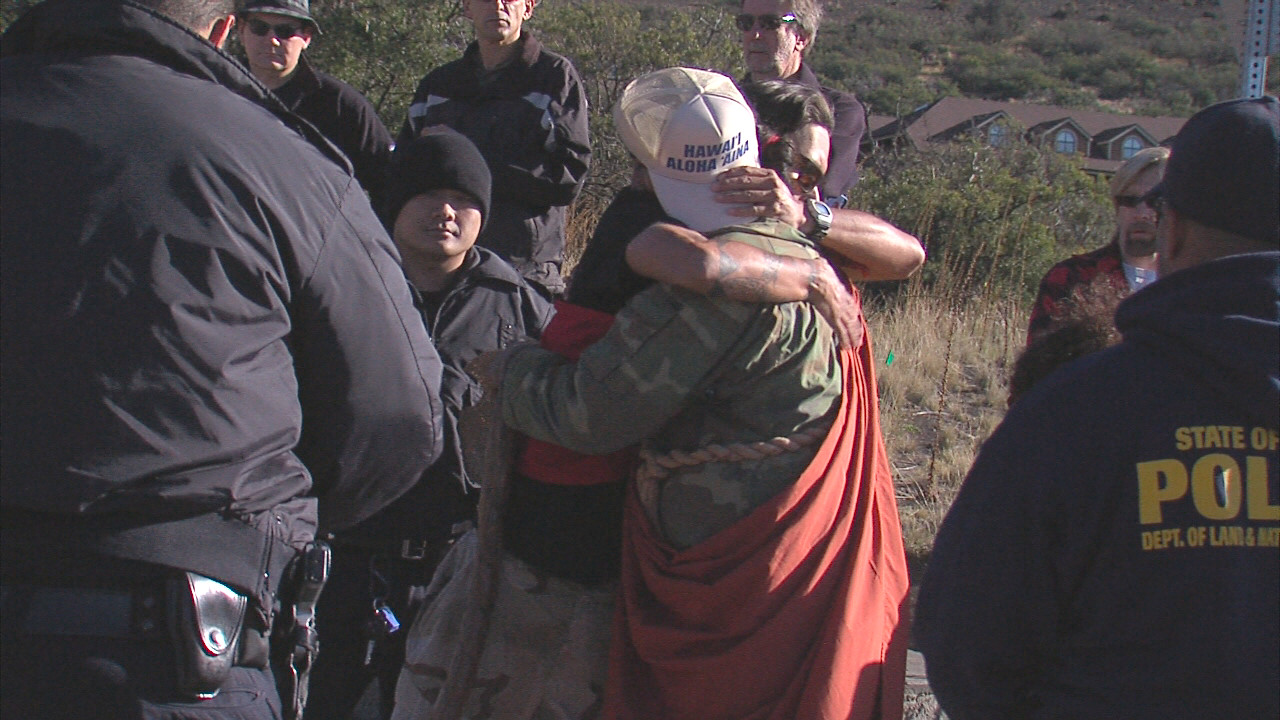 Kahookahi Kanuha of Kailua-Kona hugs a friend before being handcuffed Thursday on Mauna Kea.

The arrests began at approximately 8 a.m. Thursday and according to police, were still in progress at noon.

These individuals were taken to the Hilo police station for processing and then released after posting $250 bail:

“We regret that police action had to be taken to enable our legal access to the project site,” stated Thirty Meter Telescope Project Manager Gary Sanders, in a written statement.

TMT respects the rights of everyone to express their viewpoints. We also respect the laws of the State of Hawaii and the seven-year public process and authority that granted us permits to build the Thirty Meter Telescope in the Maunakea Science Reserve’s Astronomy Precinct. Like most people in the community we truly believe that science and culture can coexist on Maunakea as it has for the past 50-years along with other public uses.”
TMT Project Manager Gary Sanders

Police say additional enforcement was conducted by the Department of Land and Natural Resources, which is responsible for enforcement on property owned by the state. Images broadcast over social media show numerous other arrests being conducted by DLNR, and the scene appeared to be more chaotic than what happened at the visitor center earlier in the day. Details are still coming in about the ongoing struggle on the mountain. 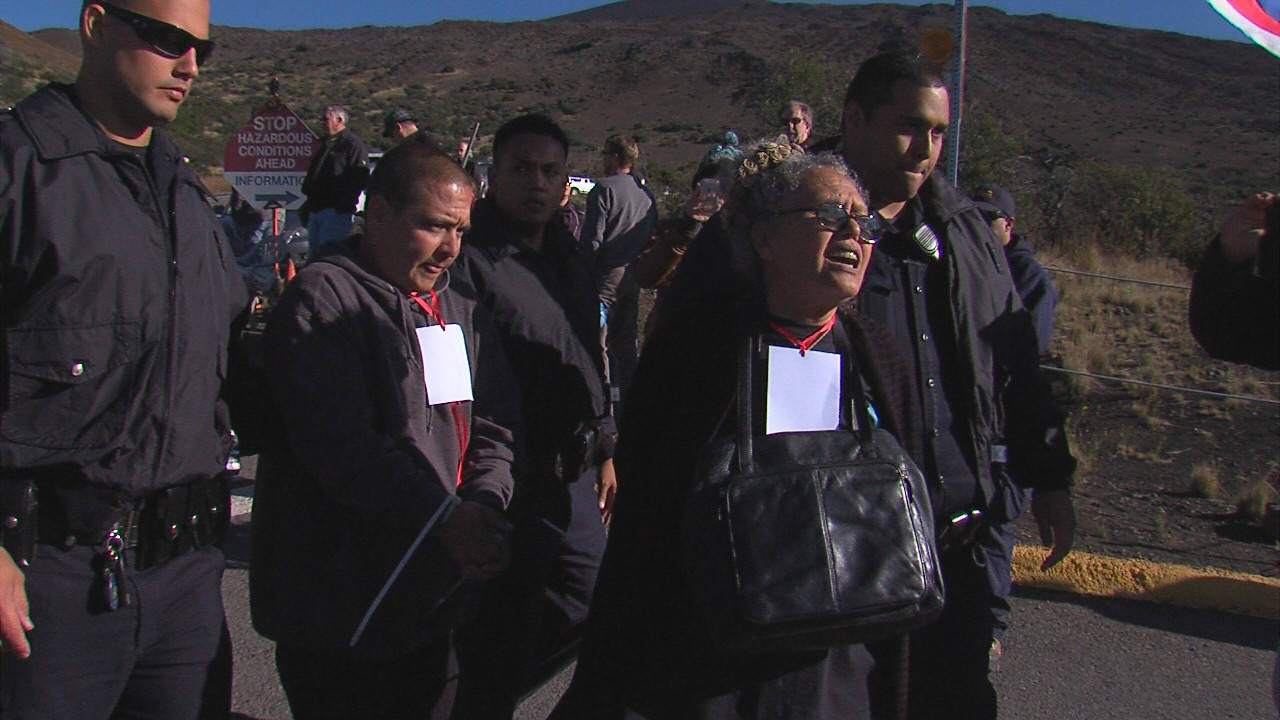 Moanikeala Akaka and Eric Heaukulani taken away by police. Akaka made it known she did not appreciate the handcuffs.