Video of Thursday morning’s mass arrest on Mauna Kea. The action was carried out peacefully just before 8 a.m.

MAUNA KEA – Several arrests were made Thursday morning as police began enforcing an open through-way on Mauna Kea Access Road. The road has been blocked by a group of Mauna Kea “protectors” – to Thirty Meter telescope construction crews only – for about a week.

Under pressure to enforce the law on the road, which is under Hawaii County jurisdiction, police began warning that arrests would be made if the group of protectors did not step aside to let TMT drive up to the summit.

Everyone involved prepared themselves for a showdown today.

The arrests were carried out peacefully and with little anger, with the exception of 70 year old Moani Akaka who was outraged with the idea having to be handcuffed. Police officers seemed sympathetic to the cause, but nonetheless carried out their duty, often with the traditional Hawaiian embrace before the cuffing. An official count has yet to be released but the early number was in the vicinity of 10 to 20 people. Mothers with keiki were implored by police to step aside before the arrests began.

Before the arrests police granted the protectors the latitude to pray, and when Lanakila Mangauil spoke he petitioned the police to follow their sovereign hearts in the hopes they would not break up the blockade. 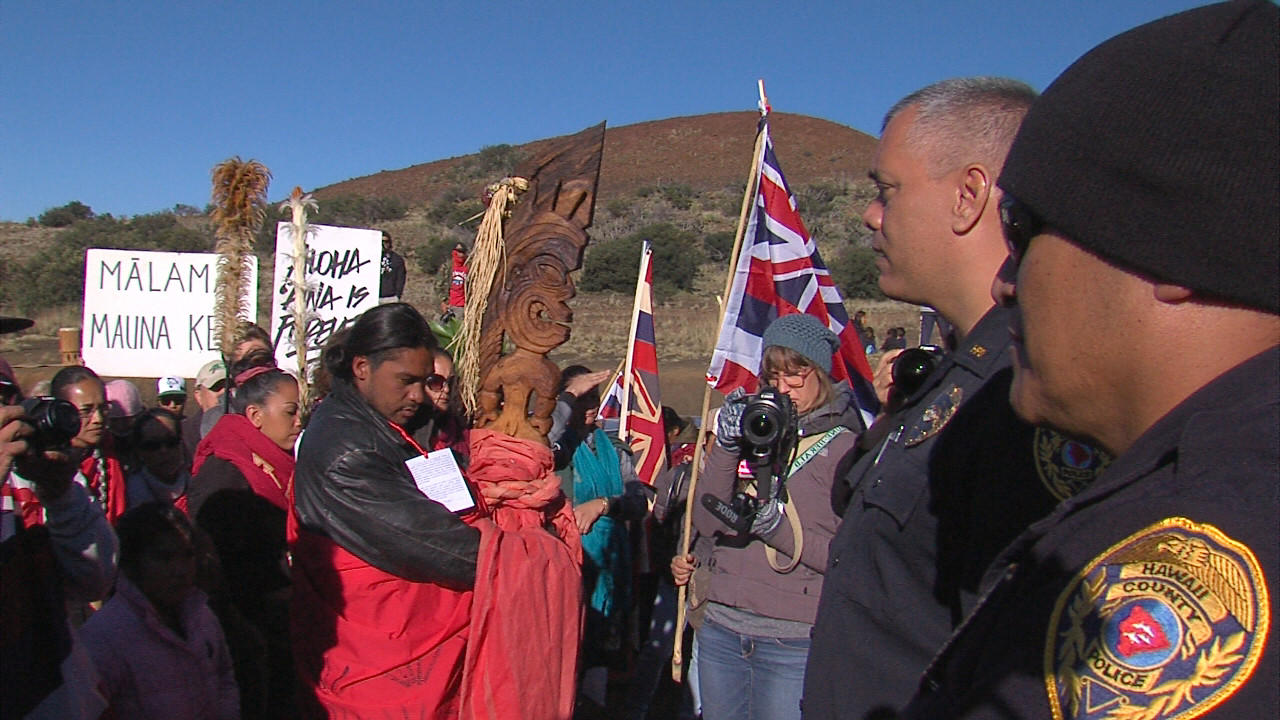 Those arrested are expected to face a misdemeanor charge with a bail of $250. Mangauil and other leaders asked the fellow protectors to consider an alternative to arrest, but knowing there were some whose minds were made up, Managuil asked that everything be done peacefully and with aloha.

The road was cleared at the Mauna Kea visitor center and open by 8 am, allowing TMT vehicles to pass through.

Mangauil was last seen walking up the summit road towards the TMT site with a band of supporters. 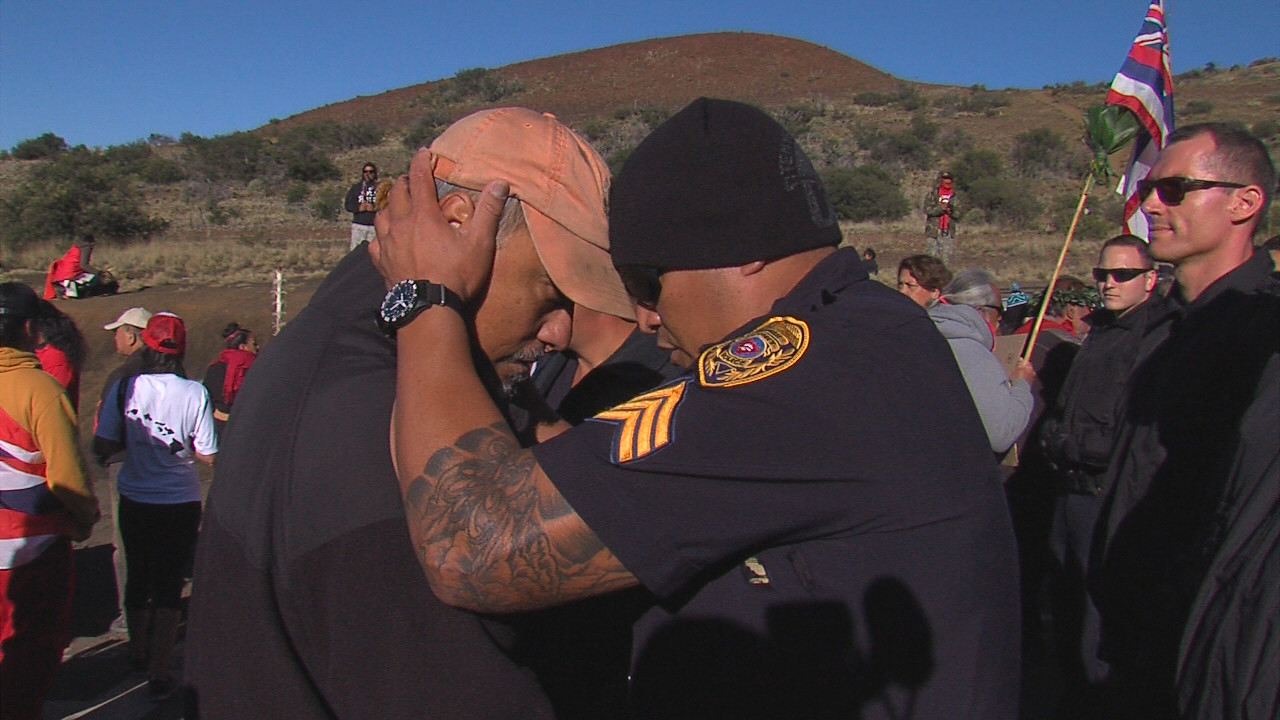