This video shows the discussion between Captain Sherlock and the leaders of the blockade effort.

This video is part two in a series of three documenting the hours before the mass arrests on Mauna Kea on Thursday.

MAUNA KEA – After a pre-dawn gathering to discuss strategies and kapu aloha, the protectors of the mauna met with police, right before blocking the first vehicle in the Thirty Meter Telescope convoy.

It wasnt the first time Hawaii County Police Captain Richard Sherlock met with the group. The hui has been blocking TMT for about a week on the Mauna Kea Access Road at the visitor center cross walk. Over the first few days of the blockade, police stood down. But by Thursday, the officers had their orders to remove the obstruction. The protectors were warned in advance.

This video shows the discussion between Captain Sherlock and the leaders of the blockade effort. It was the last time the police captain and the hui would talk at length before the arrests. 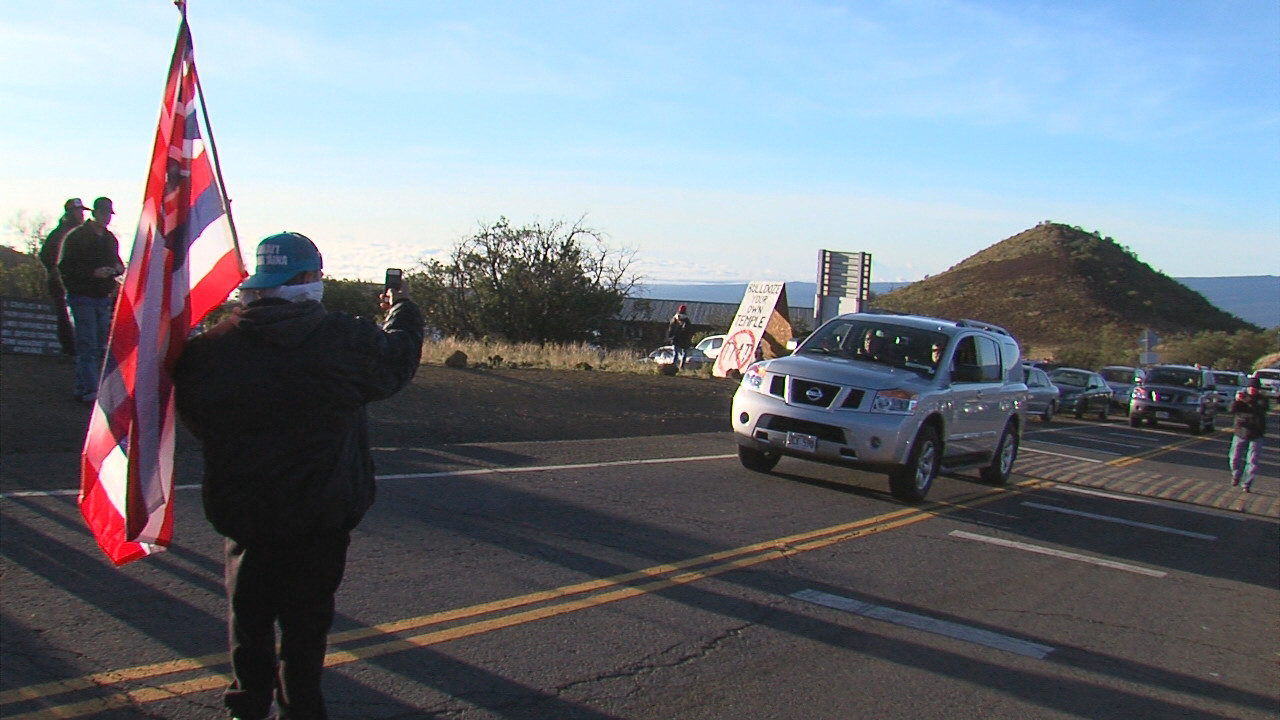 The first vehicle in the Thirty Meter Telescope convoy.