WAIMEA, Hawaii – Parker Ranch and subsidiary Paniolo Power updated the community on their bold effort to pursue renewable energy and lower electricity rates for North Hawaii – and perhaps all of Hawaii Island.

Parker Ranch CEO Dutch Kuyper and Jose Dizon made a presentation to the Waimea Community Association during a meeting on April 2nd.

In October 2013, Kuyper created buzz when Parker Ranch began working on its own Integrated Energy Resource Plan, and returned to update the Waimea Community in April 2014. The Paniolo Power Company was created to handle the ranch’s energy endeavors.

Since that time, the utility landscape has changed, somewhat. Florida-based NextEra Energy, Inc is looking to merge with / acquire the Hawaiian Electric Company in a deal that would include HELCO on Hawaii Island. Early in 2015, Parker Ranch announced it had entered into an agreement with an affiliate of NextEra Energy for long-term access rights to Parker Ranch lands to develop renewable energy derived from their wind resources.

Paniolo Power provided Big Island Video News with the slides from their presentation, which have been incorporated into the video presentation above. Here is a timeline of events, taken from the presentation: 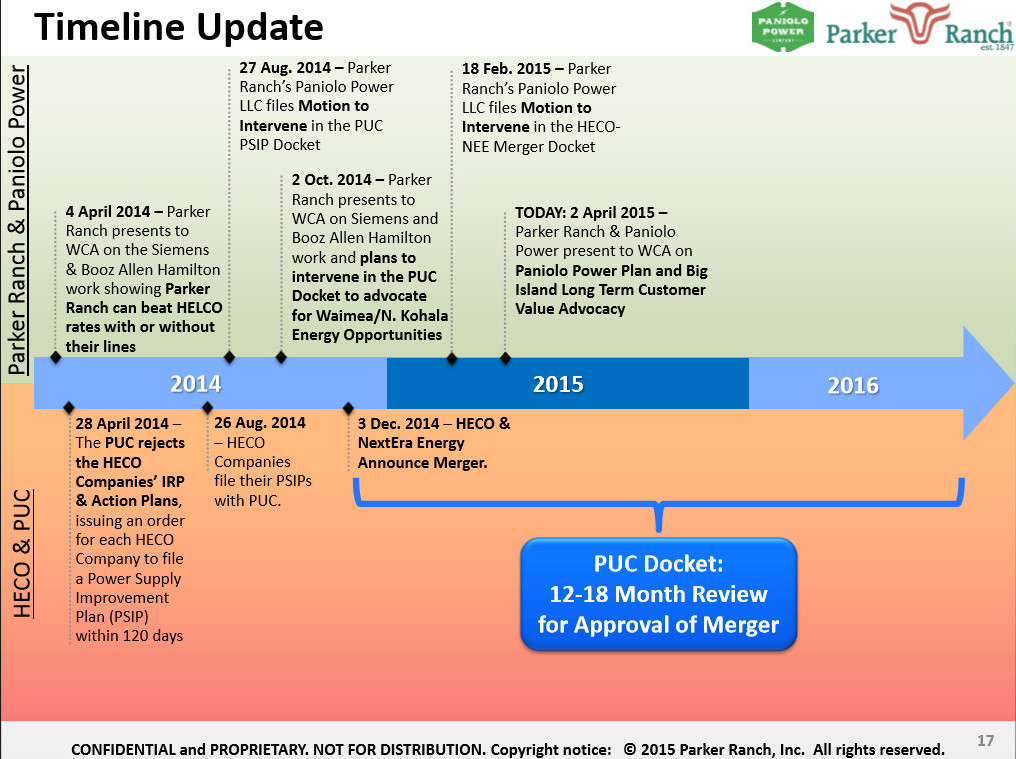