The lava lake in Halema'uma'u crater is visible from the Jaggar Museum overlook for the first time since the Kilauea current summit eruption began.

HAWAII VOLCANOES NATIONAL PARK – The lava lake in Halema’uma’u crater is visible from the Jaggar Museum overlook for the first time since the current Kilauea summit eruption began.

Visitors to the park last night excitedly reported what they witnessed over social media, and on our website. Using Facebook, Holly Povlsen Johnson said it well worth the trip. “You can now see the lava lake and spattering,” she reported, plus “hear the crash of rocks down the sides.” Scientists confirm:

The surface of the lava lake came into view yesterday afternoon, when observed from the Jaggar Museum overlook, and remains in view this morning. The high level triggered a small collapse from the overhanging west wall and rim of the Overlook crater at about 5:20 AM this morning, triggering a small explosive event that threw spatter out onto the Halema`uma`u crater floor. Increased seismicity continues beneath Kilauea’s summit and upper East Rift Zone. Sulfur dioxide emission rates averaged 4000-7000 tonnes/day for the week ending April 14.”USGS Hawaiian Volcano Observatory on April 24

The lava was only 66 feet below the rim of the Overlook crater yesterday and has risen some more since. This is the highest the lava lake has been since the summit eruption started in March 2008. For the first year or so, lava was only occasionally seen deep within the crater and was often masked by thick volcanic fume. The lava lake rose and became permanently established in February 2010. However, it was always hidden from public view just below the rim of the crater. The only way a volcano enthusiast could get a look at the lava was through webcams stationed around the summit.

The event coincides with continued inflation measured at the summit, marking a total of about 4.5 microradians since inflation started on Tuesday afternoon (April 21) according to scientists.

The event is certain to drive more traffic to the National Park. Yesterday, by coincidence, the National Park Service released visitation and economic impact numbers for 2014 for its parks across Hawaii Island. Hawaii Volcanoes National Park counted 1,693,005 visitors last year, and spent $136,839,700. The peer-reviewed visitor spending analysis was conducted by U.S. Geological Survey economists Catherine Cullinane Thomas and Christopher Huber and National Park Service economist Lynne Koontz shows those numbers supported 1,672 jobs with a cumulative benefit to the community of $170,878,000. 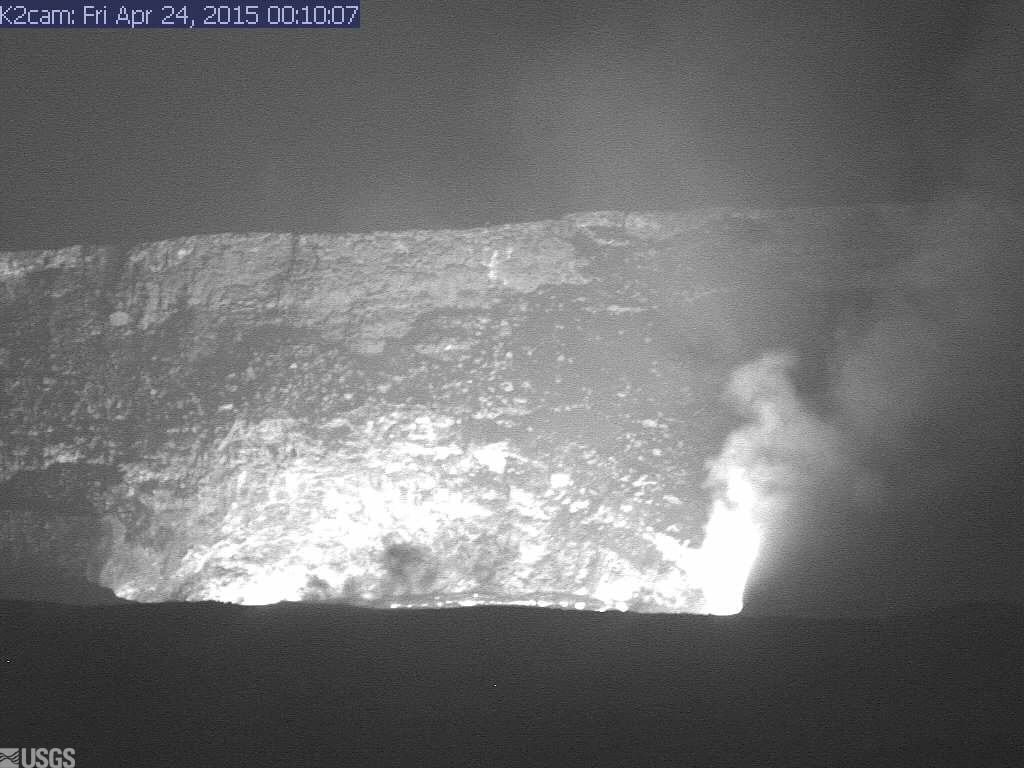 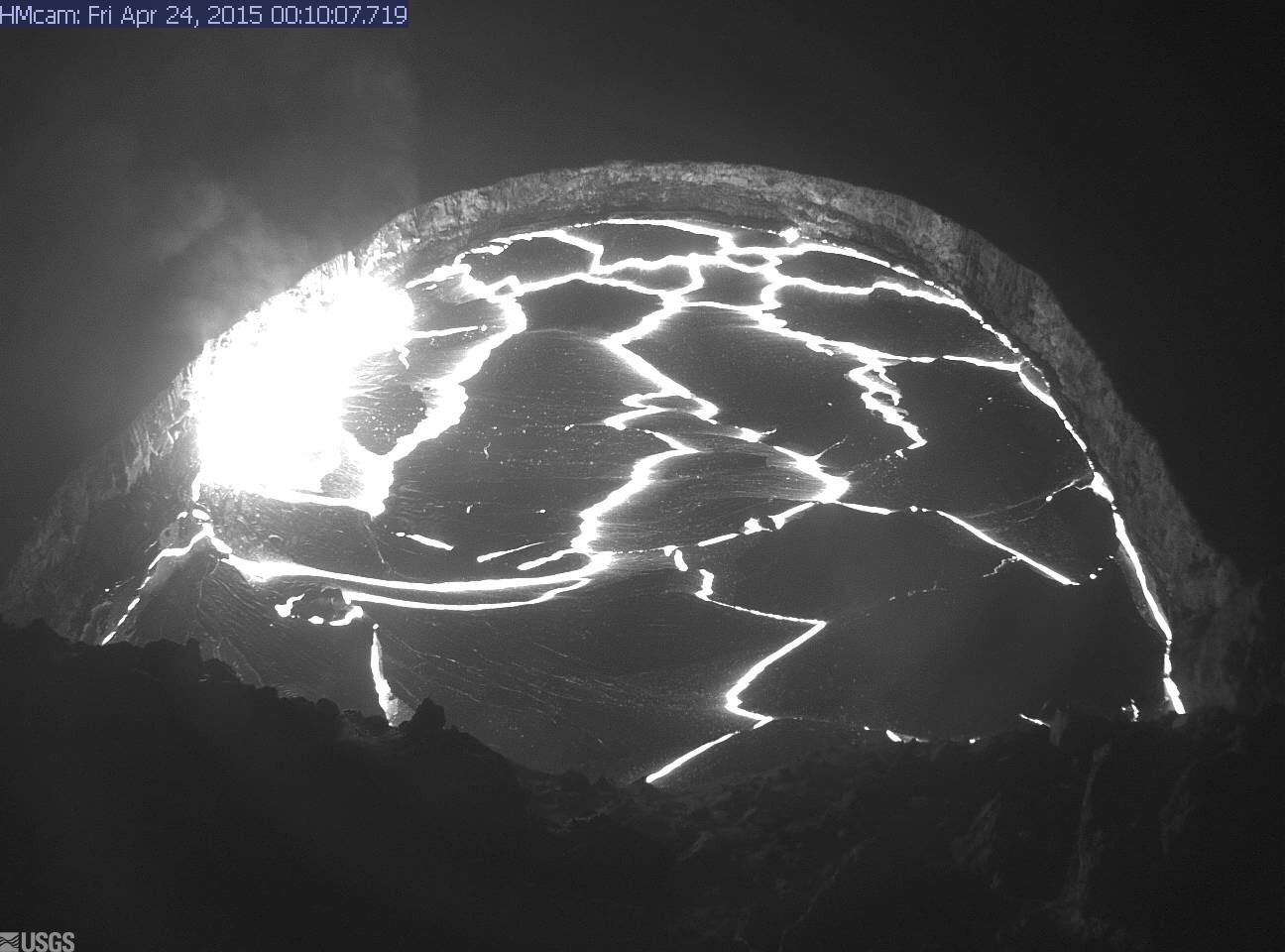