A small explosive event at the summit of Kilauea volcano on Sunday afternoon was captured on camera.

HAWAII VOLCANOES NATIONAL PARK – A small explosive event at the summit of Kilauea volcano on Sunday afternoon was captured on camera.

The USGS Hawaiian Volcano Observatory says a portion of the Halemaʻumaʻu Crater wall collapsed at 1:20 p.m. today (May 3), impacting the lava lake and “triggering a small explosion of spatter and a robust particle-laden plume.”

“Fist-size clasts were deposited around the closed Halemaʻumaʻu visitor overlook,” scientists report. No one was reported injured.

The event was captured on various webcams stationed around the summit. USGS released those images on Sunday, including a video of the explosion. 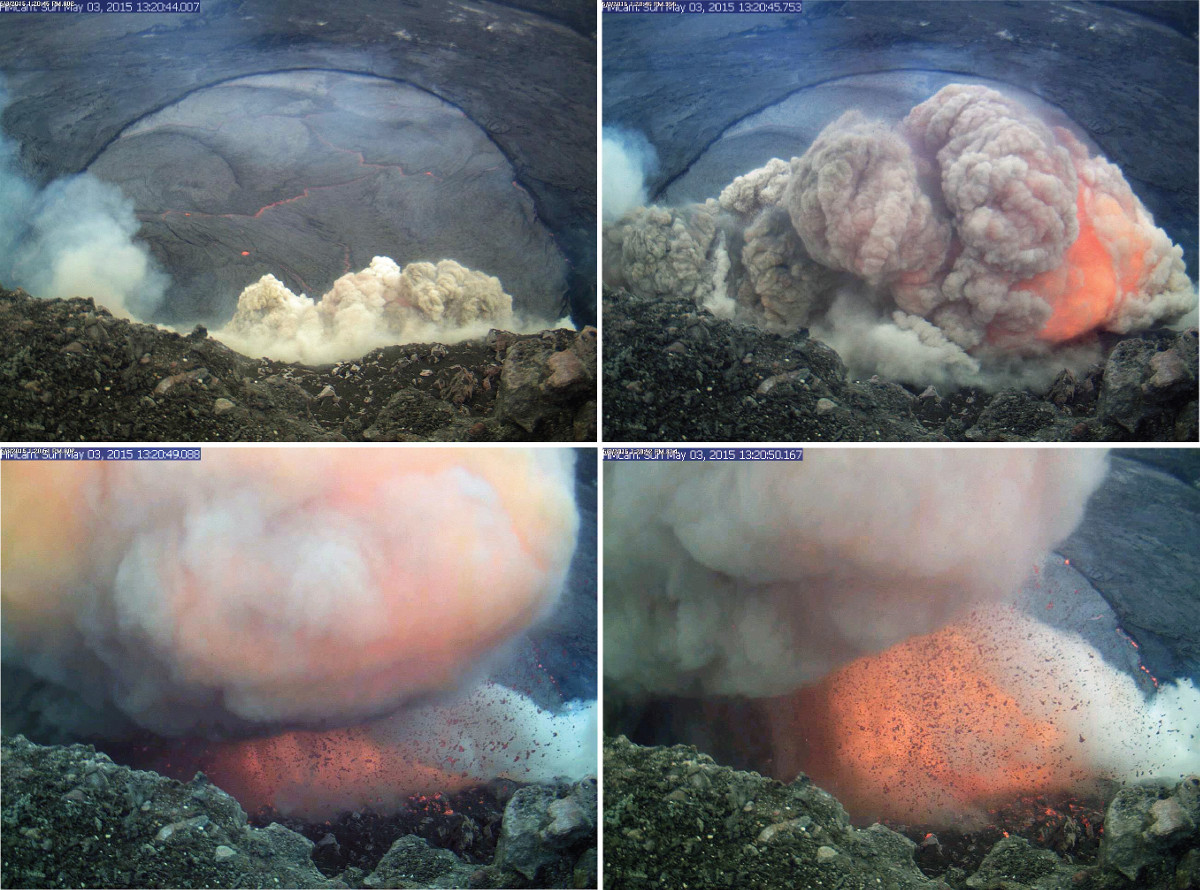 A sequence of USGS still images taken from the webcam positioned at the closed Halemaʻumaʻu overlook, spanning about six seconds. The collapse originated from a portion of the wall directly below the webcam, but just out of view. Large pieces of molten spatter can be seen flying through the air and being deposited on the crater walls below the camera.