On Sunday, supporters of the Mauna Kea hui drew a visual connection between the current fight against the Thirty Meter Telescope and their long sovereignty struggle.

MAUNA KEA – On Sunday, supporters of the Mauna Kea Hui and the Ku Kia’i Mauna movement drew a visual connection between the current fight against the Thirty Meter Telescope and their long sovereignty struggle.

At Pu’u Huluhulu – at the base of the Mauna Kea Access Road – many gathered to pay homage to the kupuna who first took a stand as far back as 1897. Hundreds of names written on small signs were dispersed around the grounds. The names are the ancestors who first stood against annexation by signing the Ku’e Petitions. Over 21,000 adult native Hawaiians joined the effort. Their names were gathered from across Hawaii, by foot, boat, and by horseback. The petitions were hand-carried to Washington and delivered to the United States Senate. The petition convinced congress not to sign a treaty of annexation between the U.S. and the Republic of Hawaii, which took over after the overthrow of Queen Liliuokalani on January 17, 1893.

In July 1898 – during the Spanish-American War – The Republic of Hawaii was annexed under the Newlands Resolution, a joint resolution of congress. To this day, many Hawaiians insist that the Newlands Resolution is no substitute for a legal treaty of annexation, and therefor Hawaii is under a prolonged occupation by the United States. The question over who has the legal right to lease lands – especially the crown lands of Mauna Kea – is one of the driving factors in today’s opposition to the TMT project.

We interviewed political scientists Dr. Keanu Sai a few weeks ago on the subject.

The Ku’e Petition was nearly lost to history; the population has only recently become educated about this chapter in Hawaii’s history.

On Sunday, gathering in tents by the ahu along Saddle Road, families of the Ku’e petitioners consulted with the records and looked for the names of their kupuna within documents. Later, in the cold mist and rain, the hundreds of names were placed in the lava field. Some – by coincidence – stumbled upon the names of their ancestors as they worked… an emotional moment for many, young and old. 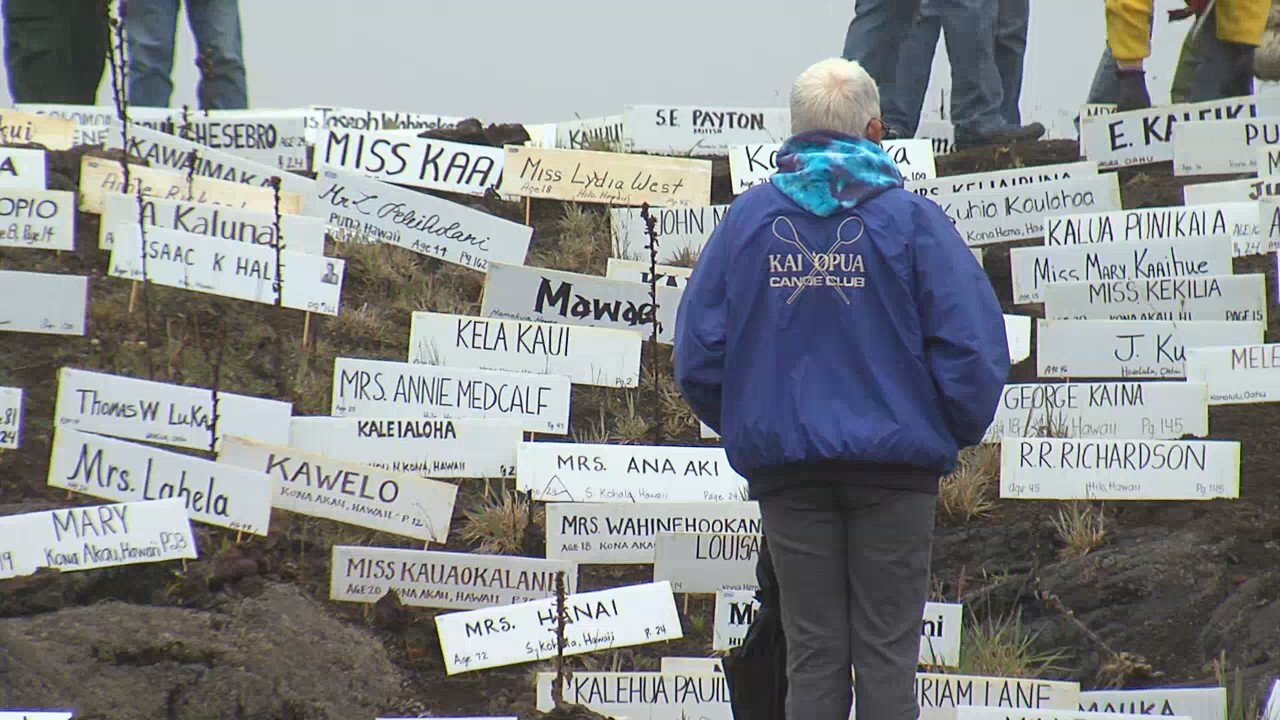 The names of the Ku’e Petitioners on display at Pu’u Huluhulu.