The lava lake continues to wow visitors to the Hawaii Volcanoes National Park, although the level of the lava lake dropped a bit over the weekend.

UPDATE: As this video was being published, Hawaii Volcanoes National Park closed a number of areas for overnight use due to an increase in seismic activity along the East Rift Zone. Those areas include all backcountry trails between Crater Rim Drive & the coast, as well as Kulanaokuaiki campground. They remain open for day use.

HAWAII VOLCANOES NATIONAL PARK – The lava lake continues to wow visitors to the Hawaii Volcanoes National Park. Although deflation set in over the weekend, and the lava level lowered a bit below the rim of the overlook crater, the summit of Kilauea volcano continues to be an awesome spectacle to behold.

Lava is constantly visible from the public viewing area at Jaggar Museum. Often, intense spattering can be seen on the lava lake, as well. 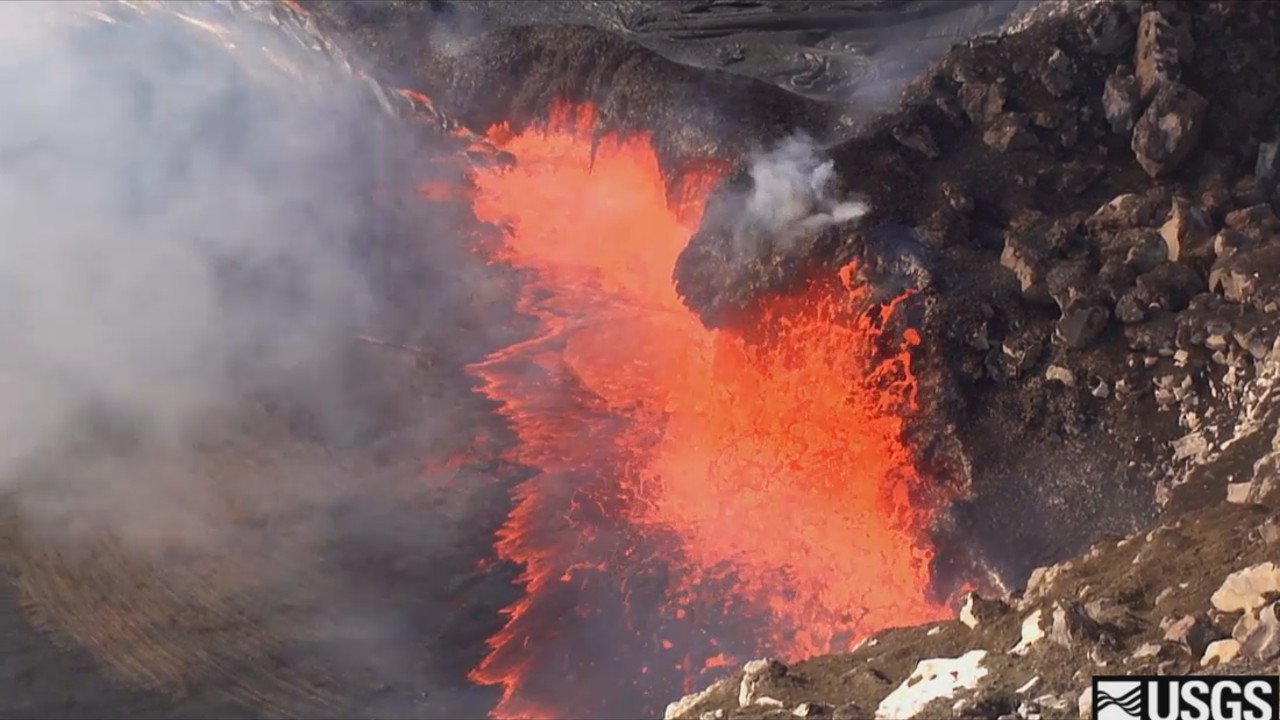 For the past few weeks, lava has been overflowing onto the floor of Halema’uma’u crater. Its the first time this has happened since the summit eruption began in March 2008.

The volcanic activity has drawn thousands to bear witness, leaving the National Park Service scrambling to keep up. We spoke to Jessica Ferracane, Public Affairs Specialist for the park, about the increase in visitors.

Our typical numbers are about 4,000 to 5,000 visitors a day both local and visitors flying in from out of state. With the rise to the lava lake, we’ve seen easily up to 8,000 visitors a day here in the National Park.Jessica Ferracane, HVNP

The National Park is open 24 hours a day, and Ferracane says peak visitation seems to be right around that sunset time, particularly on the weekends, Friday Saturday and Sunday night. She suggests timing your visit during the workweek either after ten o’clock at night or before sunrise.

People who wanna come up and enjoy the beautiful views of the lava lake should keep a couple things in mind:

Because of the increased visitation there is a lot of traffic in the National Park right now. To mitigate that, once the parking lot fills up at Jagger – which we have about 200 parking spots up there – park rangers will redirect people to park at the Kilauea Overlook parking lot. Once that one fills up they’ll be redirected to park at the Kilauea Military Camp ballfield. From there it’s about a one mile walk. So visitors should make sure that they have flashlight. Be prepared for rain and very cold temperatures at night so dressing in layers is very helpful.

Its also great to bring binoculars so you can see really close up the lava spatter, and all the neat things happening at the lava lake itself.Jessica Ferracane, HVNP

On Friday, the park opened a new area to onlookers, a short distance to the west of the museum overlook.