On Saturday before a full Edith Kanakaole Stadium in Hilo, the founding dean of the University of Hawai`i at Hilo Daniel K. Inouye College of Pharmacy delivered his Hawaii Island swan song.

HILO – On Saturday before a full Edith Kanakaole Stadium in Hilo, the dean of the University of Hawai`i at Hilo Daniel K. Inouye College of Pharmacy delivered his Hawaii Island swan song.

Since this is a commencement address, I’m supposed to tell you somtheing very profound and very philosophical. Sorry, thats the rules. So I thought today I would quote one of the greatest pilosophers of all time. And thats SpongeBob SquarePants.Dr. John Pezzuto

Channeling the popular cartoon character, SpongeBob’s The Best Day Ever song, played over an iPhone, was one of the memorable moments from the keynote speech. The entire address clocked in at just over ten minutes. It was the final UH-Hilo commencement for the founding dean of the pharmacy college. The university says the Pezzuto will leave in August to assume his new duties as professor and dean of the Arnold and Marie Schwartz College of Pharmacy and Health Sciences at Long Island University (LIU) in Brooklyn, New York.

Building this College and everything surrounding its creation has really become a part of my soul. So I’m certain that I will never really leave Hilo.” Dr. John Pezzuto

Pezzuto arrived at UH Hilo in 2006 from Purdue University, where he had served as professor and dean of the College of Pharmacy, Nursing and Health Sciences. He was tasked with creating a college from the ground up to serve Hawai’i and the Pacific region as envisioned by the late Hawai’i U.S. Senator for whom the institution is named.

Despite having no offices, staff or students, he assembled a team of world-renowned faculty, which enabled the then UH Hilo College of Pharmacy to seat an inaugural class of 90 students in 2007 and award its first degrees in 2011. Today, the College is fully accredited by the Accreditation Council for Pharmacy Education (ACPE), on track to become one of the nation’s top 25 institutions and can look forward to moving into new, modern facilities following last year’s groundbreaking on a permanent home.

Many people predicted the Daniel K. Inouye College of Pharmacy would fail. Some people seem to still aspire to make it fail. But I can tell you this college will not fail. And I hope you can view this as an example of how you, too, can be part of something that improves society while at the same time generating pride and self-contentment.”Dr. John Pezzuto 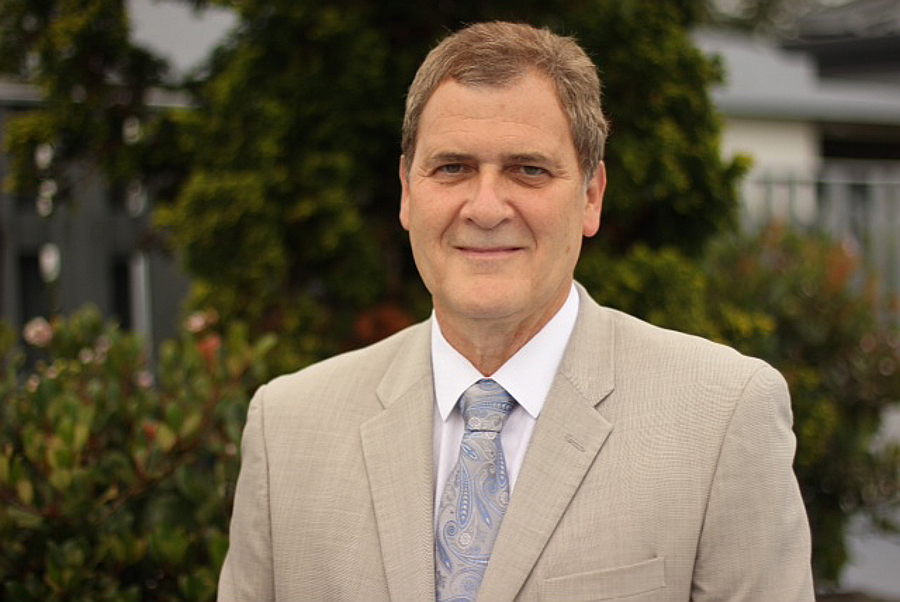