A three-year photography project involving three well known Hawaii photographers is set to get underway in the native forests of North Hawaii. The Kohala Watershed Partnership, a sponsored program of The Kohala Center, recently received funding to undertake Images of Kohala: Source of Water, Source of Life in order to capture images “from some of […]

A three-year photography project involving three well known Hawaii photographers is set to get underway in the native forests of North Hawaii. The Kohala Watershed Partnership, a sponsored program of The Kohala Center, recently received funding to undertake Images of Kohala: Source of Water, Source of Life in order to capture images “from some of the wildest and least accessible locations on Kohala Mountain.” Here is the media release courtesy the Kohala Center.

“Images of Kohala: Source of Water, Source of Life” is intended to inspire appreciation of native Hawaiian forests by documenting the flora, fauna, water, and atmospheres of Hawai‘i Island’s oldest and most ecologically diverse mountain.

Three professional “photographers-in-residence” will spend the first year accompanying the Partnership’s experienced field crew on day trips and extended camping expeditions into Kohala’s most extreme and rugged forests, streams, and wetlands. The project’s second year will focus on the publication of a book by University of Hawai‘i Press composed of the photographers’ work and observations, accompanied by place-based cultural narrative by Dr. Kamanamaikalani Beamer, president and CEO of The Kohala Center, and ecological narrative by Melora Purell, coordinator of the Kohala Watershed Partnership.

The photographers-in-residence will present public lectures and lead field trips for naturalists and other photographers in the community in the project’s second and third years, and a traveling photo exhibit will tour galleries on Hawai‘i Island, Maui, O‘ahu, and Kaua‘i in conjunction with the release of the book in mid-2017. The George P. and Ida Tenney Castle Trust, administered by trustee Bank of Hawaii, has committed funding support for the program’s first year, with the option to fund up to two additional years.

Cloud forests like those found on the slopes of Kohala Mountain host a disproportionate percentage of the planet’s rare and endemic—and increasingly vulnerable—species. “More than 90 percent of the plant and animal species found on Kohala are found nowhere else in the world, and the ever-increasing threats from invasive species, feral animals, and climate change have created a biodiversity crisis,” Purell said. “We must protect these species and their intact habitats now before they are lost forever. Natural and human communities on and around Kohala depend on the mountain to capture and store rainfall—our source of water and life. Not many people have the opportunity to visit a native forest or to understand firsthand the role a forest plays as their source of water. Our goal is to connect the public with these ‘wild places’ and inspire people of all ages and walks of life to cherish our native forests and work together to protect them. Our survival and that of our uniquely Hawaiian plants, birds, and other animals depends on it.” 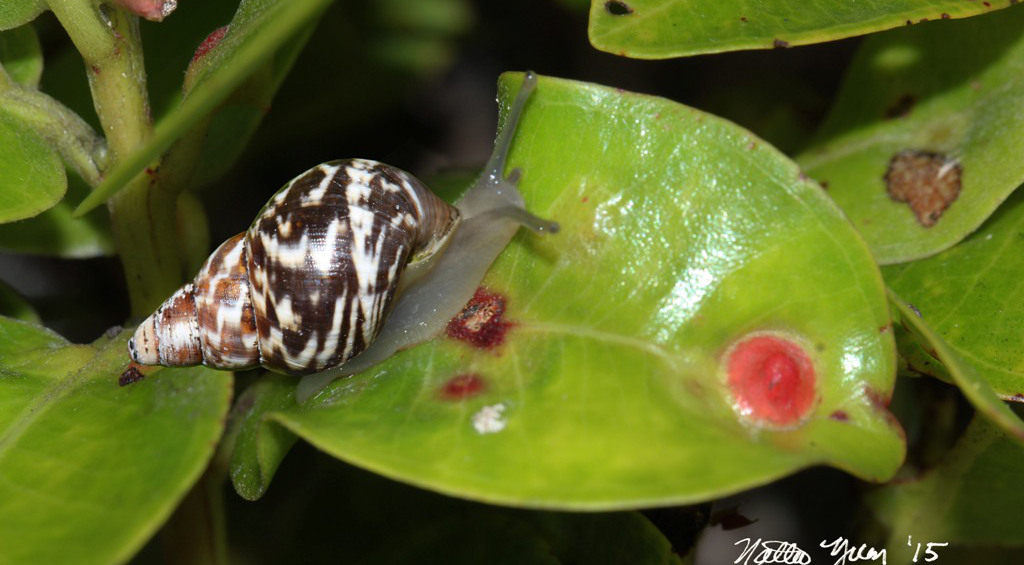 A rare kahuli tree snail (Partulina physa) crawls on an ʻōhiʻa leaf. Once found throughout Hawai‘i Island, its numbers have fallen dramatically over the past 50 years. Today the snail is found only on Kohala Mountain. (Photo © Nate Yuen)

Each of the photographers-in-residence brings extensive experience shooting in Hawai‘i’s wilderness environments and a demonstrated passion for environmental conservation to the project:

Jack Jeffrey of Pepe‘ekeo, Hawai‘i Island, worked for over 20 years as a wildlife biologist at Hakalau National Wildlife Refuge, and has been photographing Hawaii’s native flora and fauna for over 40 years. As one of Hawai‘i’s foremost natural history photographers, he captures striking images of Hawai‘i’s native birds that have become the international standard for Hawaiian bird photography.

Nate Yuen of Ewa Beach, O‘ahu, is a hiking enthusiast who found a passion for photography as a result of wanting to document the minute details he would see on his expeditions. Much of his work focuses on the unique and rare plants and animals that live in Hawai‘i’s native habitats, many of which are barely visible to the naked eye.

Andrew Richard Hara of Hilo specializes in capturing distinctive images of planet Earth. His photographs invite viewers to inhabit expansive, indescribable, often ethereal landscapes. He has worked with NASA, National Geographic, and Time Magazine, and recently has become the first and only FAA-approved commercial drone operation in Hawai‘i. 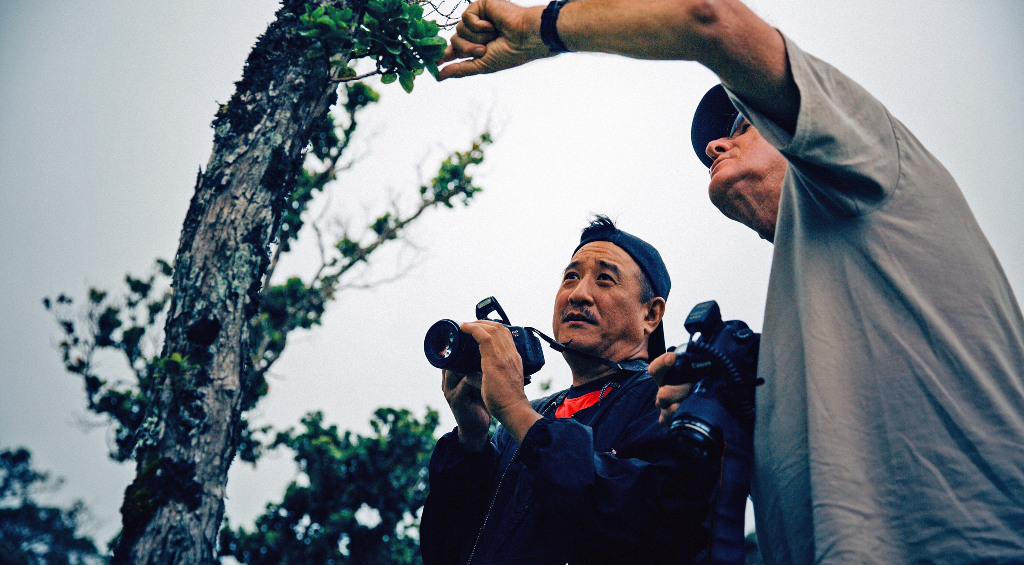 “Kohala Mountain’s rainforests have held a special place in my memories for 35 years,” said Jeffrey, who worked with the Hawai‘i Forest Bird Survey on the mountain in the late 1970s. “This project will take us and our audience to one of the most amazing, remote, and breathtaking places in the Hawaiian Islands. It’s not often that you get to work with renowned photographers and ecologists on a worthwhile project like this, and to be able share these visual moments with people from Hawai‘i and around the world. This is going to be an unbelievably rewarding experience.”

“For me, this project is an extension of my lifelong dedication to supporting progressive sciences and environmental conservation through visual communications,” said Hara. “I believe photography can empower our planet by raising awareness of how beautiful and fragile Earth is. This project represents me and my colleagues as creators, explorers, and devoted stewards of our shared planet.”

About The Kohala Center
Founded in the year 2000, The Kohala Center (kohalacenter.org) is an independent, community-based center for research, conservation, and education. We turn research and ancestral knowledge into action, so that communities in Hawai‘i and around the world can thrive—ecologically, economically, culturally, and socially.