James Moore, the Minister of Industry for Canada, announced on June 30 that Dynamic Structures, a division of Empire Industries Ltd. will design and manufacture the enclosure for the TMT. It will be built between 2015 and 2018, according to the company. 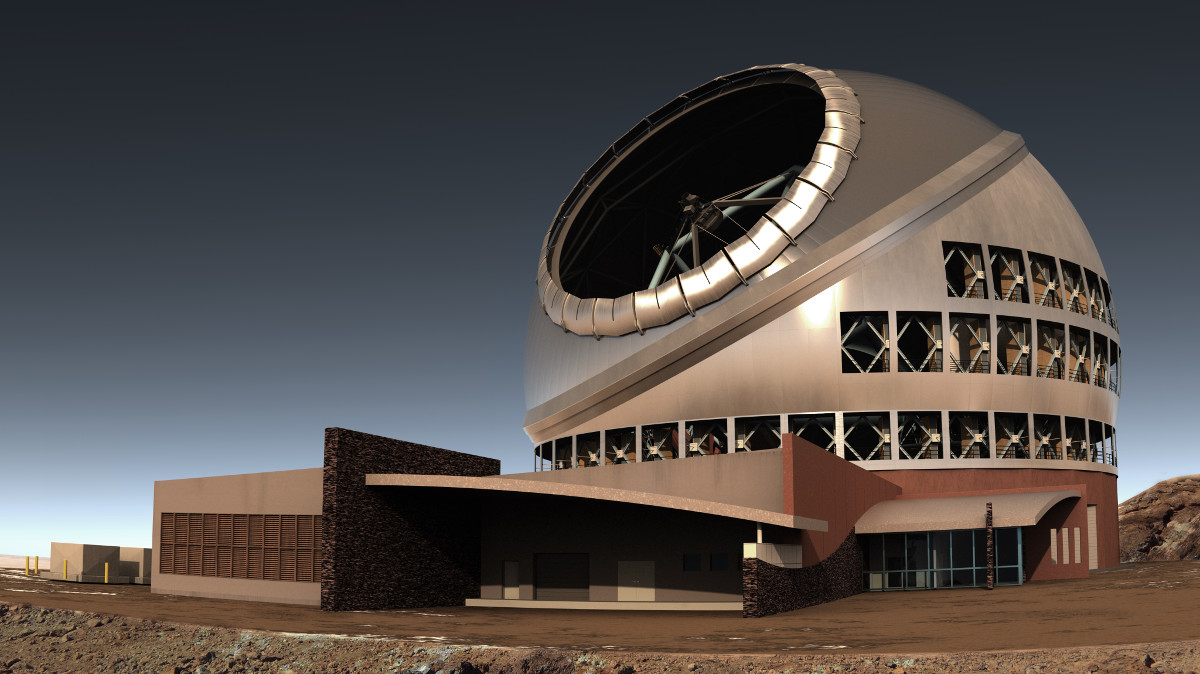 MAUNA KEA – A British Columbia company known for building amusement park rides and telescopes is receiving up to $70 million to build the precision-steel enclosure of the Thirty Meter Telescope.

James Moore, the Minister of Industry for Canada, announced on June 30 that Dynamic Structures, a division of Empire Industries Ltd. will design and manufacture the enclosure for the TMT, planned for the summit area of Mauna Kea. It will be built between 2015 and 2018, according to the company.

Subsequent phases of the Canadian enclosure project, including shipping the enclosure to the project site, supervision of the enclosure’s installation, and commissioning of the structure, may be added later as the as the overall project develops. – Empire Industries Ltd. on July 2, 2015

The announcement is not a surprise. Previous media releases from Empire Industries Ltd. stated that subsidiary Dynamic Structures “has been actively working on TMT since its inception over ten years ago. Dynamic Structures, working with Canadian astronomers, designed TMT’s calotte enclosure. The TMT enclosure will be built in Canada, exported and installed in Hawaii.”

The TMT enclosure is one of several key deliverables that Canada will be contributing to the TMT partnership as outlined in the April 6, 2015 press release when Prime Minister Stephen Harper announced Canada will provide $243.5 million over 10 years to support Canada’s participation in TMT. – Empire Industries Ltd. on July 2, 2015

A previous Dynamic media release stated that the adaptive optics instrument will also be built in Canada.

“This is a tremendously exciting time for our Dynamic Structures business unit. It is an honour to be selected to design and manufacture one of the most sophisticated moving structures on the planet. Dynamic Structures has been actively working on TMT since it was first conceived over ten years ago. We are proud to be selected to see it through to completion.” – Guy Nelson, Chief Executive Officer of Empire Industries Ltd.

Empire Industries does not appear to be concerned about the current controversy surrounding the TMT project, according to an investor presentation posted to the company’s website:

Disruptions in site construction activities will not have any effect on our operational activities in British Columbia. – Empire Industries Ltd. in May 12, 2015 presentation

According to the company, the design “significantly reduces the size and improves the speed of the enclosure, to effectively shield the telescope and instruments from temperature variations, unbalanced wind forces, snow and ice. The enclosure will rotate and open directly over the telescope.” When completed, the company says the enclosure “will be over 18 stories high and be assembled from over hundreds of thousands of parts.”

The company and its subsidiary was described in the media release: