MAUNA KEA - The access road and the Visitors Center remain closed, restrooms are locked and the water has been turned off. Those maintaining a vigil at the Hale Pohaku crosswalk have been at it for 100 days, and today they are providing portable toilets to the many visitors who continue to visit the mountain. 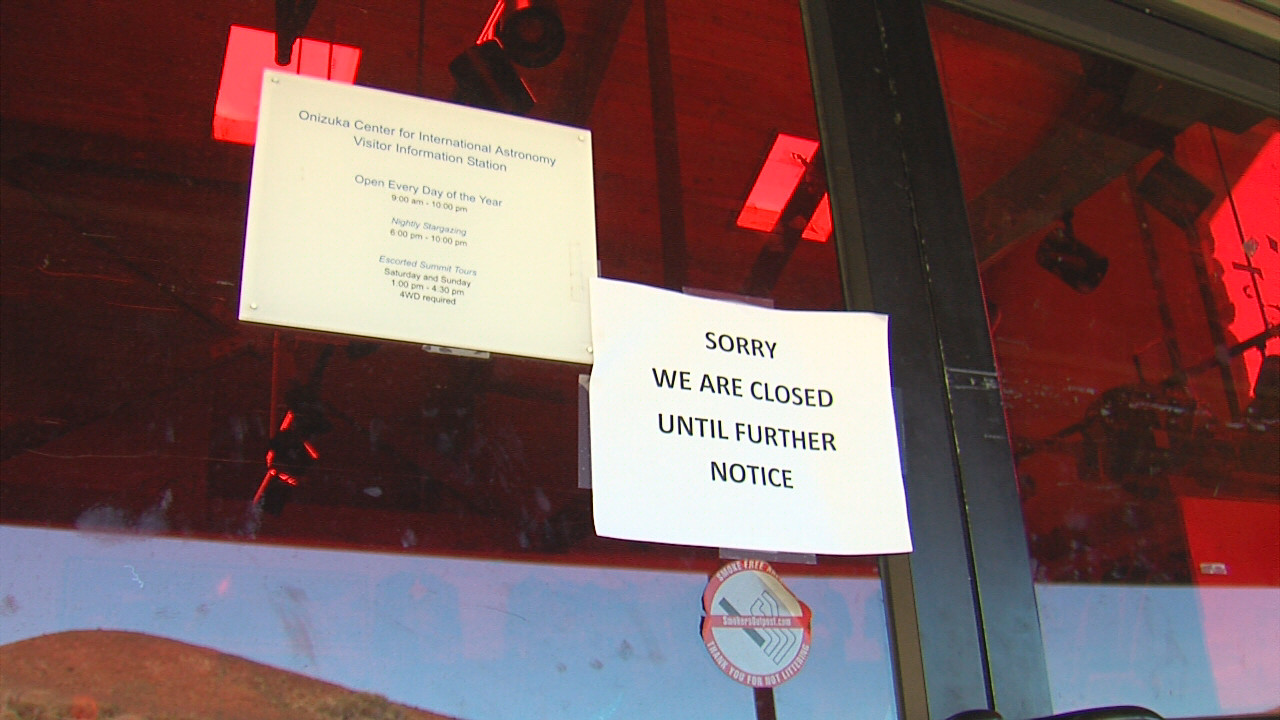 A small sign posted outside the VIS explains why the doors are locked.